Illness Is Fatal To Mrs. Arehart 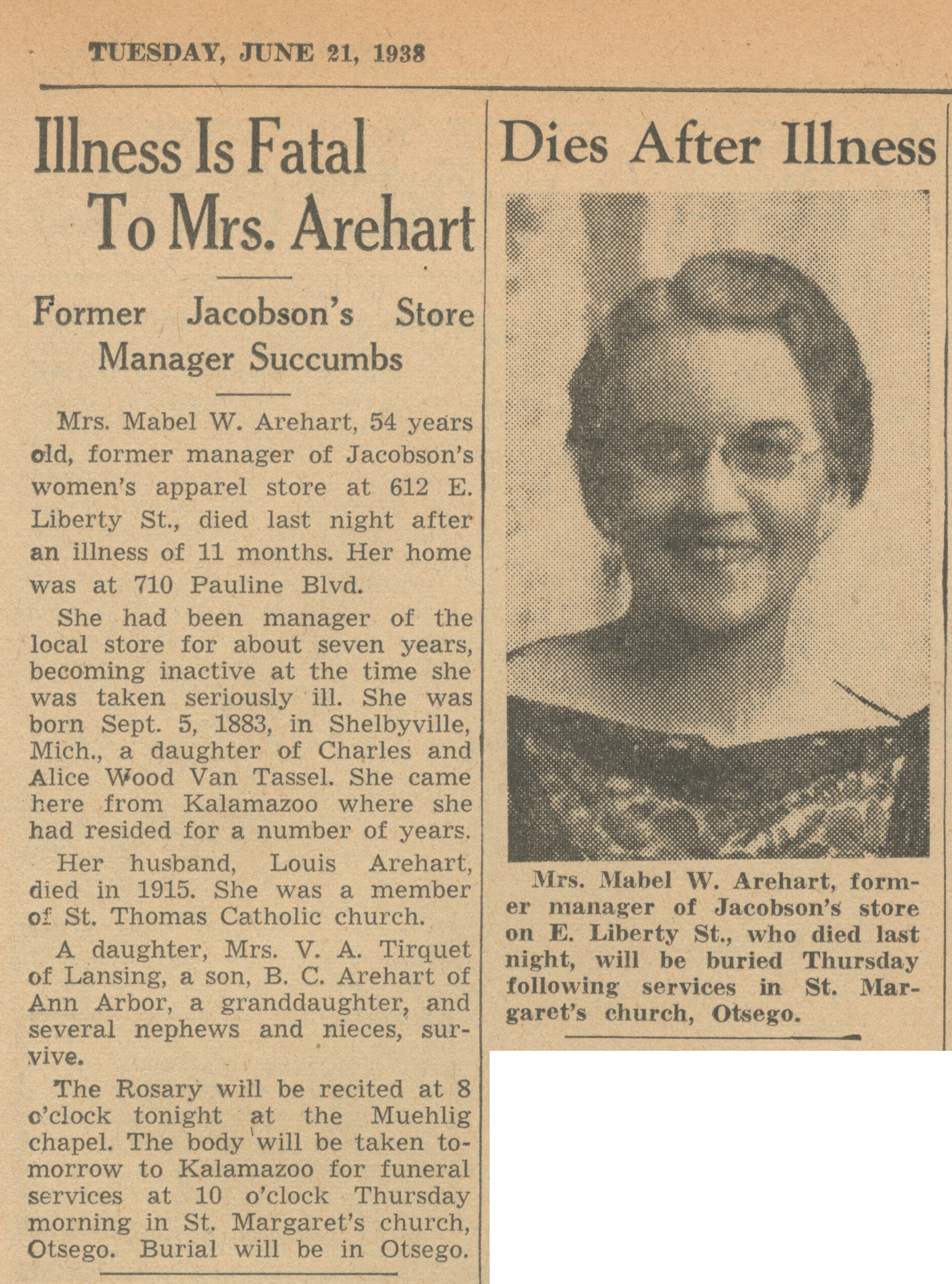 She had been manager of the local store for about seven years, becoming inactive at the time she was taken seriously ill. She was born Sept. 5, 1883, in Shelbyville, Mich., a daughter of Charles and Alice Wood Van Tassel. She came here from Kalamazoo where she had resided for a number of years.

Her husband, Louis Arehart, died in 1915. She was a member of St. Thomas Catholic church.

A daughter, Mrs. V. A. Tirquet of Lansing, a son, B. C. Arehart of Ann Arbor, a granddaughter, and several nephews and nieces, survive.

The Rosary will be recited at 8 o'clock tonight at the Muehlig chapel. The body will be taken tomorrow to Kalamazoo for funeral services at 10 o'clock Thursday morning in St. Margaret's church, Otsego. Burial will be in Otsego.