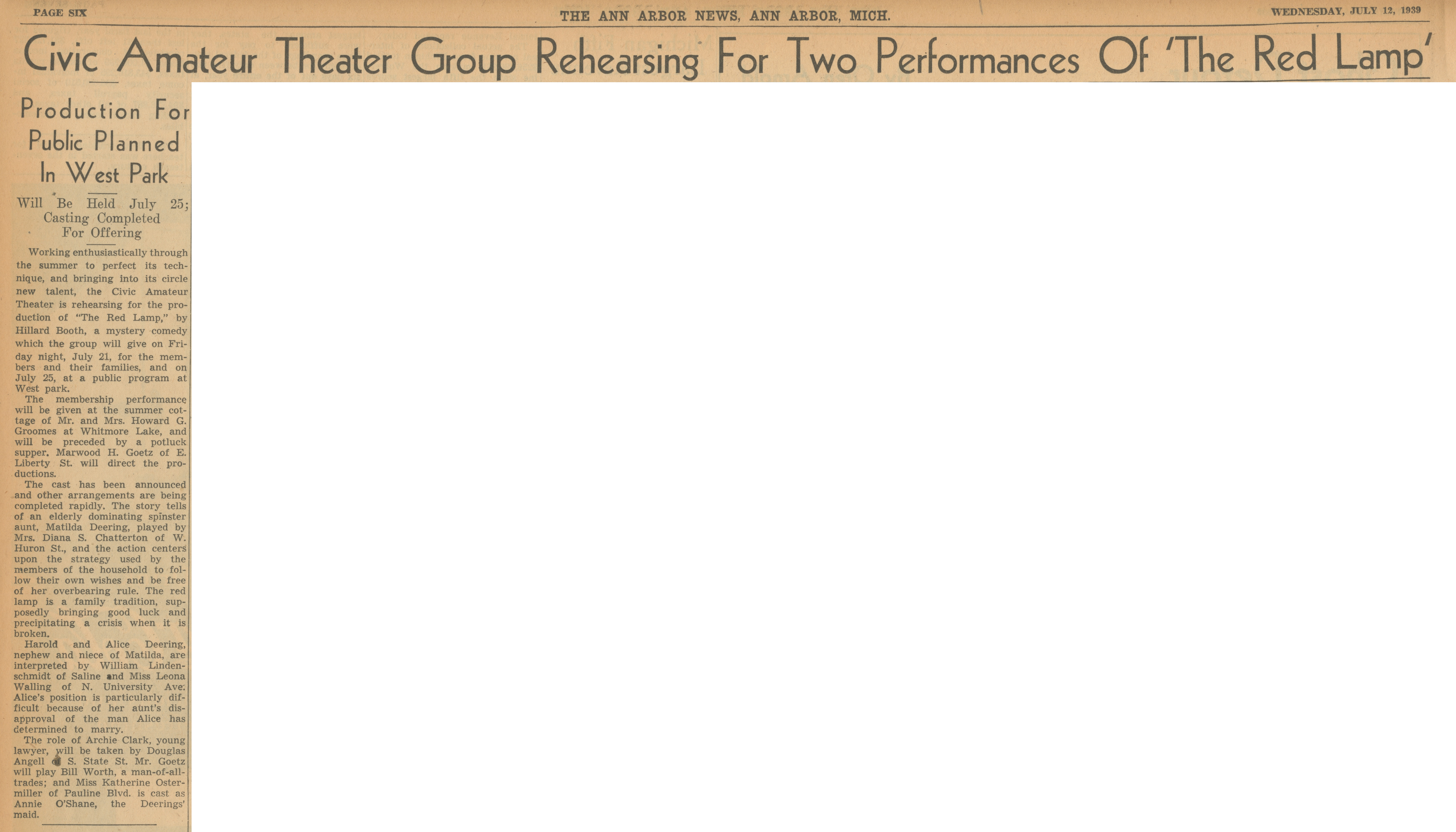 Will Be Held July 25: Casting Completed For Offering

Working enthusiastically through the summer to perfect its technique, and bringing into its circle new talent, the Civic Amateur Theater is rehearsing for the production of "The Red Lamp,” by Hillard Booth, a mystery comedy which the group will give on Friday night, July 21, for the members and their families, and July 25, at a public program at West park.

The membership performance will be given at the summer cottage of Mr. and Mrs. Howard G. Groomes at Whitmore Lake, and will be preceded by a potluck supper. Marwood H. Goetz of E. Liberty St will direct the productions.

The cast has been announced and other arrangements are being completed rapidly. The story tells of an elderly dominating spinster aunt, Matilda Deering, played by Mrs. Diana S. Chatterton of W. Huron St., and the action centers upon the strategy used by the members of the household to follow their own wishes and be free of her overbearing rule. The red lamp is a family tradition, supposedly bringing good luck and precipitating a crisis when it is broken.

Harold and Alice Deering, nephew and niece of Matilda, are interpreted by William Lindenschmidt of Saline and Miss Leona Walling of N. University Ave. Alice’s position is particularly difficult because of her aunt's disapproval of the man Alice has determined to marry.

The role of Archie Clark, young lawyer, will be taken by Douglas Angell of S. State St. Mr. Goetz will play Bill Worth, a man-of-all-trades; and Miss Katherine Ostermiller of Pauline Blvd. is cast as Annie O’Shane, the Deerings' maid.