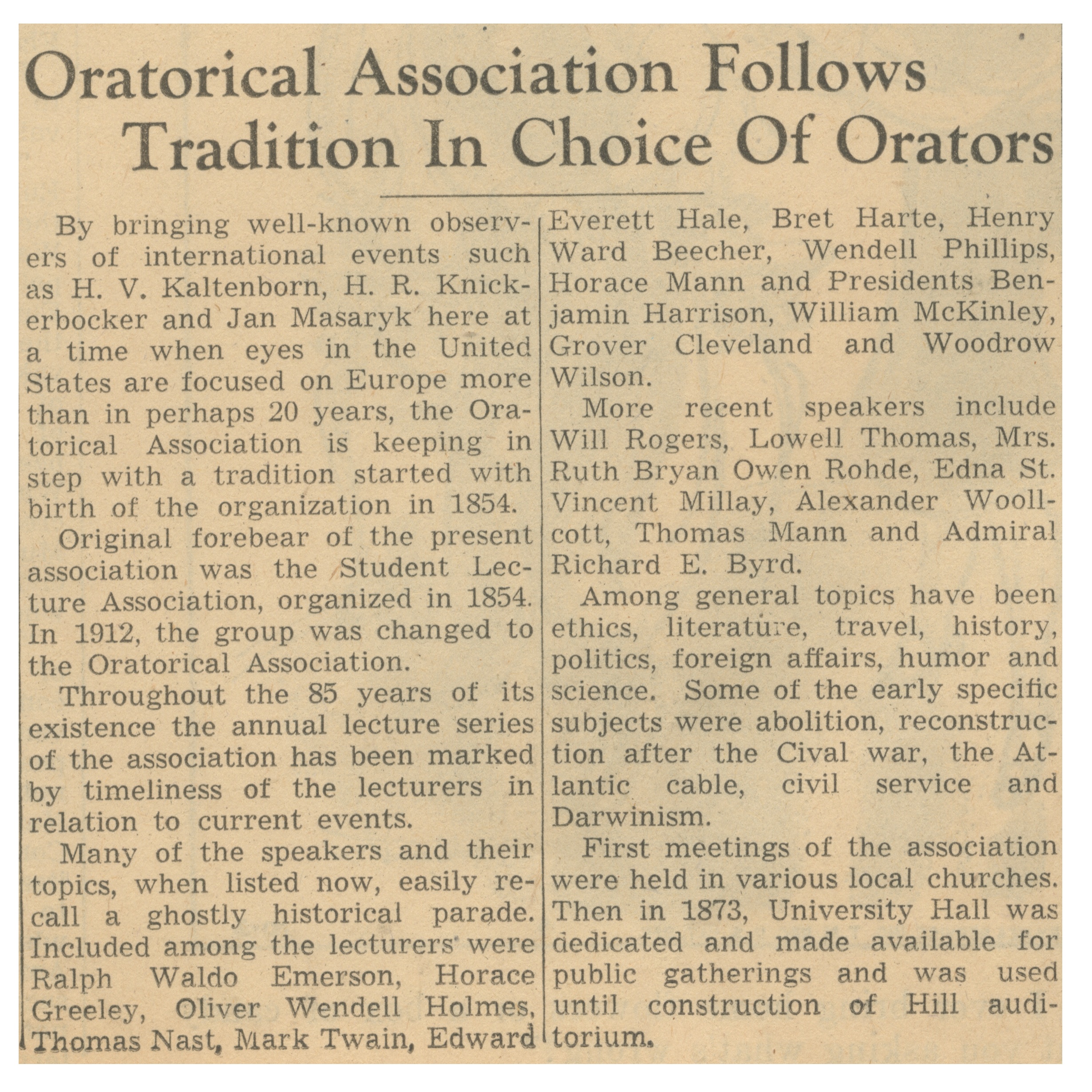 By bringing well-known observers of international events such as H. V. Kaltenborn, H. R. Knickerbocker and Jan Masaryk here at a time when eyes in the United States are focused on Europe more than in perhaps 20 years, the Oratorical Association is keeping in step with a tradition started with birth of the organization in 1854.

Original forebear of the present association was the Student Lecture Association, organized in 1854. In 1912, the group was changed to the Oratorical Association.

Throughout the 85 years of its existence the annual lecture series of the association has been marked by timeliness of the lecturers in relation to current events.

Among general topics have been ethics, literature, travel, history, politics, foreign affairs, humor and science. Some of the early specific subjects were abolition, reconstruction after the Civil war, the Atlantic cable, civil service and Darwinism.

First meetings of the association were held in various local churches. Then in 1873, University Hall was dedicated and made available for public gatherings and was used until construction of Hill auditorium.