For Suffering Finnish Civilians Not For Soldiers 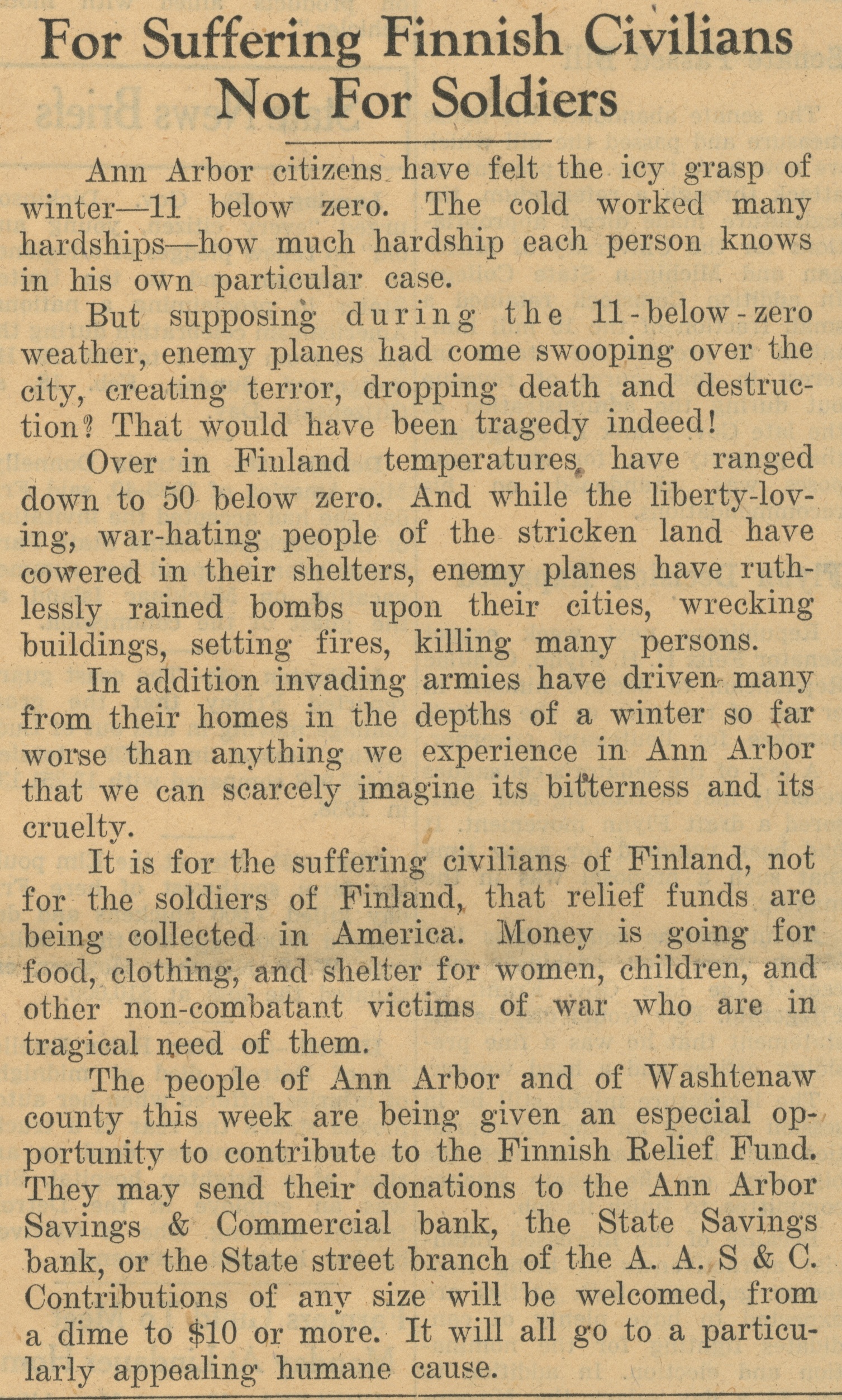 ﻿For Suffering Finnish Civilians Not For Soldiers

Ann Arbor citizens, have felt the icy grasp of winter—11 below zero. The cold worked many hardships—how much hardship each person knows in his own particular case.

But supposing during the 11-below-zero weather, enemy planes had come swooping over the city, creating terror, dropping death and destruction? That would have been tragedy indeed!

Over in Finland temperatures, have ranged down to 50 below zero. And while the liberty-loving, war-hating people of the stricken land have cowered in their shelters, enemy planes have ruthlessly rained bombs upon their cities, wrecking buildings, setting fires, killing many persons.

In addition invading armies have driven- many from their homes in the depths of a winter so far worse than anything we experience in Ann Arbor that we can scarcely imagine its bitterness and its cruelty.

It is for the suffering civilians of Finland, not for the soldiers of Finland, that relief funds are being collected in America. Money is going for food, clothing, and shelter for women, children, and other non-combatant victims of war who are in tragical need of them.

The people of Ann Arbor and of Washtenaw county this week are being given an especial opportunity to contribute to the Finnish Relief Fund. They may send their donations to the Ann Arbor Savings & Commercial bank, the State Savings bank, or the State street branch of the A. A. S & C. Contributions of any size will be welcomed, from a dime to $10 or more. It will all go to a particularly appealing humane cause.