Don't Get Into An Argument With These Boys 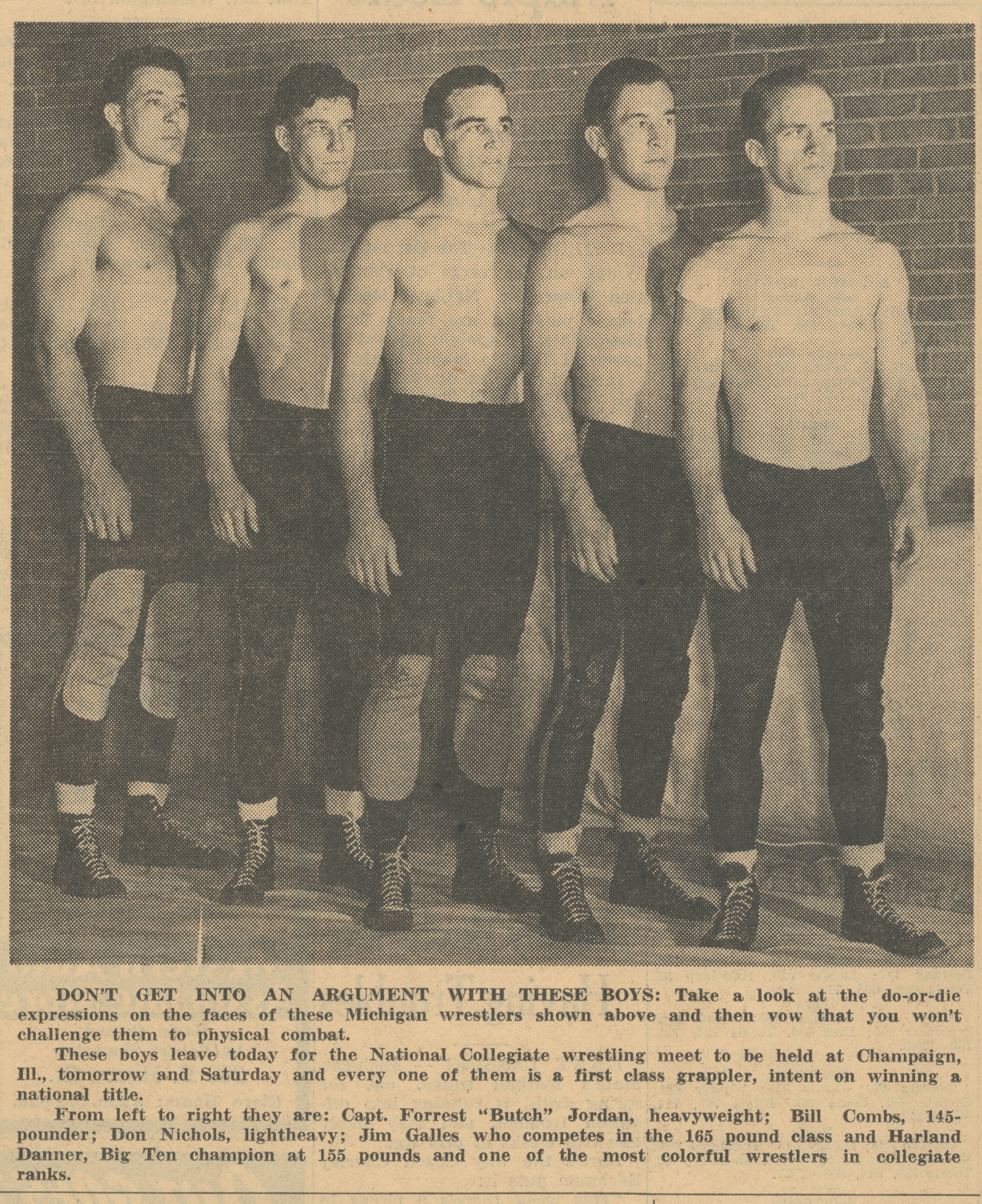 ﻿DON’T GET INTO AN ARGUMENT WITH THESE BOYS: Take a look at the do-or-die expressions on the faces of these Michigan wrestlers shown above and then vow that you won’t challenge them to physical combat.

These boys leave today for the National Collegiate wrestling meet to be held at Champaign, Ill., tomorrow and Saturday and every one of them is a first class grappler, intent on winning a national title.

From left to right they are: Capt. Forrest “Butch" Jordan, heavyweight; Bill Combs, 145-pounder; Don Nichols, lightheavy; Jim Galles who competes in the 165 pound class and Harland Danner, Big Ten champion at 155 pounds and one of the most colorful wrestlers in collegiate ranks.