Local Colony Of Guests From War-Torn Britain To Be Increased By Reeves Family: Party of Seven To Sail Late This Month 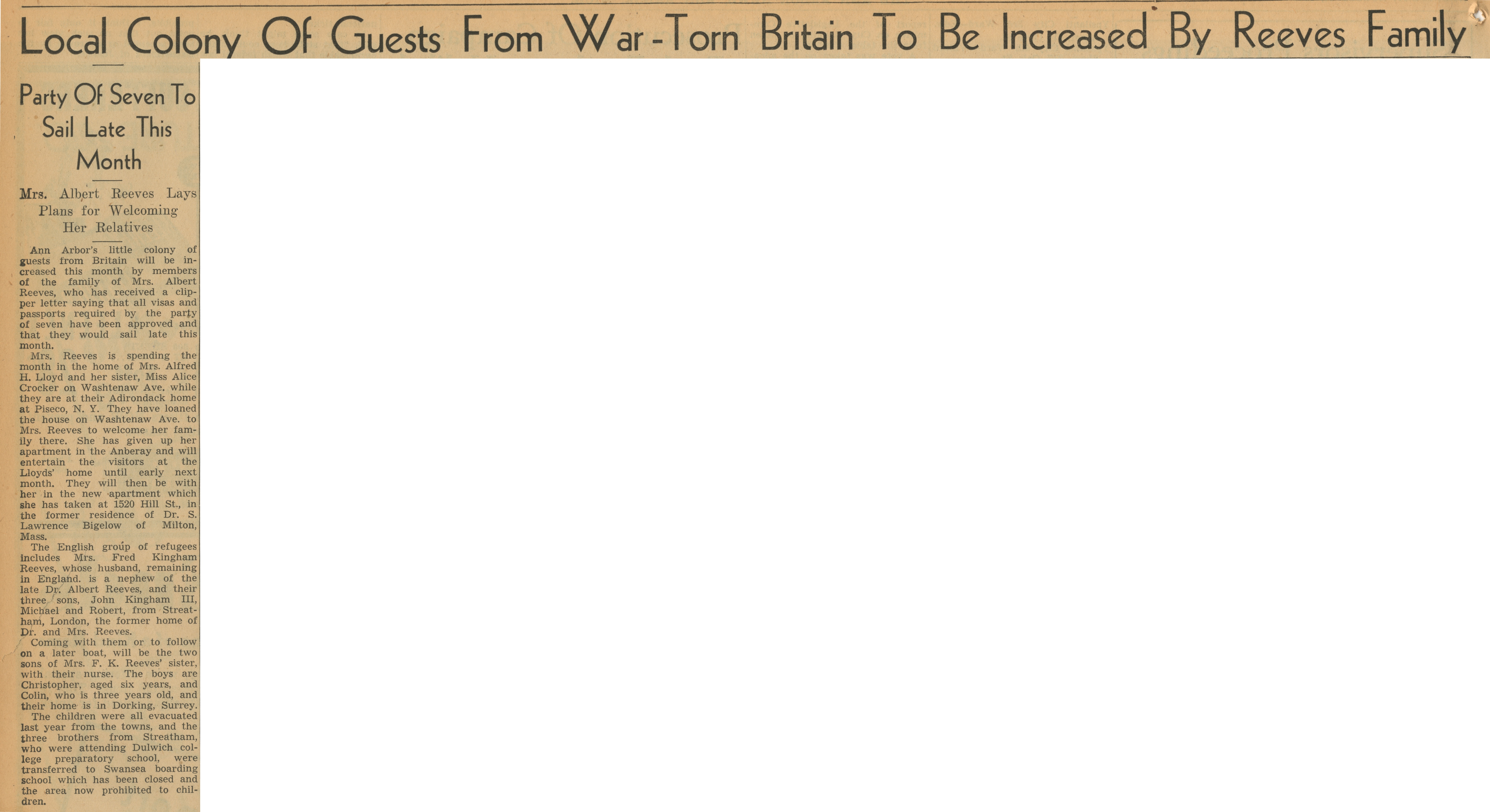 Party Of Seven To Sail Late This Month

Ann Arbor's little colony of guests from Britain will be increased this month by members of the family of Mrs. Albert Reeves, who has received a clipper letter saying that all visas and passports required by the party of seven have been approved and that they would sail late this month.

Mrs. Reeves is spending the month in the home of Mrs. Alfred H. Lloyd and her sister, Miss Alice Crocker on Washtenaw Ave. while they are at their Adirondack home at Piseco, N. Y. They have loaned the house on Washtenaw Ave. to Mrs. Reeves to welcome her family there. She has given up her apartment in the Anberay and will entertain the visitors at the Lloyds’ home until early next month. They will then be with her in the new apartment which she has taken at 1520 Hill St., in the former residence of Dr. S. Lawrence Bigelow of Milton, Mass.

The English group of refugees includes Mrs. Fred Kingham Reeves, whose husband, remaining in England, is a nephew of the late Dr. Albert Reeves, and their three sons, John Kingham III, Michael and Robert, from Streatham, London, the former home of Dr. and Mrs. Reeves.

Coming with them or to follow on a later boat, will be the two sons of Mrs. F. K. Reeves’ sister, with their nurse. The boys are Christopher, aged six years, and Colin, who is three years old, and their home is in Dorking, Surrey.

The children were all evacuated last year from the towns, and the three brothers from Streatham, who were attending Dulwich college preparatory school, were transferred to Swansea boarding school which has been closed and the area now prohibited to children.