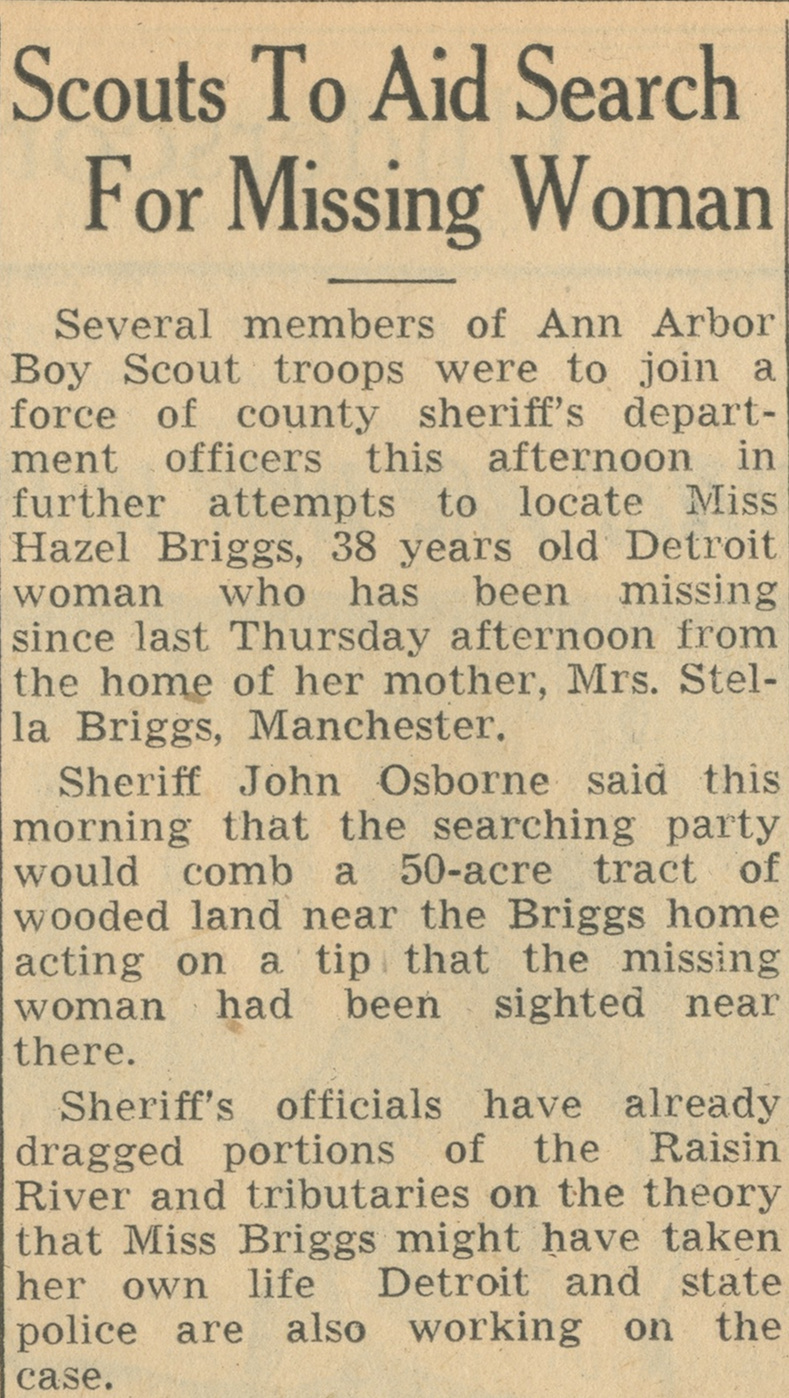 Several members of Ann Arbor Boy Scout troops were to join a force of county sheriff's department officers this afternoon in further attempts to locate Miss Hazel Briggs, 38 years old Detroit woman who has been missing since last Thursday afternoon from the home of her mother, Mrs. Stella Briggs, Manchester.

Sheriff John Osborne said this morning that the searching party would comb a 50-acre tract of wooded land near the Briggs home acting on a tip that the missing woman had been sighted near there.

Sheriff's officials have already dragged portions of the Raisin River and tributaries on the theory that Miss Briggs might have taken her own life. Detroit and state police are also working on the