900 Expected To Register For Army Draft Tuesday: Armory And City Hall At Ypsilanti Chosen For Work 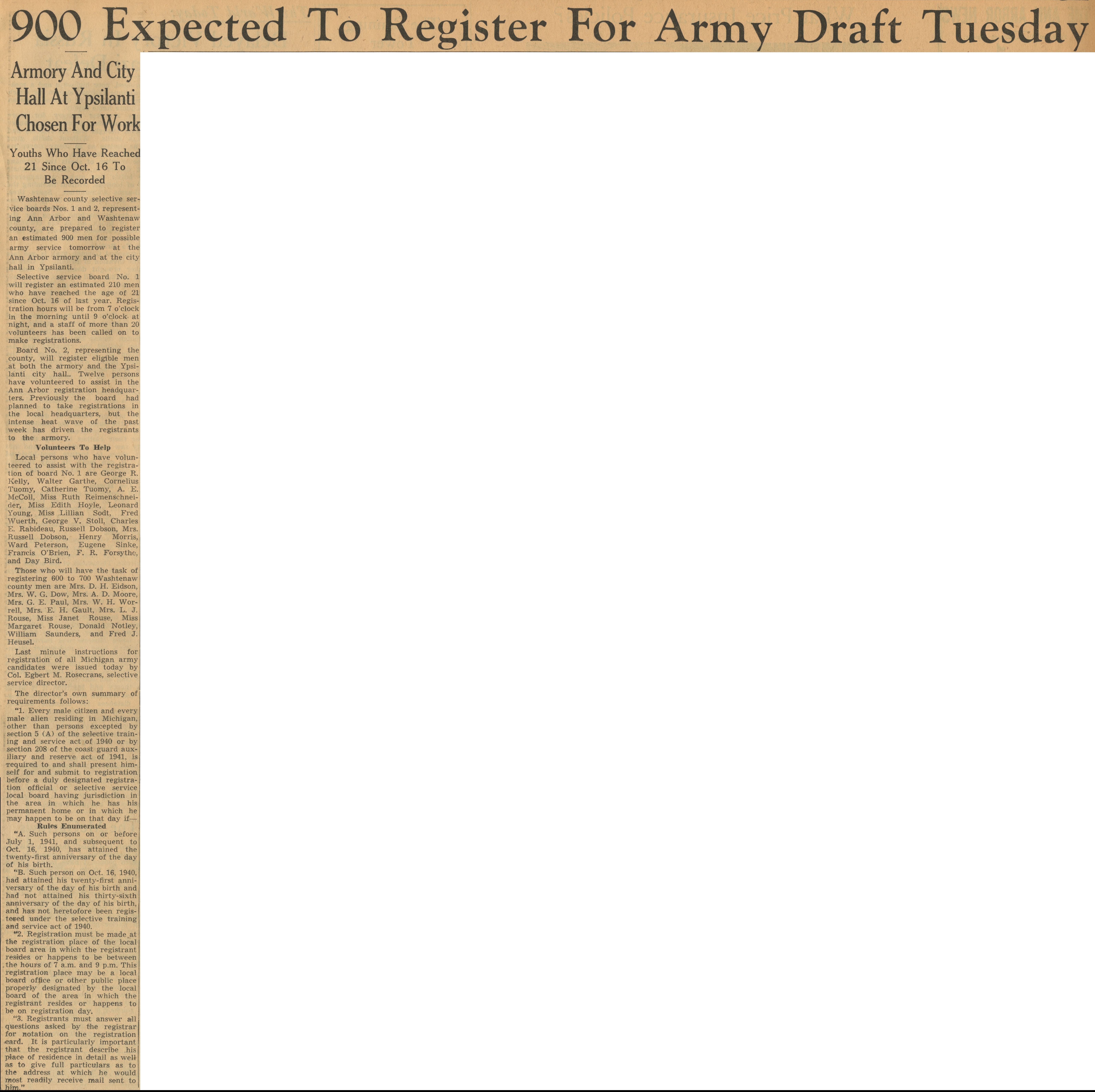 Armory And City Hall At Ypsilanti Chosen For Work

Youths Who Have Reached 21 Since Oct. 16 To Be Recorded

Washtenaw county selective service boards Nos. 1 and 2, representing Ann Arbor and Washtenaw county, are prepared to register an estimated 900 men for possible army service tomorrow at the Ann Arbor armory and at the city hall in Ypsilanti.

Selective service board No. 1 will register an estimated 210 men who have reached the age of 21 since Oct. 16 of last year. Registration hours will be from 7 o'clock in the morning until 9 o'clock at night, and a staff of more than 20 volunteers has been called on to make registrations.

Board No. 2, representing the county, will register eligible men at both the armory and the Ypsilanti city hall.. Twelve persons have volunteered to assist in the Ann Arbor registration headquarters. Previously the board had planned to take registrations in the local headquarters, but the intense heat wave of the past week has driven the registrants to the armory.

The director’s own summary of requirements follows:

“1. Every male citizen and every male alien residing in Michigan, other than persons excepted by section 5 (A) of the selective training and service act of 1940 or by-section 208 of the coast guard auxiliary and reserve act of 1941, is required to and shall present himself for and submit to registration before a duly designated registration official or selective service local board having jurisdiction in the area in which he has his permanent home or in which he may happen to be on that day if—

“3. Registrants must answer all questions asked by the registrar for notation on the registration card. It is particularly important that the registrant describe his place of residence in detail as well as to give full particulars as to the address at which he would most readily receive mail sent to him."