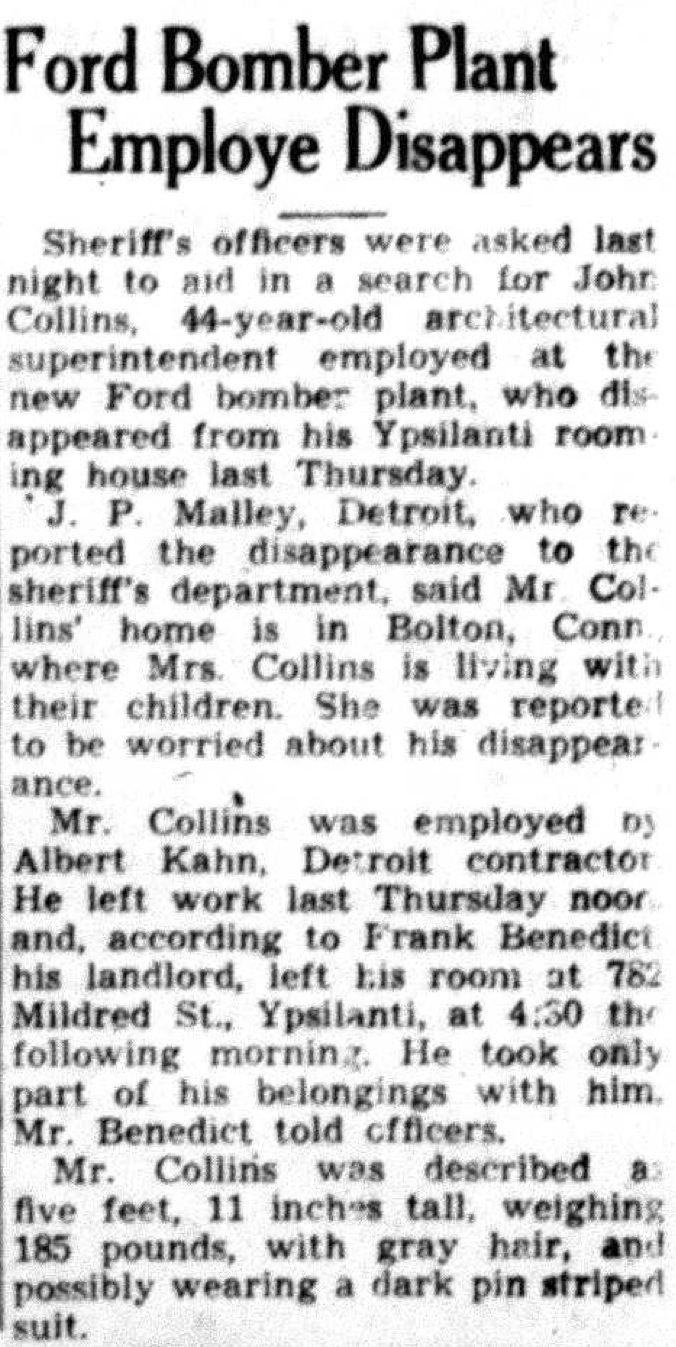 Sheriff’s officers were asked last night to aid in a search for John Collins, 44-year-old architectural superintendent employed at the new Ford bombing plant, who disappeared from his Ypsilanti rooming house last Thursday * J. P Malley, Detroit, who reported the disappearance to the sheriff’s department, said Mr Collins' home is in Bolton, Conn where Mrs Collins is living with their children. She was reported to be worried about his disappearance.

Mr. Collins was employed by Albert Kahn. Detroit contractor He left work last Thursday noon and, according to Frank Benedict his landlord, left his room at 782 Mildred St., Ypsilanti, at 4:30 the following morning. He took only part of his belongings with him Mr. Benedict told officers.