Thespians Praised For Treatment Of Drama 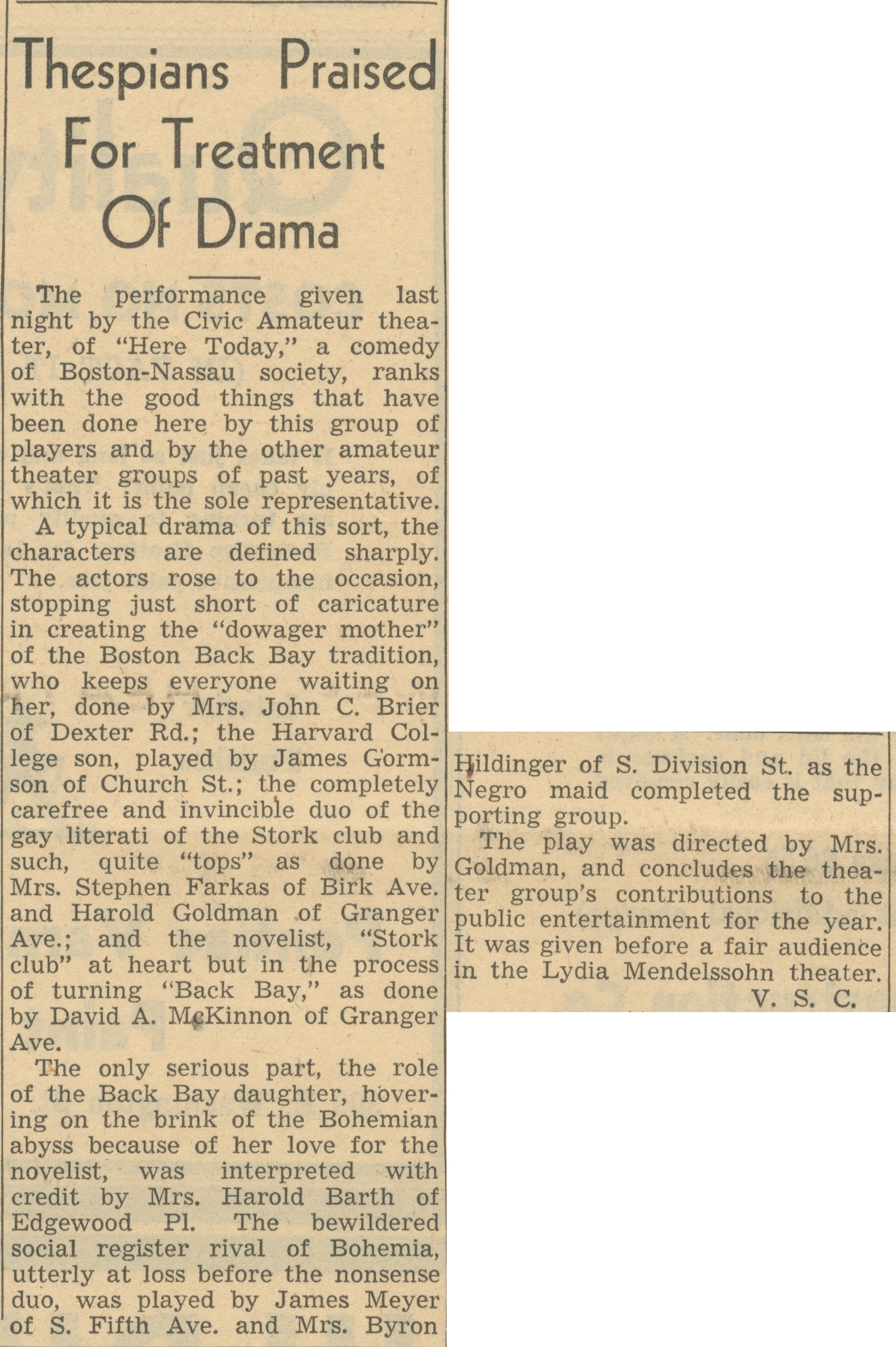 ﻿Thespians Praised For Treatment Of Drama

The performance given last night by the Civic Amateur theater, of “Here Today,” a comedy of Boston-Nassau society, ranks with the good things that have been done here by this group of players and by the other amateur theater groups of past years, of which it is the sole representative.

A typical drama of this sort, the characters are defined sharply. The actors rose to the occasion, stopping just short of caricature in creating the “dowager mother” of the Boston Back Bay tradition, who keeps everyone waiting on her, done by Mrs. John C. Brier of Dexter Rd.; the Harvard College son, played by James Gormson of Church St.; the completely carefree and invincible duo of the gay literati of the Stork club and such, quite “tops” as done by Mrs. Stephen Farkas of Birk Ave. and Harold Goldman of Granger Ave.; and the novelist, "Stork club” at heart but in the process of turning “Back Bay,” as done by David A. McKinnon of Granger Ave.

The only serious part, the role of the Back Bay daughter, hovering on the brink of the Bohemian abyss because of her love for the novelist, was interpreted with credit by Mrs. Harold Barth of Edgewood Pl. The bewildered social register rival of Bohemia, utterly at loss before the nonsense duo, was played by James Meyer of S. Fifth Ave. and Mrs. Byron Hildinger of S. Division St. as the Negro maid completed the supporting group.

The play was directed by Mrs. Goldman, and concludes the theater group’s contributions to the public entertainment for the year. It was given before a fair audience in the Lydia Mendelssohn theater.