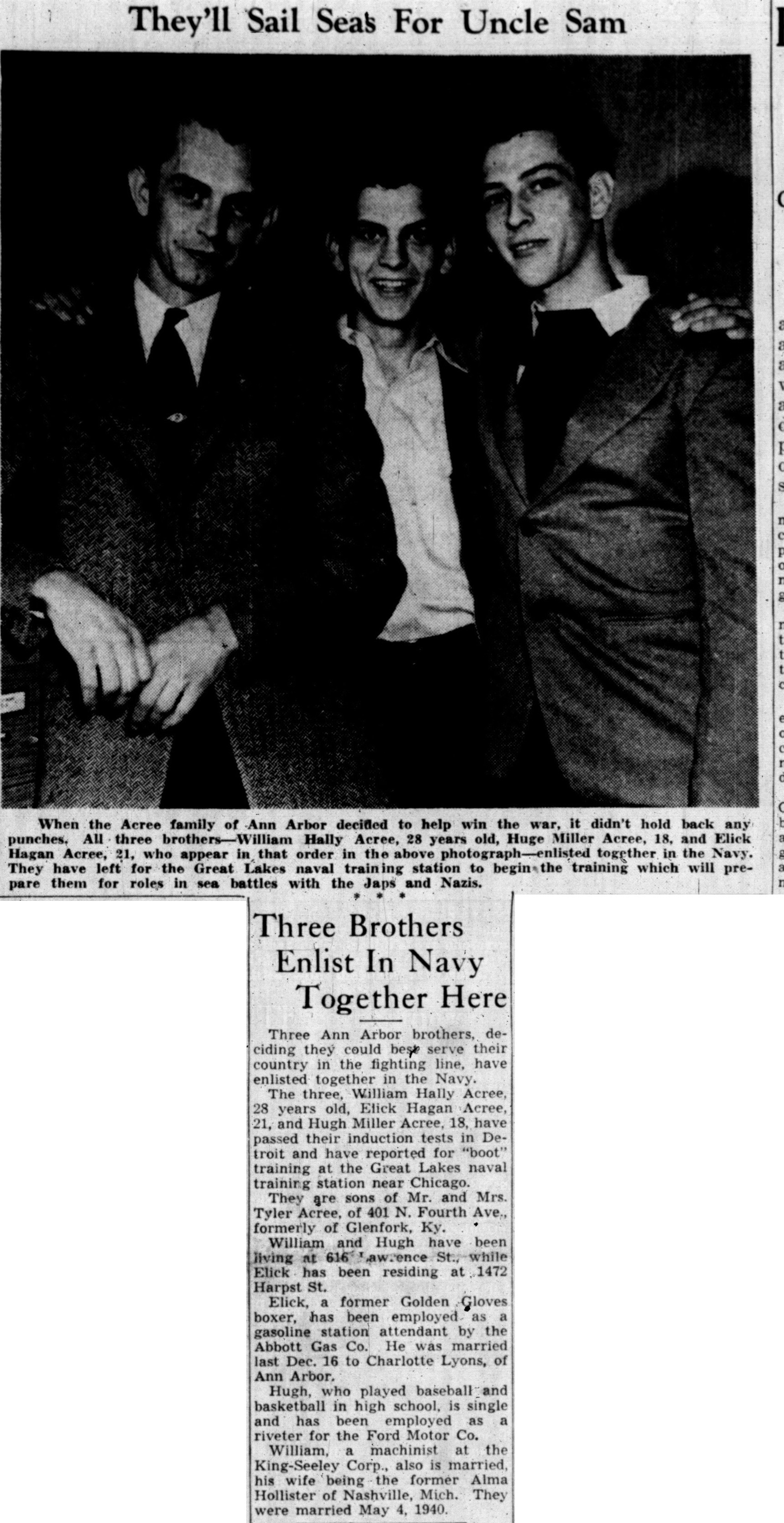 When the Acree family of Ann Arbor decided to help win the war, it didn't hold back any punches. All three brothers—William Hally Acree, 28 years old, Hugh Miller Acree, 18, and Elick Hagan Acree, 21, who appear in that order in the above photograph—enlisted together in the Navy. They have left for the Great Lakes naval training station to begin the training which will prepare them for roles in sea battles with the Japs and Nazis.

Three Ann Arbor brothers, deciding they could best serve their country in the fighting line, have enlisted together in the Navy.

The three, William Hally Acree, 28 years old, Elick Hagan Acree, 21, and Hugh Miller Acree, 18, have passed their induction tests in Detroit and have reported for “boot" training at the Great Lakes naval training station near Chicago.

William and Hugh have been living at 616 Lawrence St., while Elick has been residing at 1472 Harpst St.

Elick, a former Golden Gloves boxer, has been employed as a gasoline station attendant by the Abbott Gas Co. He was married last Dec. 16 to Charlotte Lyons, of Ann Arbor.

Hugh, who played baseball and basketball in high school, is single and has been employed as a riveter for the Ford Motor Co.

William, a machinist at the King-Seeley Corp., also is married, his wife being the former Alma Hollister of Nashville, Mich. They were married May 4, 1940.