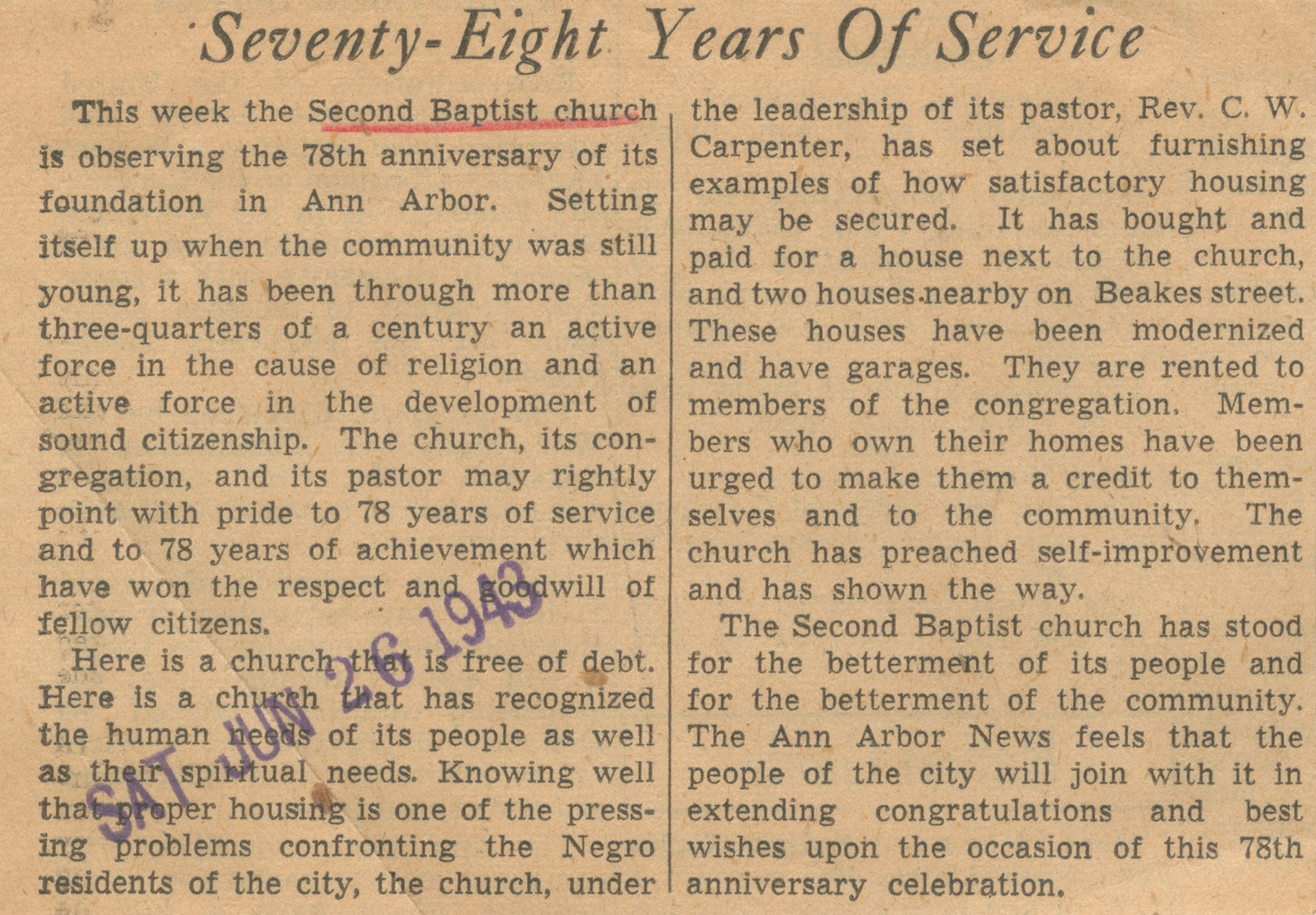 This week the Second Baptist church is observing the 78th anniversary of its foundation in Ann Arbor. Setting itself up when the community was still young, it has been through more than three-quarters of a century an active force in the cause of religion and an active force in the development of sound citizenship. The church, its congregation, and its pastor may rightly point with pride to 78 years of service and to 78 years of achievement which have won the respect and goodwill of fellow citizens.

Here is a church that is free of debt. Here is a church that has recognized the human needs of its people as well as their spiritual needs. Knowing well that proper housing is one of the pressing problems confronting the Negro residents of the city, the church, under the leadership of its pastor, Rev. C. W. Carpenter, has set about furnishing examples of how satisfactory housing may be secured. It has bought and paid for a house next to the church, and two houses nearby on Beakes street. These houses have been modernized and have garages. They are rented to members of the congregation. Members who own their homes have been urged to make them a credit to themselves and to the community. The church has preached self-improvement and has shown the way.