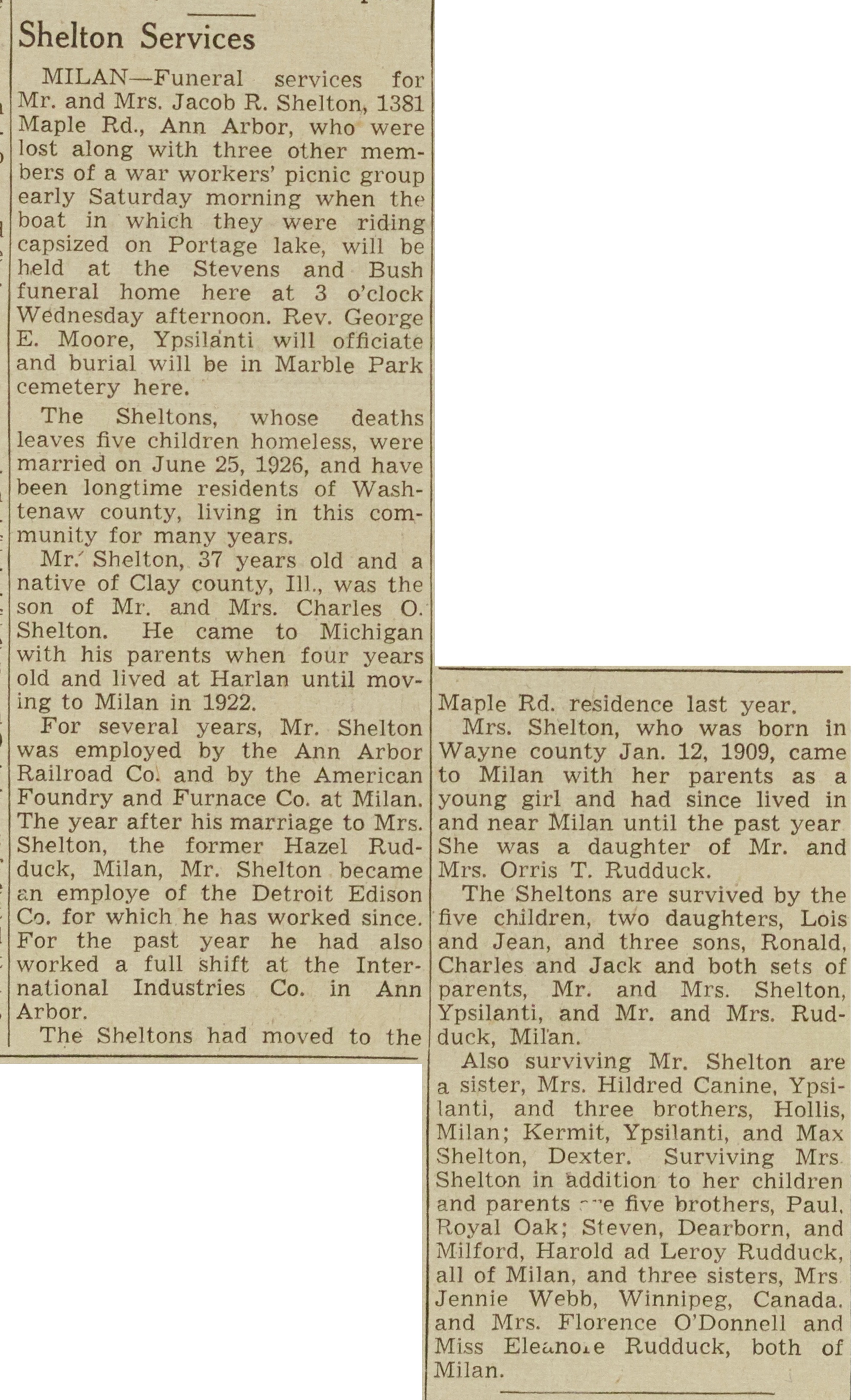 MILAN - Funeral services for Mr. and Mrs. Jacob R. Shelton, 1381 Maple Rd., Ann Arbor, who were lost along with three other members of a war workers' picnic group early Saturday morning when the boat in which they were riding capsized on Portage lake, will be held at the Stevens and Bush funeral home here at 3 o'clock Wednesday afternoon. Rev. George E. Moore, Ypsilanti, will officiate and burial will be in Marble Park cemetery here.

The Sheltons, whose deaths leaves five children homeless, were married on June 25, 1926, and have been longtime residents of Washtenaw county, living in this community for many years.

Mr. Shelton, 37 years old and a native of Clay county, Ill., was the son of Mr. and Mrs. Charles O. Shelton. He came to Michigan with his parents when four years old and lived at Harlan until moving to Milan in 1922.

For several years, Mr. Shelton was employed by the Ann Arbor Railroad Co. and by the American Foundry and Furnace Co. at Milan. The year after his marriage to Mrs. Shelton, the former Hazel Rudduck, Milan, Mr. Shelton became an employe of the Detroit Edison Co. for which he has worked since. For the past year he had also worked a full shift at the International Industries Co. in Ann Arbor.

The Sheltons had moved to the Maple Rd. residence last year.

Mrs. Shelton, who was born in Wayne county Jan. 12, 1909, came to Milan with her parents as a young girl and had since lived in and near Milan until the past year. She was a daughter of Mr. and Mrs. Orris T. Rudduck.

The Sheltons are survived by the five children, two daughters, Lois and Jean, and three sons, Ronald, Charles and Jack and both sets of parents, Mr. and Mrs. Shelton, Ypsilanti, and Mr. and Mrs. Rudduck, Milan.