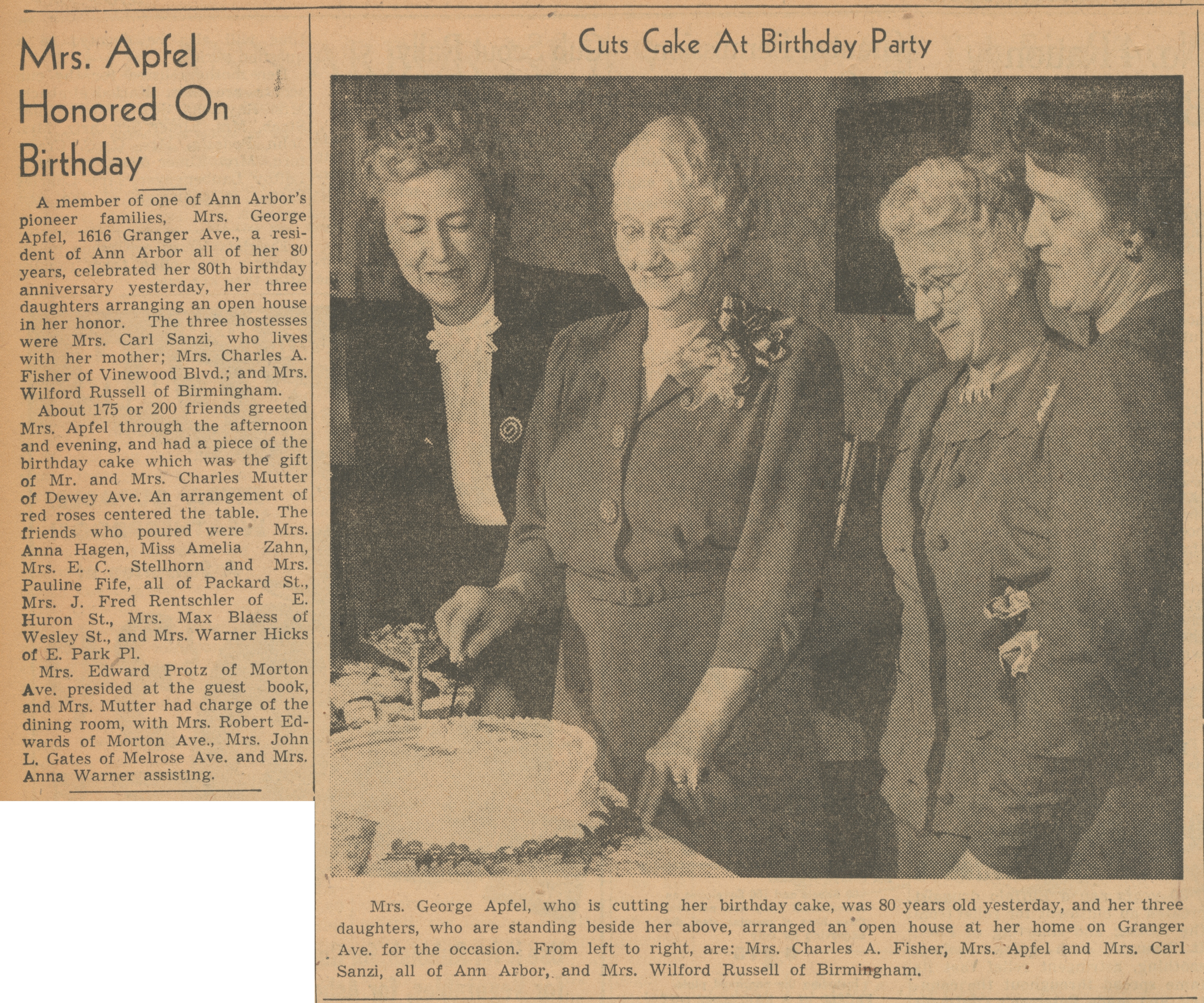 A member of one of Ann Arbor’s pioneer families, Mrs. George Apfel, 1616 Granger Ave., a resident of Ann Arbor all of her 80 years, celebrated her 80th birthday anniversary yesterday, her three daughters arranging an open house in her honor. The three hostesses were Mrs. Carl Sanzi, who lives with her mother; Mrs. Charles A. Fisher of Vinewood Blvd.; and Mrs. Wilford Russell of Birmingham.

About 175 or 200 friends greeted Mrs. Apfel through the afternoon and evening, and had a piece of the birthday cake which was the gift of Mr. and Mrs. Charles Mutter of Dewey Ave. An arrangement of red roses centered the table. The friends who poured were Mrs. Anna Hagen, Miss Amelia Zahn, Mrs. E. C. Stellhorn and Mrs. Pauline Fife, all of Packard St., Mrs. J. Fred Rentschler of E. Huron St., Mrs. Max Blaess of Wesley St., and Mrs. Warner Hicks of E. Park PI.

Mrs. George Apfel, who is cutting her birthday cake, was 80 years old yesterday, and her three daughters, who are standing beside her above, arranged an open house at her home on Granger Ave. for the occasion. From left to right, are: Mrs. Charles A. Fisher, Mrs. Apfel and Mrs. Carl Sanzi, all of Ann Arbor, and Mrs. Wilford Russell of Birmingham.