Irma Barnard And Lt. John Weese Will Be Married 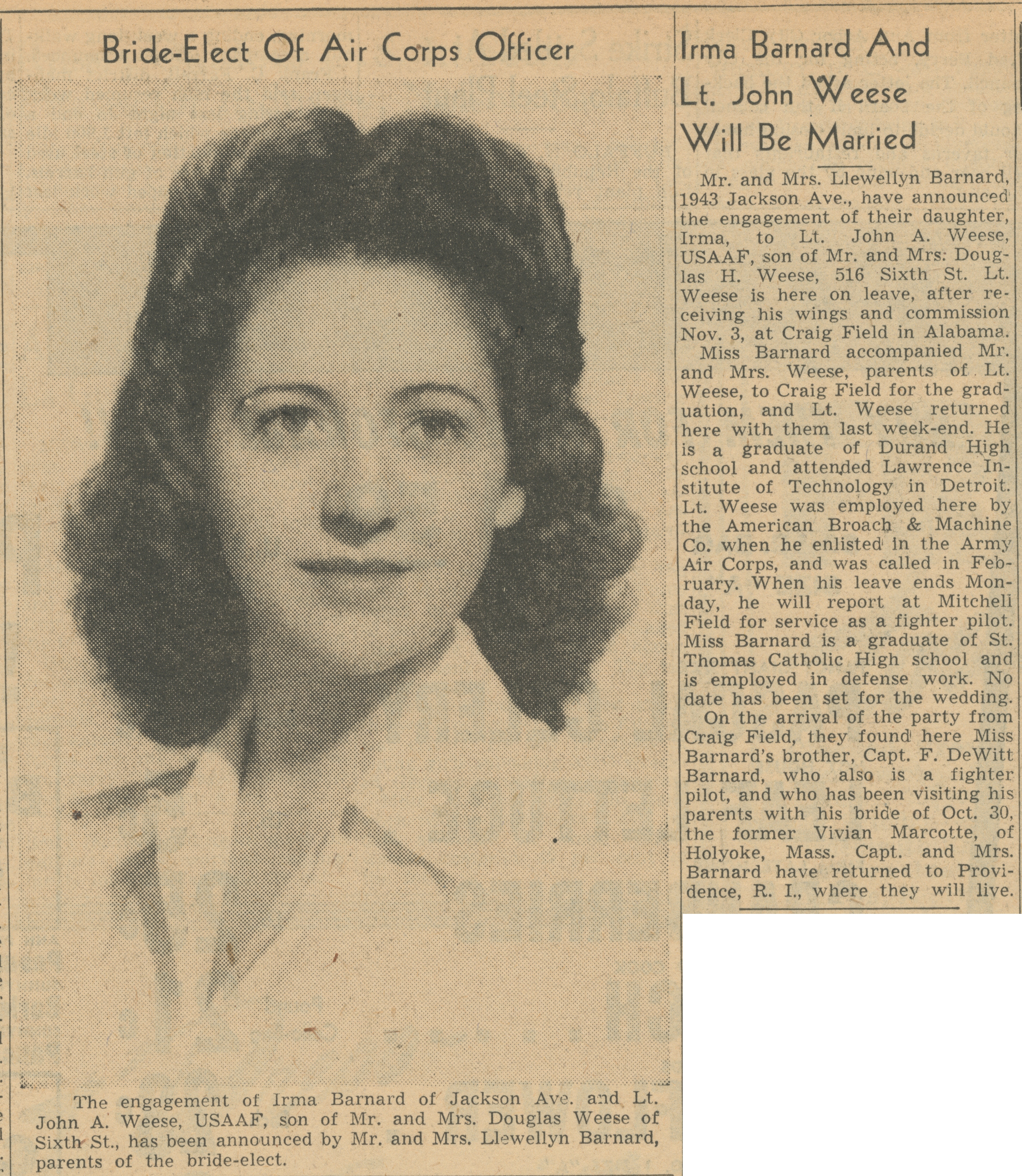 Bride-Elect Of Air Corps Officer The engagement of Irma Barnard of Jackson Ave. and Lt. John A. Weese, USAAF, son of Mr. and Mrs. Douglas Weese of Sixth St., has been announced by Mr. and Mrs. Llewellyn Barnard, parents of the bride-elect. Irma Barnard And Lt. John Weese Will Be Married Mr. and Mrs. Llewellyn Barnard, 1943 Jackson Ave., have announced the engagement of their daughter, Irma, to Lt. John A. Weese, USAAF, son of Mr. and Mrs. Douglas H. Weese, 516 Sixth St. Lt. Weese is here on leave, after receiving his wings and commission Nov. 3, at Craig Field in Alabama. Miss Barnard accompanied Mr. and Mrs. Weese, parents of Lt. Weese, to Craig Field for the graduation, and Lt. Weese returned here with them last week-end. He is a graduate of Durand High school and attended Lawrence Institute of Technology in Detroit. Lt. Weese was employed here by the American Broach & Machine Co. when he enlisted in the Army Air Corps, and was called in February. When his leave ends Monday, he will report at Mitchell Field for service as a fighter pilot. Miss Barnard is a graduate of St. Thomas Catholic High school and is employed in defense work. No date has been set for the wedding. On the arrival of the party from Craig Field, they found here Miss Barnard's brother, Capt. F. DeWitt Barnard, who also is a fighter pilot, and who has been visiting his parents with his bride of Oct. 30, the former Vivian Marcotte, of Holyoke, Mass. Capt. and Mrs. Barnard have returned to Providence, R. I., where they will live.