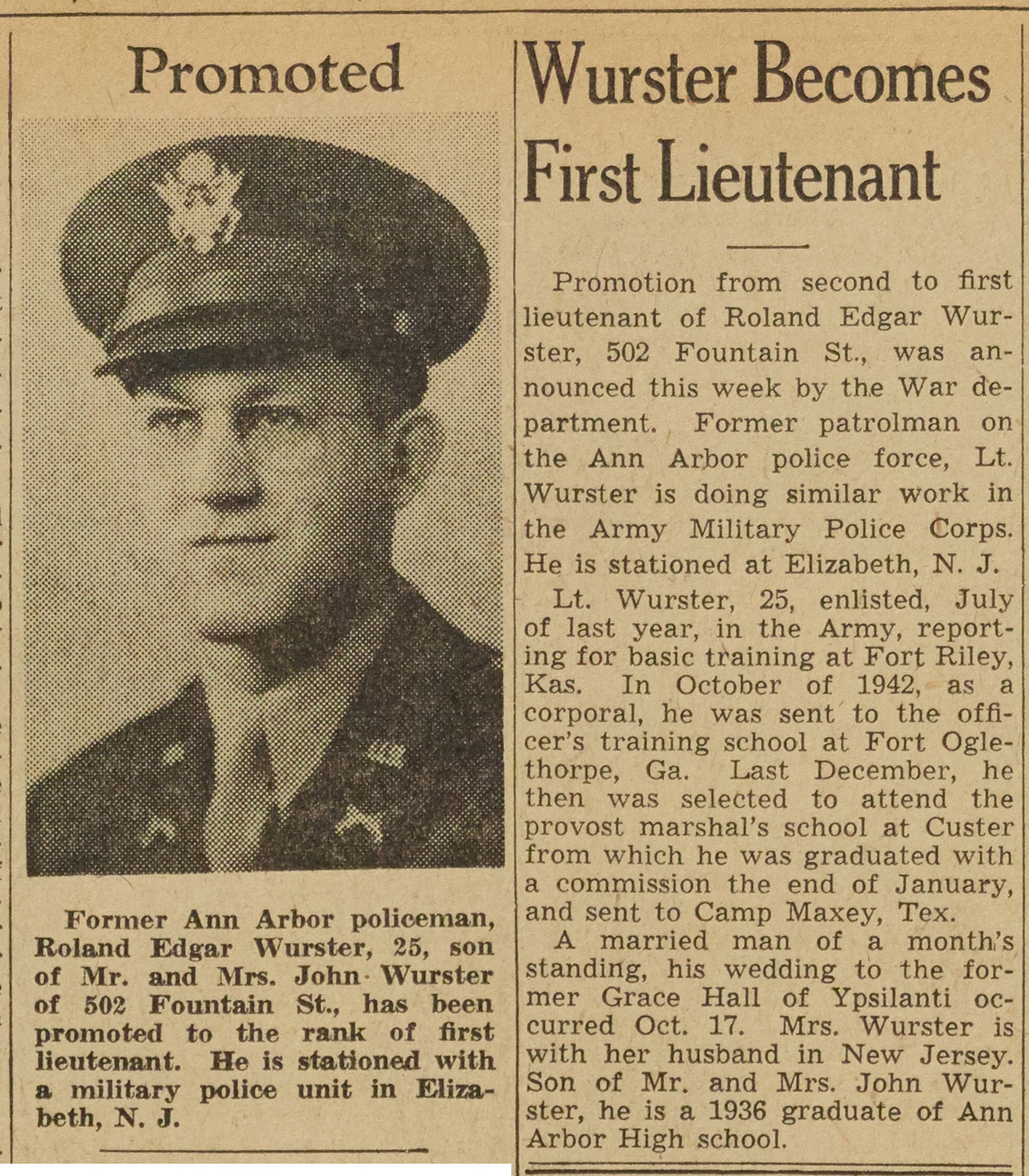 Promotion from second to first lieutenant of Roland Edgar Wurster, 502 Fountain St., was announced this week by the War department. Former patrolman on the Ann Arbor police force, Lt. Wurster is doing similar work on the Army Military Police Corps. He is stationed at Elizabeth, N. J.

Lt. Wurster, 25, enlisted July of last year, in the Army, reporting for basic training at Fort Riley, Kas. In October of 1942, as a corporal, he was sent to the officer's training school at Fort Oglethorpe, Ga. Last December, he then was selected to attend the provost marshal's school at Custer from which he was graduated with a commission the end of January, and sent to Camp Maxey, Tex.

A married man of a month's standing, his wedding to the former Grace Hall of Ypsilanti occurred Oct. 17. Mrs. Wurster is with her husband in New Jersey. Son of Mr. and Mrs. John Wurster, he is a 1936 graduate of Ann Arbor High school.