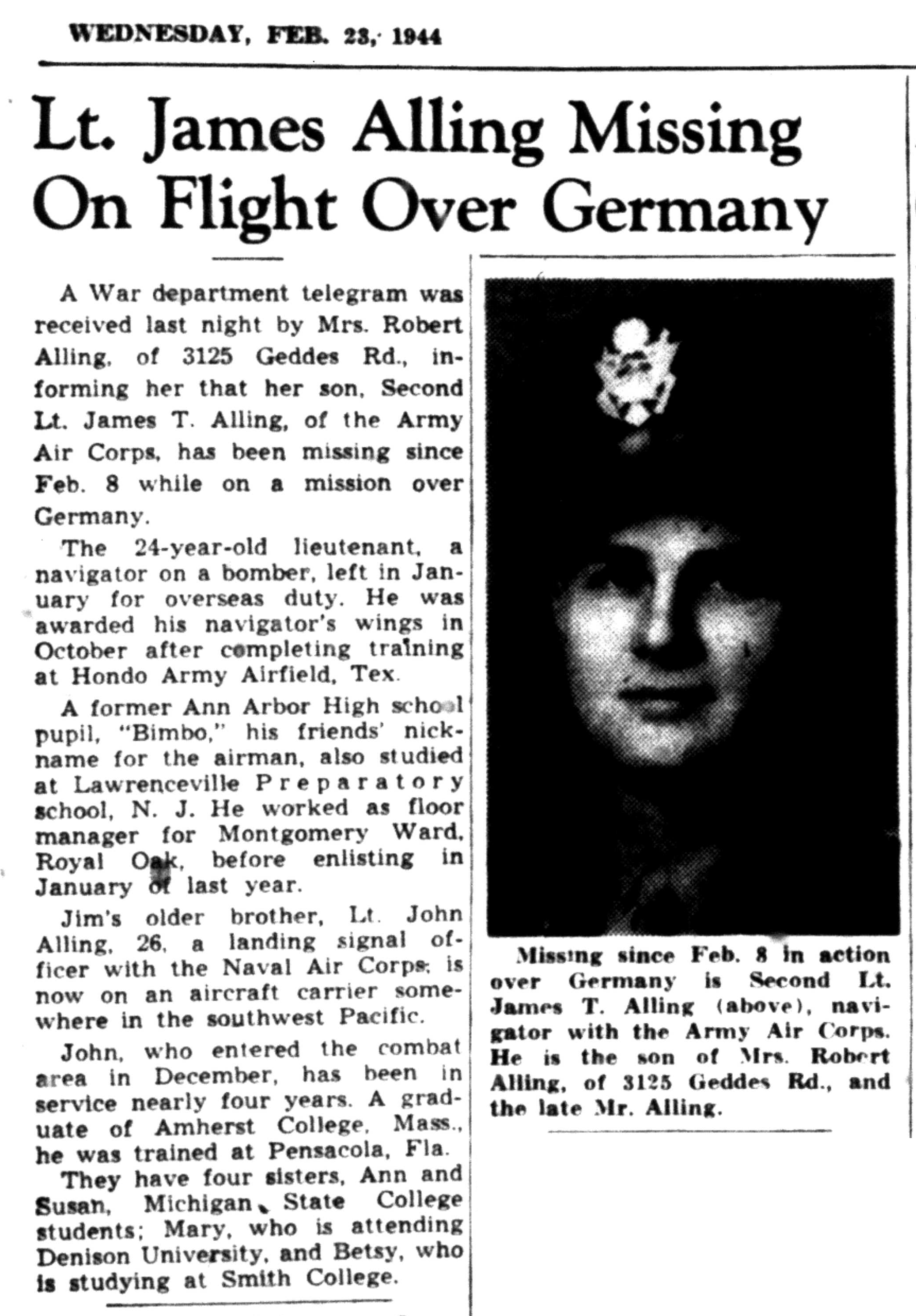 A War department telegram was received last night by Mrs. Robert Alling, of 3125 Geddes Rd., informing her that her son, Second Lt. James T. Alling, of the Army Air Corps, has been missing since Feb. 8 while on a mission over Germany.

The 24-year-old lieutenant, a navigator on a bomber, left in January for overseas duty. He was awarded his navigator’s wings in October after completing training at Hondo Army Airfield, Tex.

Jim's older brother, Lt. John Alling, 26, a landing signal officer with the Naval Air Corps, is now on an aircraft carrier somewhere in the southwest Pacific.

John, who entered the combat area in December, has been in service nearly four years. A graduate of Amherst College, Mass., he was trained at Pensacola, Fla.

They have four sisters, Ann and Susan, Michigan State College students; Mary, who is attending Denison University, and Betsy, who is studying at Smith College.

Missing since Feb. 3 in action over Germany is Second Lt. James T. Alling (above), navigator with the Army Air Corps. He is the son of Mrs. Robert Alling, of 3125 Geddes Rd., and the late Mr. Alling.