Wolverine Track Team Will Be Favored At Purdue Relays 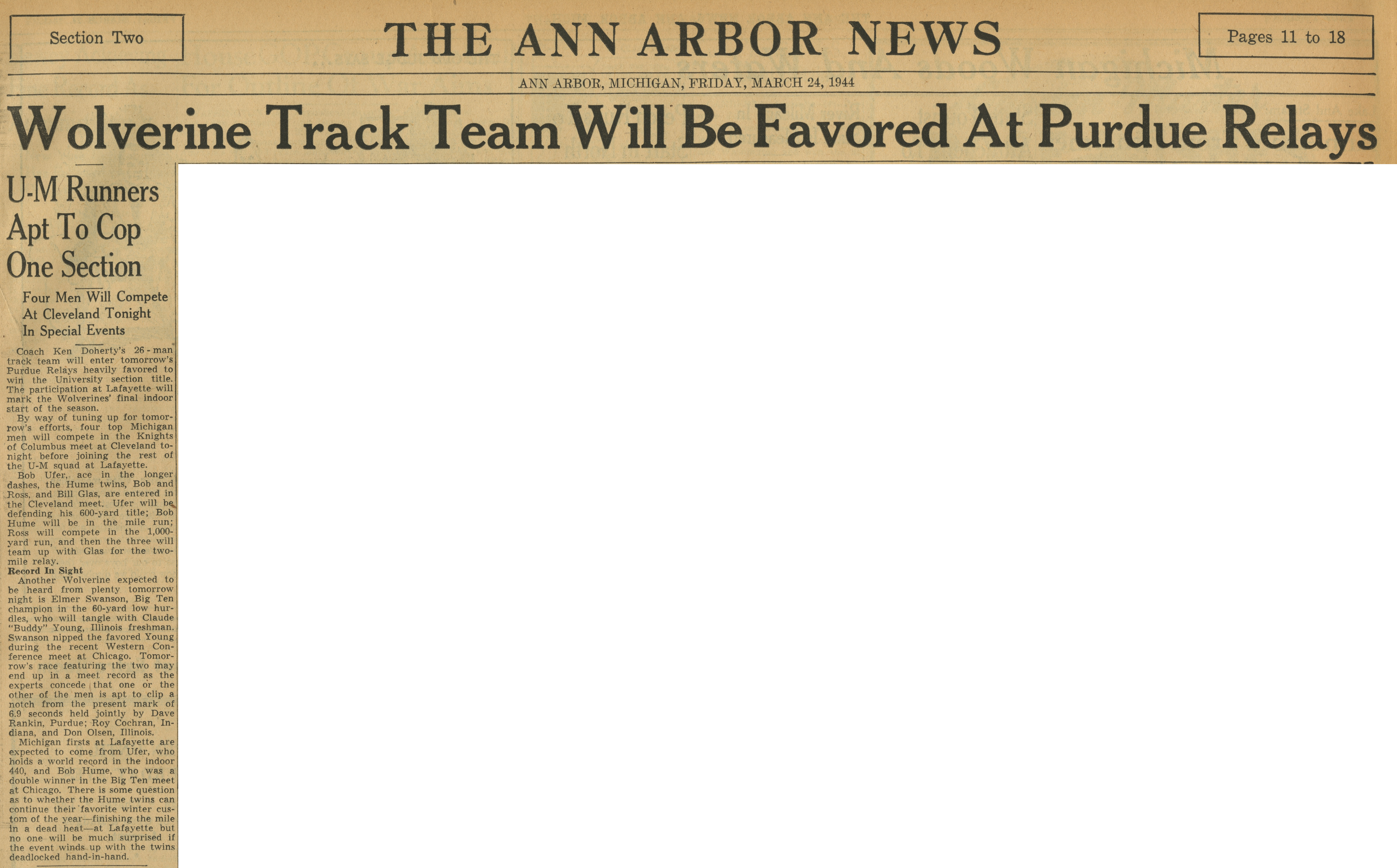 Wolverine Track Team Will Be Favored At Purdue Relays

Four Men Will Compete At Cleveland Tonight In Special Events

By way of tuning up for tomorrow’s efforts, four top Michigan men will compete in the Knights of Columbus meet at Cleveland tonight before joining the rest of the U-M squad at Lafayette.

Bob Ufer, ace in the longer dashes, the Hume twins, Bob and Ross, and Bill Glas, are entered in the Cleveland meet. Ufer will be defending his 600-yard title; Bob Hume will be in the mile run; Ross will compete in the 1,000-yard run, and then the three will team up with Glas for the two-mile relay.

Another Wolverine expected to be heard from plenty tomorrow night is Elmer Swanson, Big Ten champion in the 60-yard low hurdles, who will tangle with Claude "Buddy" Young, Illinois freshman.

Swanson nipped the favored Young during the recent Western Conference meet at Chicago. Tomorrow’s race featuring the two may end up in a meet record as the experts concede that one or the other of the men is apt to clip a notch from the present mark of 6.9 seconds held jointly by Dave Rankin, Purdue; Roy Cochran, Indiana, and Don Olsen, Illinois.

Michigan firsts at Lafayette are expected to come from Ufer, who holds a world record in the indoor 440, and Bob Hume, who was a double winner in the Big Ten meet at Chicago. There is some question as to whether the Hume twins can continue their favorite winter custom of the year—finishing the mile in a dead heat—at Lafayette but no one will be much surprised if the event winds up with the twins deadlocked hand-in-hand.