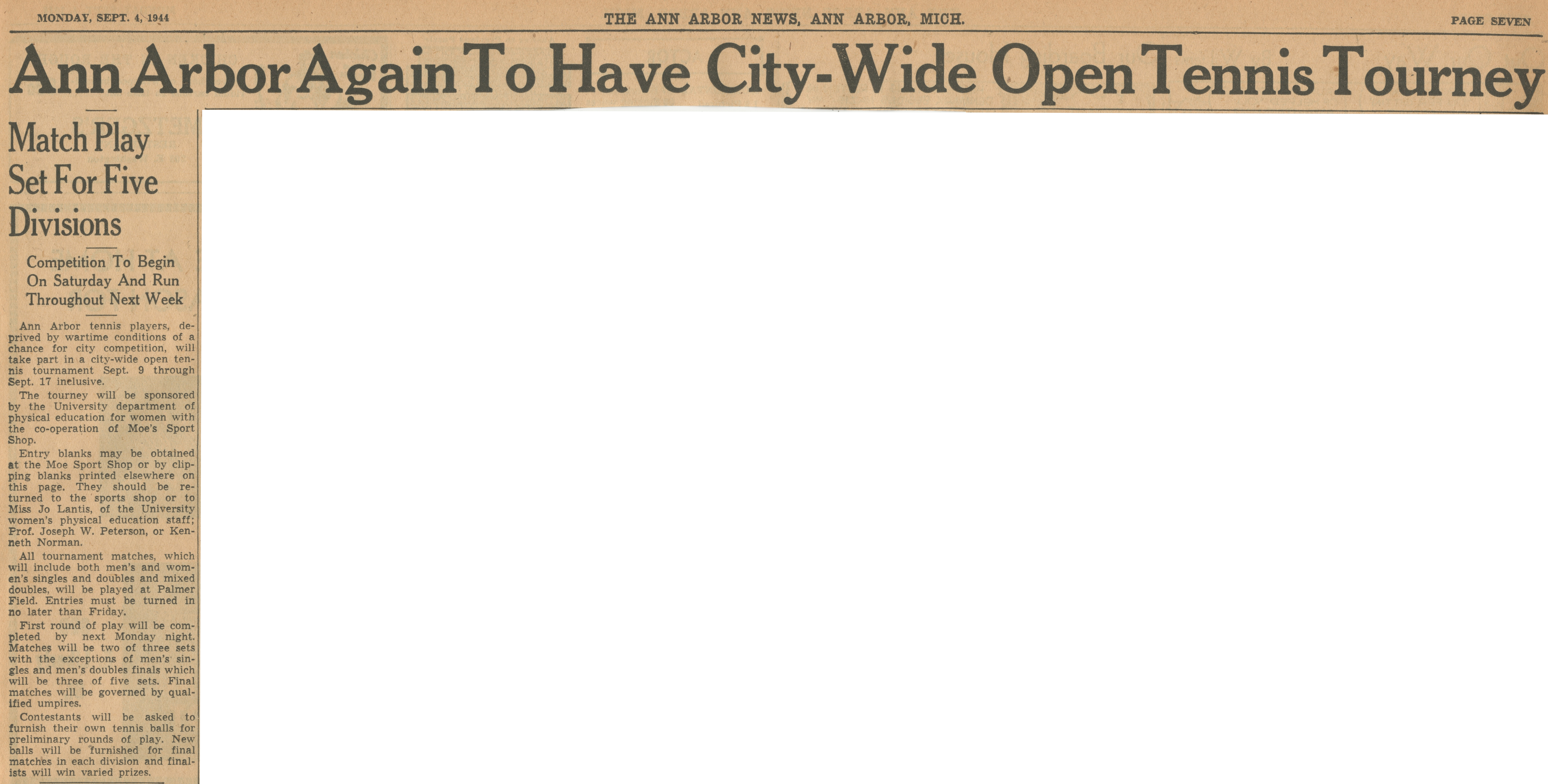 Competition To Begin On Saturday And Run Throughout Next Week

The tourney will be sponsored by the University department of physical education for women with the co-operation of Moe’s Sport Shop.

Entry blanks may be obtained at the Moe Sport Shop or by clipping blanks printed elsewhere on this page. They should be returned to the sports shop or to Miss Jo Lantis, of the University women’s physical education staff; Prof. Joseph W. Peterson, or Kenneth Norman.

All tournament matches, which will include both men’s and women’s singles and doubles and mixed doubles, will be played at Palmer Field. Entries must be turned in no later than Friday.

First round of play will be completed by next Monday night. Matches will be two of three sets with the exceptions of men’s singles and men’s doubles finals which will be three of five sets. Final matches will be governed by qualified umpires.

Contestants will be asked to furnish their own tennis balls for preliminary rounds of play. New balls will be furnished for final matches in each division and finalists will win varied prizes.