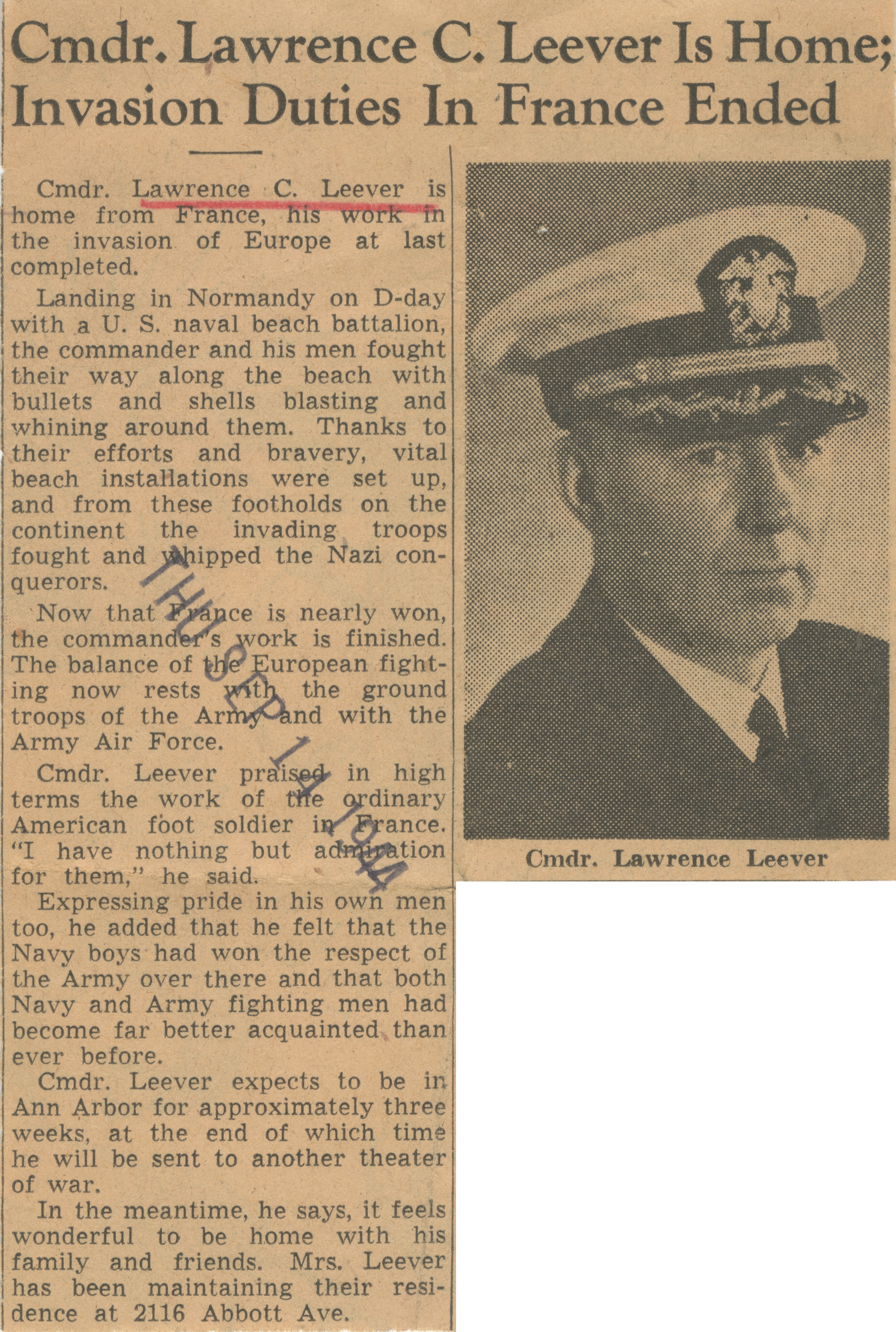 Cmdr. Lawrence C. Leever is home from France, his work in the invasion of Europe at last completed.

Landing in Normandy on D-day with a U. S. naval beach battalion, the commander and his men fought their way along the beach with bullets and shells blasting and whining around them. Thanks to their efforts and bravery, vital beach installations were set up, and from these footholds on the continent the invading troops fought and whipped the Nazi conquerors.

Now that France is nearly won, the commander's work is finished. The balance of European fighting now rests with the ground troops of the Army and with the Army Air Force.

Cmdr. Leever praised in high terms the work of the ordinary American foot soldier in France. “I have nothing but admiration for them,” he said.

Expressing pride in his own men too, he added that he felt that the Navy boys had won the respect of the Army over there and that both Navy and Army fighting men had become far better acquainted than ever before.

Cmdr. Leever expects to be in Ann Arbor for approximately three weeks, at the end of which time he will be sent to another theater of war.

In the meantime, he says, it feels wonderful to be home with his family and friends. Mrs. Leever has been maintaining their residence at 2116 Abbott Ave.