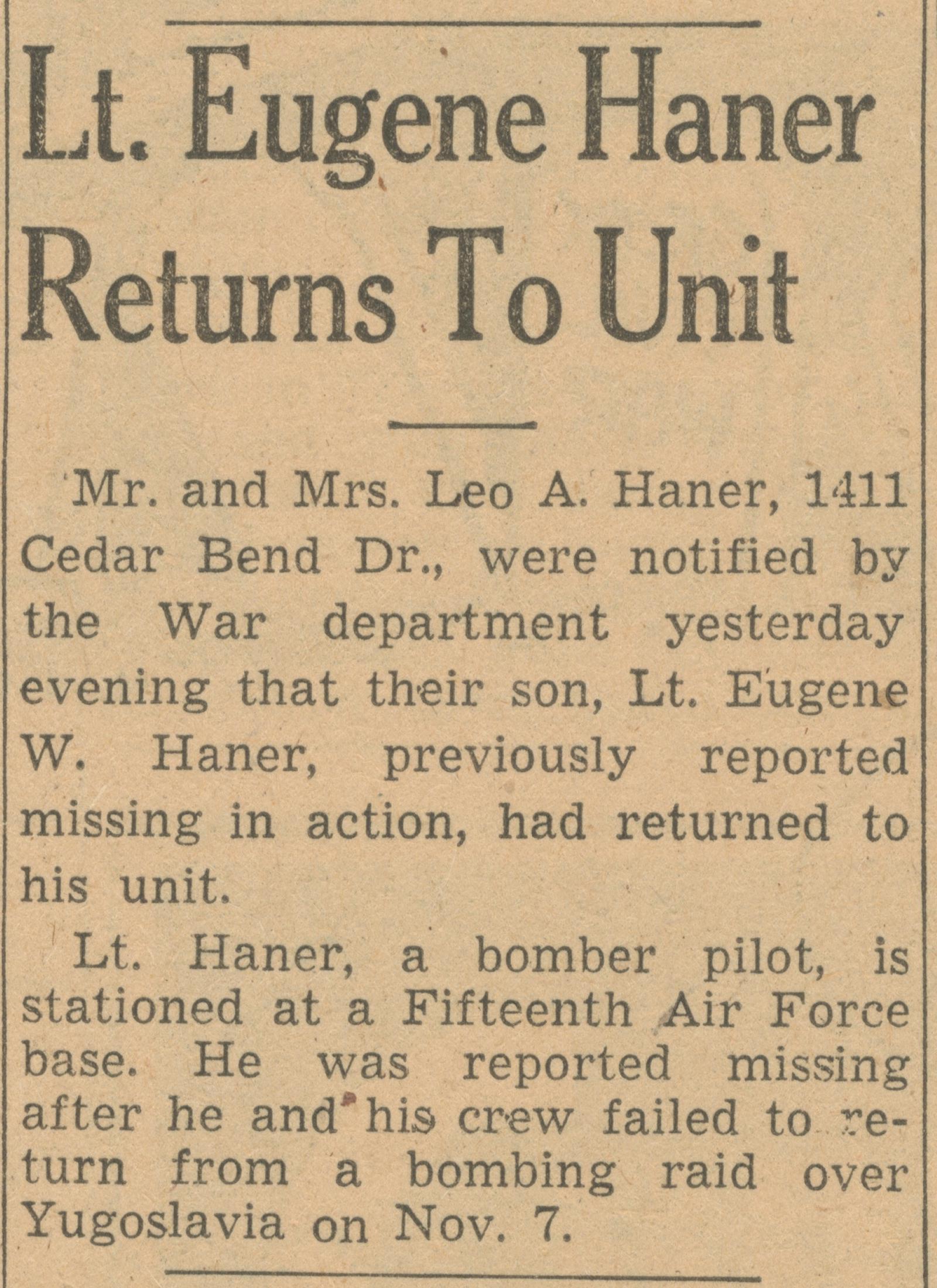 Lt. Haner, a bomber pilot, is stationed at a Fifteenth Air Force base. He was reported missing after he and his crew failed to return from a bombing raidover Yugoslavia on Nov. 7.