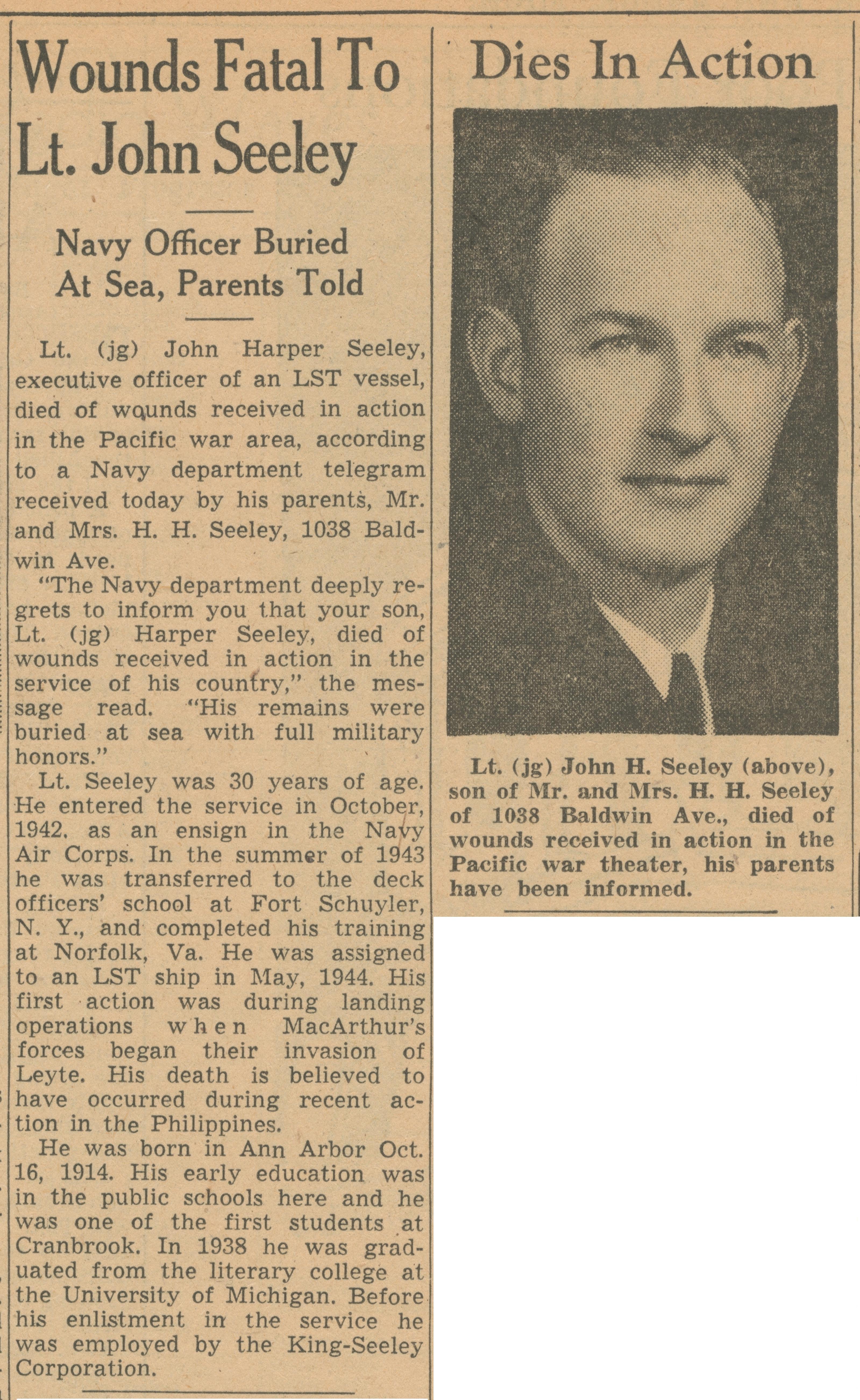 WOUNDS FATAL TO LT. JOHN SEELEY Navy Officer Buried At Sea, Parents Told Lt. (jg) John Harper Seeley, executive officer of an LST vessel, died of wounds received in action in the Pacific war area, according to a Navy department telegram received today by his parents, Mr. and Mrs. H. H. Seeley, 1038 Baldwin Ave. “The Navy department deeply regrets to inform you that your son, Lt. (jg) Harper Seeley, died of wounds received in action in the service of his country,” the message read. “His remains were buried at sea with full military honors.” Lt. Seeley was 30 years of age. He entered the service in October, 1942, as an ensign in the Navy Air Corps. In the summer of 1943 he was transferred to the deck officers’ school at Fort Schuyler, N. Y., and completed his training at Norfolk, Va. He was assigned to an LST ship in May, 1944. His first action was during landing operations when MacArthur’s forces began their invasion of Leyte. His death is believed to have occurred during recent action in the Philippines. He was born in Ann Arbor Oct. 16, 1914. His early education was in the public schools here and he was one of the first students at Cranbrook. In 1938 he was graduated from the literary college at the University of Michigan. Before his enlistment in the service he was employed by the King-Seeley Corporation . IMAGE TEXT: Lt. (jg) John H. Seeley (above), son of Mr. and Mrs. H. H. Seeley of 1038 Baldwin Ave., died of wounds received in action in the Pacific war theater, his parents have been informed.