USO Facilities Used By 68,900 Since Inception In Ann Arbor 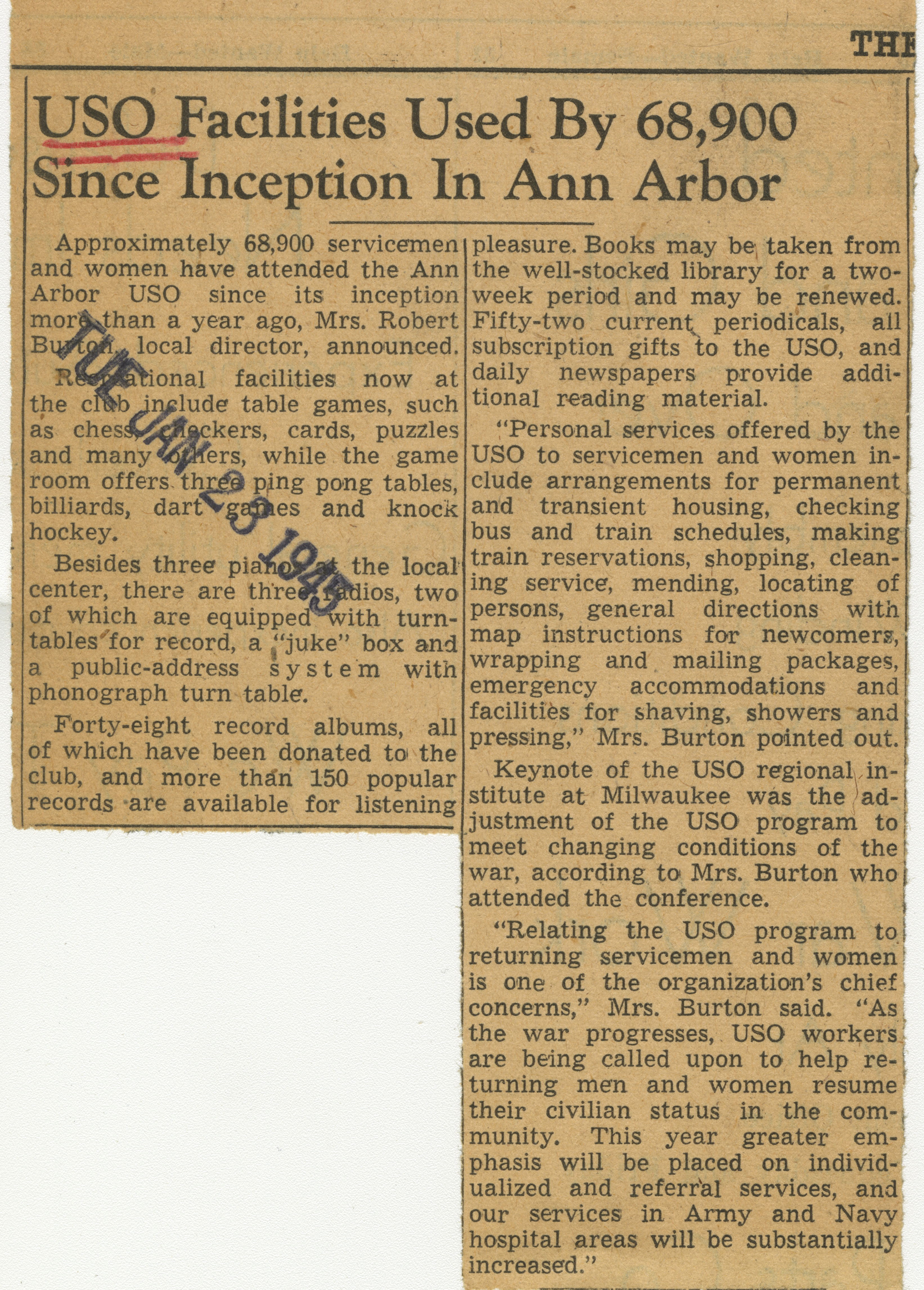 ﻿USO Facilities Used By 68,900 Since Inception In Ann Arbor

Approximately 68,900 servicemen and women have attended the Ann Arbor USO since its inception more than a year ago, Mrs. Robert Burton, local director, announced. Recreational facilities now at the club include table games, such as chess checkers, cards, puzzles and many others, while the game room offers three ping pong tables, billiards, dart games and knock hockey.

Besides three pianos at the local center, there are three radios, two of which are equipped with turn-tables for records, a "juke” box and a public-address system with phonograph turn table.

Forty-eight record albums, all of which have been donated to the club, and more than 150 popular records are available for listening pleasure. Books may be taken from the well-stocked library for a two-week period and may be renewed. Fifty-two current periodicals, all subscription gifts to the USO, and daily newspapers provide additional reading material.

Keynote of the USO regional institute at Milwaukee was the adjustment of the USO program to meet changing conditions of the war, according to Mrs. Burton who attended the conference.

“Relating the USO program to returning servicemen and women is one of the organization’s chief concerns,” Mrs. Burton said. “As the war progresses, USO workers are being called upon to help returning men and women resume their civilian status in the community. This year greater emphasis will be placed on individualized and referral services, and our services in Army and Navy hospital areas will be substantially increased.”