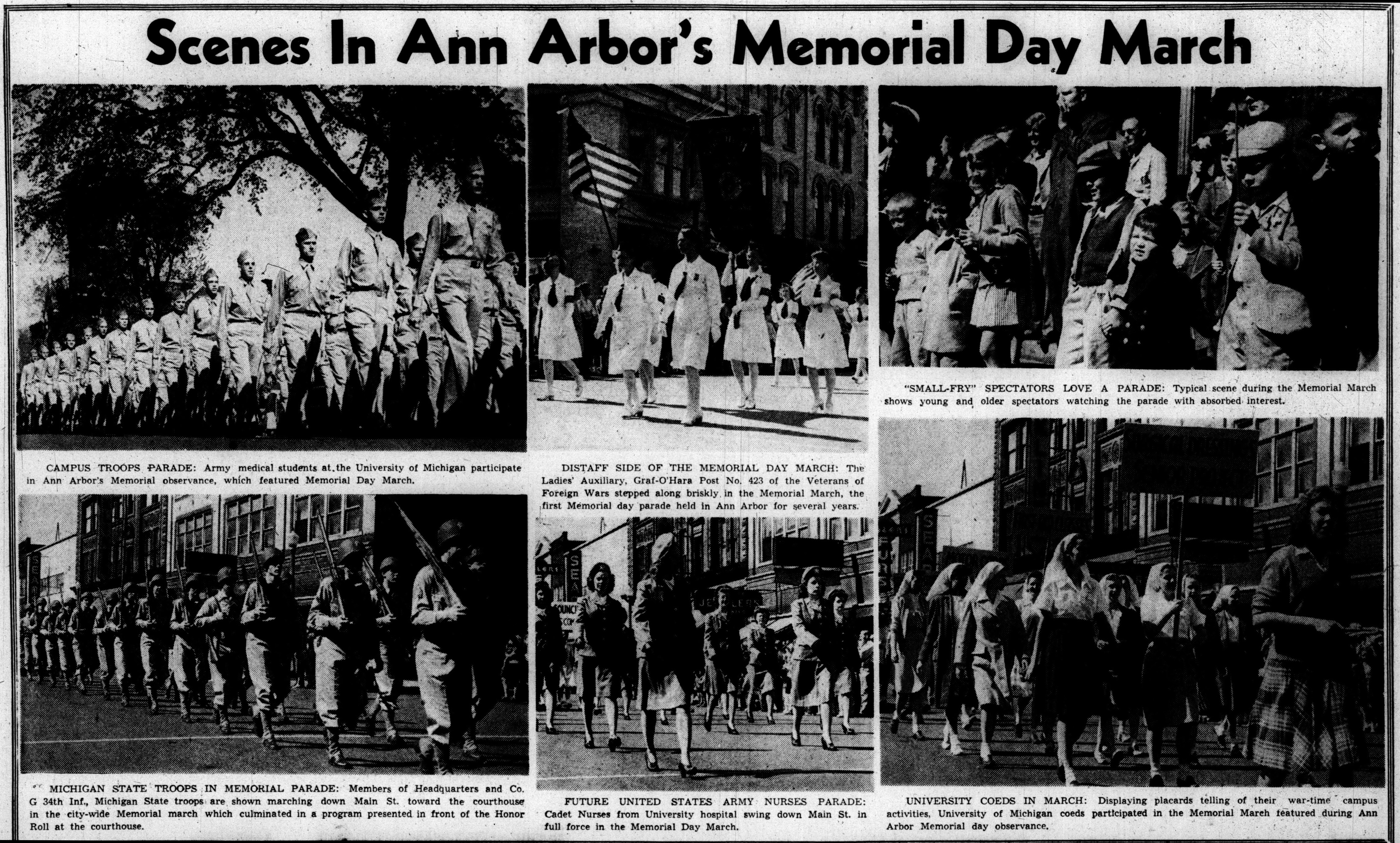 MICHIGAN STATE TROOPS IN MEMORIAL PARADE: Members of Headquarters and Co. G 34th Inf., Michigan State troops are shown marching down Main St. toward the courthouse in the city-wide Memorial march which culminated in a program presented in front of the Honor Roll at the courthouse.

DISTAFF SIDE OF THE MEMORIAL DAY MARCH: The Ladies’ Auxiliary, Graf-O'Hara Post No. 423 of the Veterans of Foreign Wars stepped along briskly in the Memorial March, the first Memorial day parade held in Ann Arbor for several years.