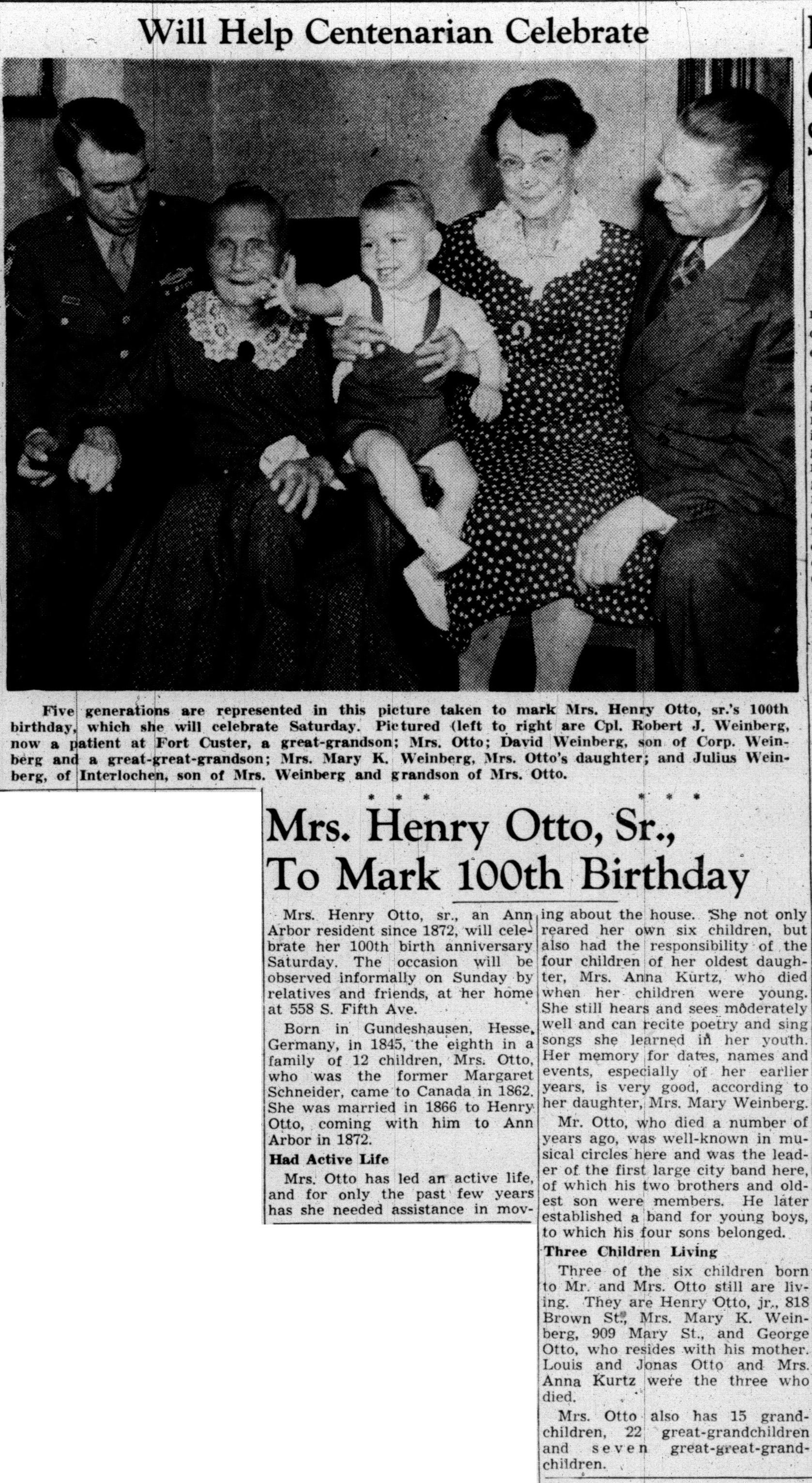 Mrs. Henry Otto, sr., an Ann Arbor resident since 1872, will celebrate her 100th birth anniversary Saturday. The occasion will be observed informally on Sunday by relatives and friends, at her home at 558 S. Fifth Ave.

Mrs. Otto has led an active life, and for only the past few years has she needed assistance in moving about the house. She not only reared her own six children, but also had the responsibility of the four children of her oldest daughter, Mrs. Anna Kurtz, who died when her children were young. She still hears and sees moderately well and can recite poetry and sing songs she learned in her youth. Her memory for dates, names and events, especially of her earlier years, is very good, according to her daughter, Mrs. Mary Weinberg.

Mr. Otto, who died a number of years ago, was well-known in musical circles here and was the leader of the first large city band here, of which his two brothers and oldest son were members. He later established a band for young boys, to which his four sons belonged.

Three of the six children born to Mr. and Mrs. Otto still are living. They are Henry Otto, jr., 818 Brown St., Mrs. Mary K. Weinberg, 909 Mary St., and George Otto, who resides with his mother. Louis and Jonas Otto and Mrs. Anna Kurtz were the three who died.