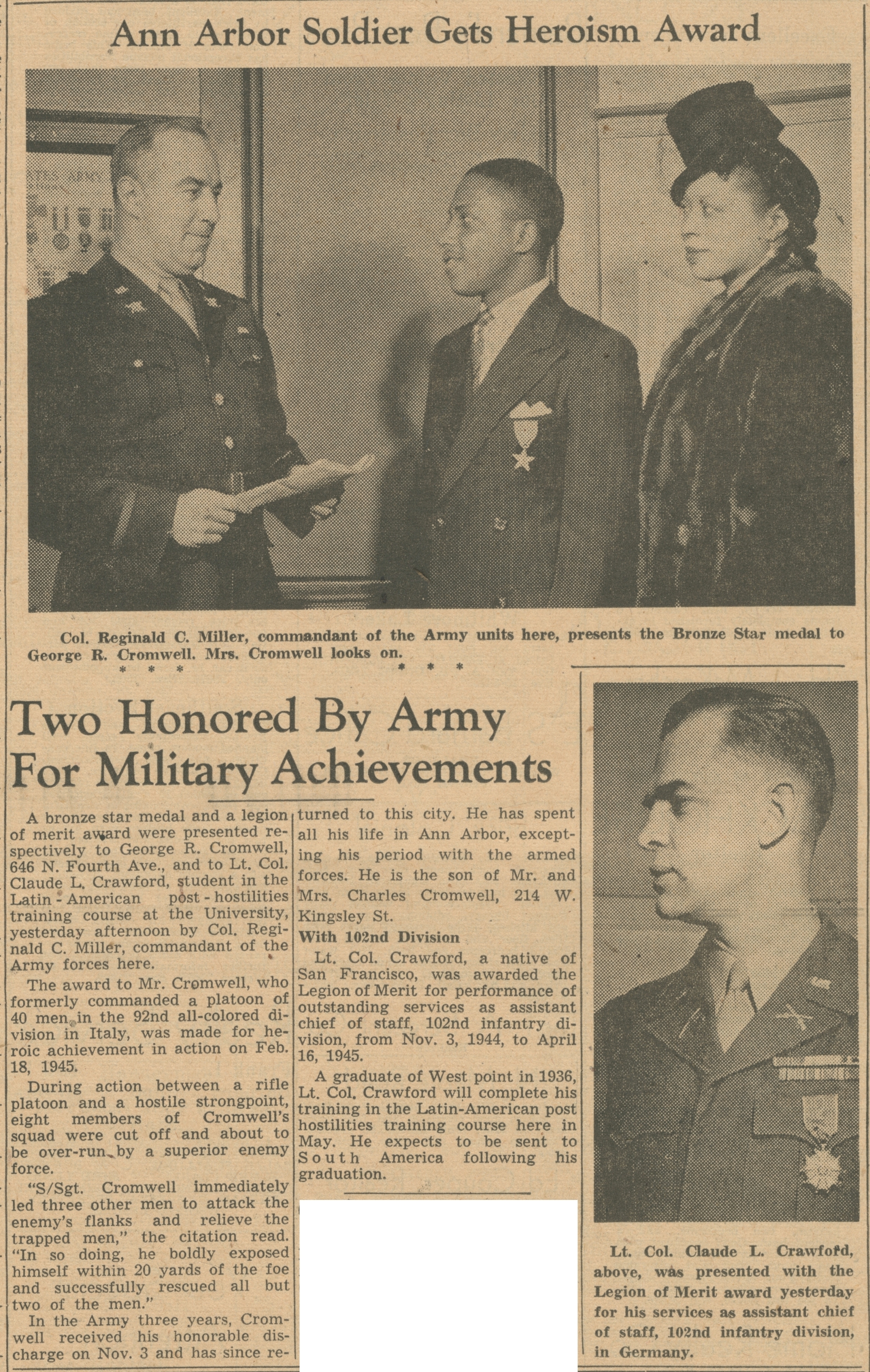 A bronze star medal and a legion of merit award were presented respectively to George R. Cromwell, 646 N. Fourth Ave., and to Lt. Col. Claude L. Crawford, student in the Latin-American post-hostilities training course at the University, yesterday afternoon by Col. Reginald C. Miller, commandant of the Army forces here.
The award to Mr. Cromwell, who formerly commanded a platoon of 40 men in the 92nd all-colored division in Italy, was made for heroic achievement in action on Feb. 18, 1945.
During action between a rifle platoon and a hostile strongpoint, eight members of Cromwell's squad were cut off and about to be over-run by a superior enemy force.
"S/Sgt. Cromwell immediately led three other men to attack the enemy's flanks and relieve the trapped men," the citation read. "In so doing, he boldly exposed himself within 20 yards of the foe and successfully rescued all but two of the men."
In the Army three years, Cromwell received his honorable discharge on Nov. 3 and has since returned to this city. He has spent all his life in Ann Arbor, excepting his period with the armed forces. He is the son of Mr. and Mrs. Charles Cromwell, 214 W. Kingsley St.
With 102nd Division
Lt. Col. Crawford, a native of San Francisco, was awarded the Legion of Merit for performance of outstanding services as assistant chief of staff, 102nd infantry division, from Nov. 3, 1944, to April 16, 1945.
A graduate of West point in 1936, Lt. Col Crawford will complete his training in the Latin-American post hostilities training course here in May. He expects to be sent to South American following his graduation.