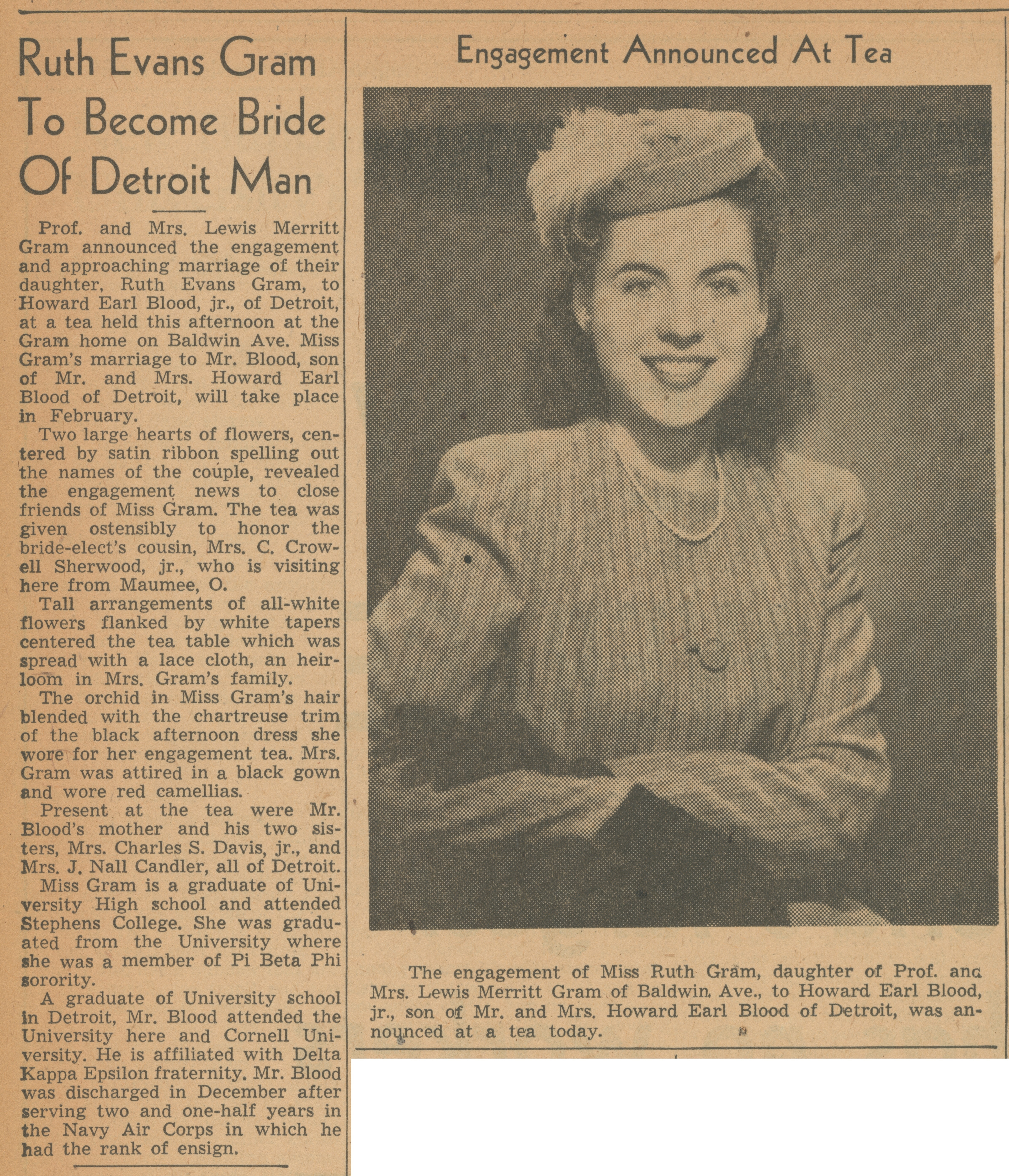 Prof. and Mrs. Lewis Merritt Gram announced the engagement and approaching marriage of their daughter, Ruth Evans Gram, to Howard Earl Blood, jr., of Detroit, at a tea held this afternoon at the Gram home on Baldwin Ave. Miss Gram’s marriage to Mr. Blood, son of Mr. and Mrs. Howard Earl Blood of Detroit, will take place in February.
Two large hearts of flowers, centered by satin ribbon spelling out the names of the couple, revealed the engagement news to close friends of Miss Gram. The tea was given ostensibly to honor the bride-elect’s cousin, Mrs. C. Crowell Sherwood, jr., who is visiting here from Maumee, O.
Tall arrangements of all-white flowers flanked by white tapers centered the tea table which was spread with a lace cloth, and heirloom in Mrs. Gram’s family.
The orchid is Miss Gram’s hair blended with the chartreuse trim of the black afternoon dress she wore for her engagement tea. Mrs. Gram was attired in a black gown and wore red camellias.
Present at the tea were Mr. Blood’s mother and his two sisters, Mrs. Charles S. Davis, jr., and Mrs. J. Nall Candler, all of Detroit.
Miss Gram is a graduate of University High school and attended Stephens College. She was graduated from the University where she was a member of Pi Beta Phi sorority.
A graduate of University school in Detroit, Mr. Blood attended the University here and Cornell University. He is affiliated with Delta Kappa Epsilon fraternity. Mr. Blood was discharged in December after serving two and one-half years in the Navy Air Corps in which he had the rank of ensign.