Two Admirals From County Among 18 To Be Honored 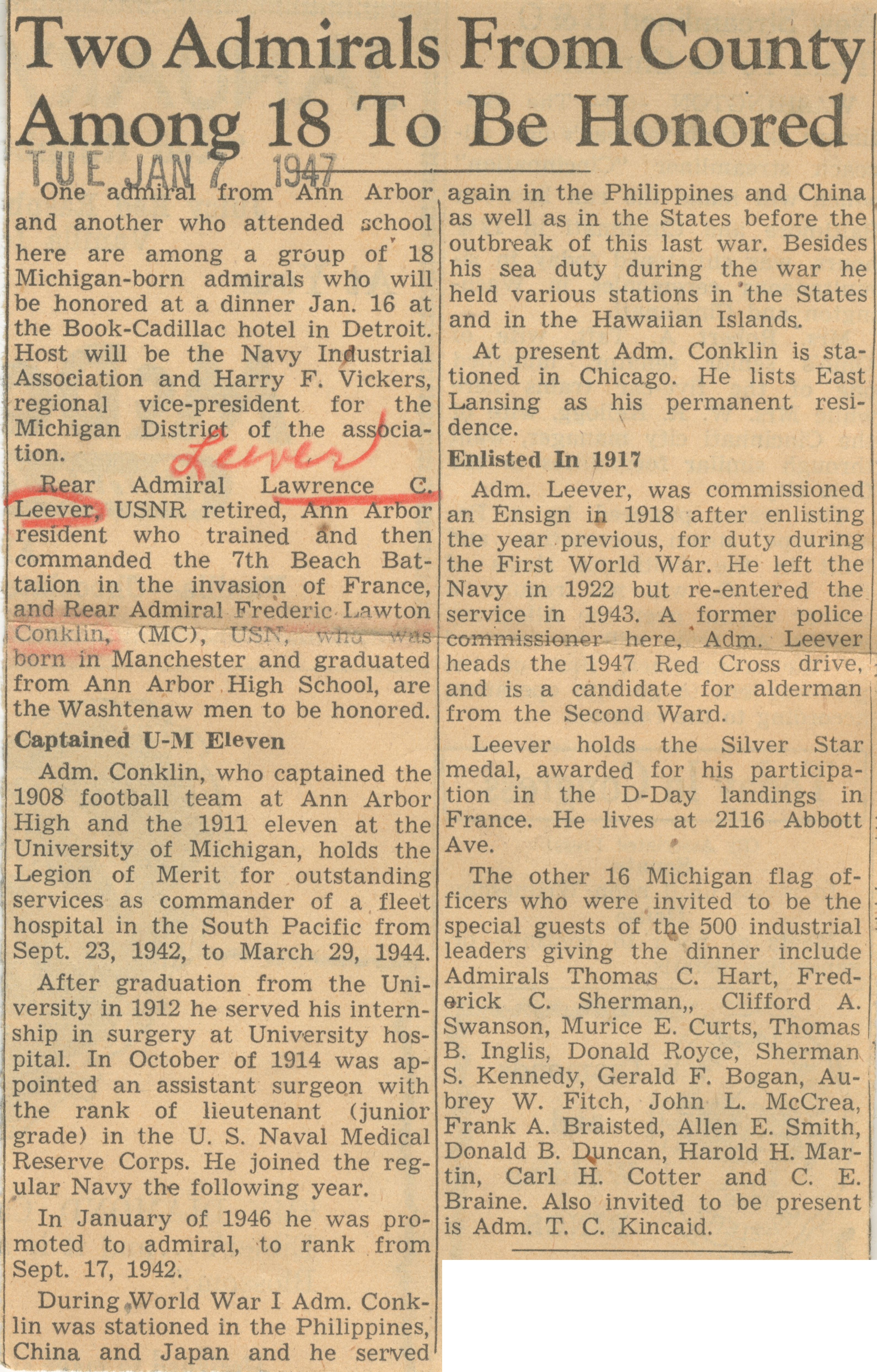 ﻿Two Admirals From County Among 18 To Be Honored

One admiral from Ann Arbor and another who attended school here are among a group of 18 Michigan-born admirals who will be honored at a dinner Jan. 16 at the Book-Cadillac hotel in Detroit. Host will be the Navy Industrial Association and Harry F. Vickers, regional vice-president for the Michigan District of the association.

Rear Admiral Lawrence C. Leever, USNR retired, Ann Arbor resident who trained and then commanded the 7th Beach Battalion in the invasion of France, and Rear Admiral Frederic Lawton Conklin, (MC) USN, who was born in Manchester and graduated from Ann Arbor High School, are the Washtenaw men to be honored.

Adm. Conklin, who captained the 1908 football team at Ann Arbor High and the 1911 eleven at the University of Michigan, holds the Legion of Merit for outstanding services as commander of a fleet hospital in the South Pacific from Sept. 23, 1942, to March 29, 1944.

After graduation from the University in 1912 he served his internship in surgery at University hospital. In October of 1914 was appointed an assistant surgeon with the rank of lieutenant (junior grade) in the U. S. Naval Medical Reserve Corps. He joined the regular Navy the following year.

At present Adm. Conklin is stationed in Chicago. He lists East Lansing as his permanent residence.

Adm. Leever, was commissioned an Ensign in 1918 after enlisting the year previous, for duty during the First World War. He left the Navy in 1922 but re-entered the service in 1943. A former police commissioner here, Adm. Leever heads the 1947 Red Cross drive, and is a candidate for alderman from the Second Ward.

Leever holds the Silver Star medal, awarded for his participation in the D-Day landings in France. He lives at 2116 Abbott Ave.