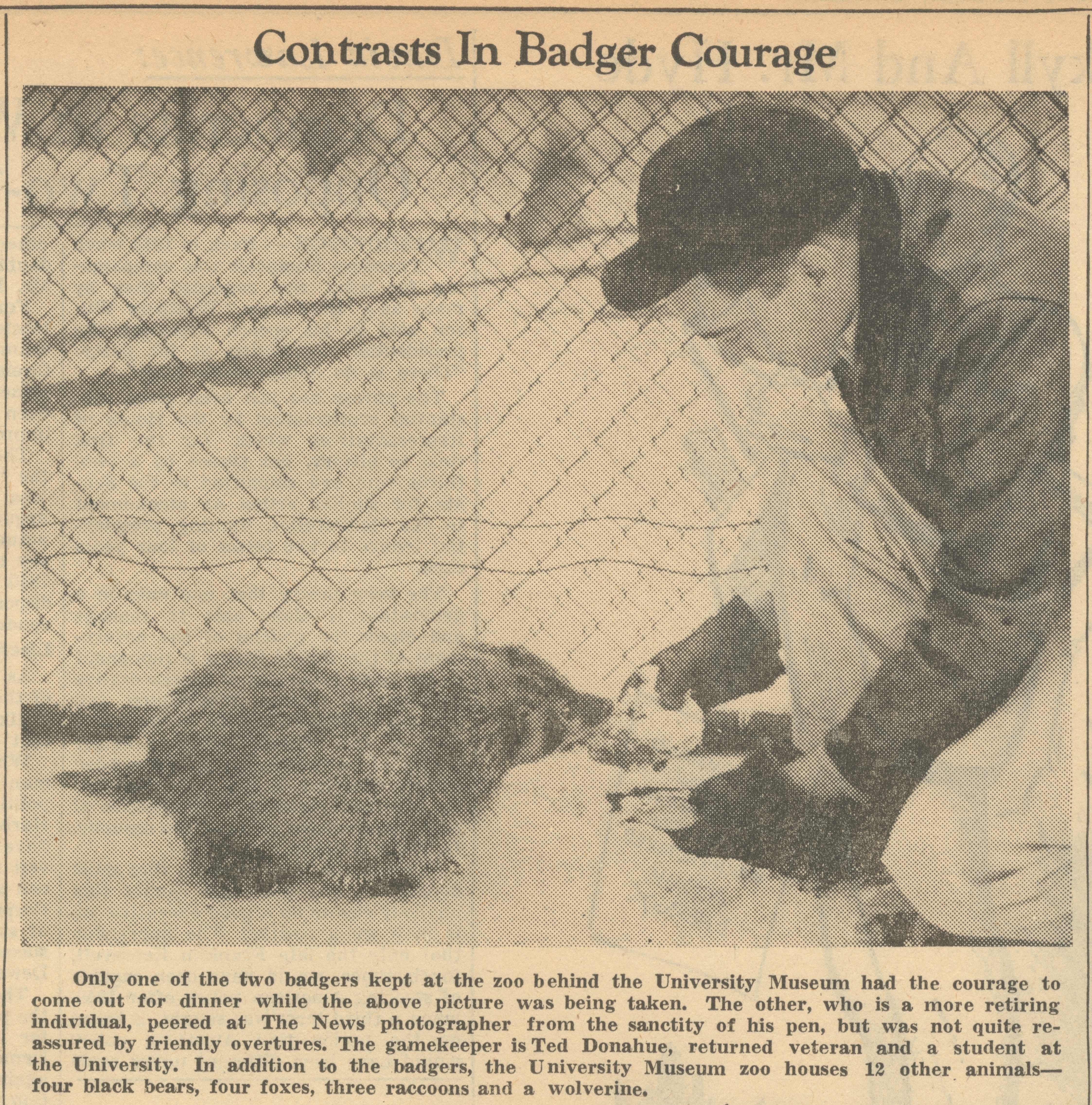 Only one of the two badgers kept at the zoo behind the University Museum had the courage to come out for dinner while the above picture was being taken. The other, who is a more retiring individual, peered at The News photographer from the sanctity of his pen, but was not quite reassured by friendly overtures. The gamekeeper is Ted Donahue, returned veteran and a student at the University. In addition to the badgers, the University Museum zoo houses 12 other animals - four black bears, four foxes, three raccoons and a wolverine.