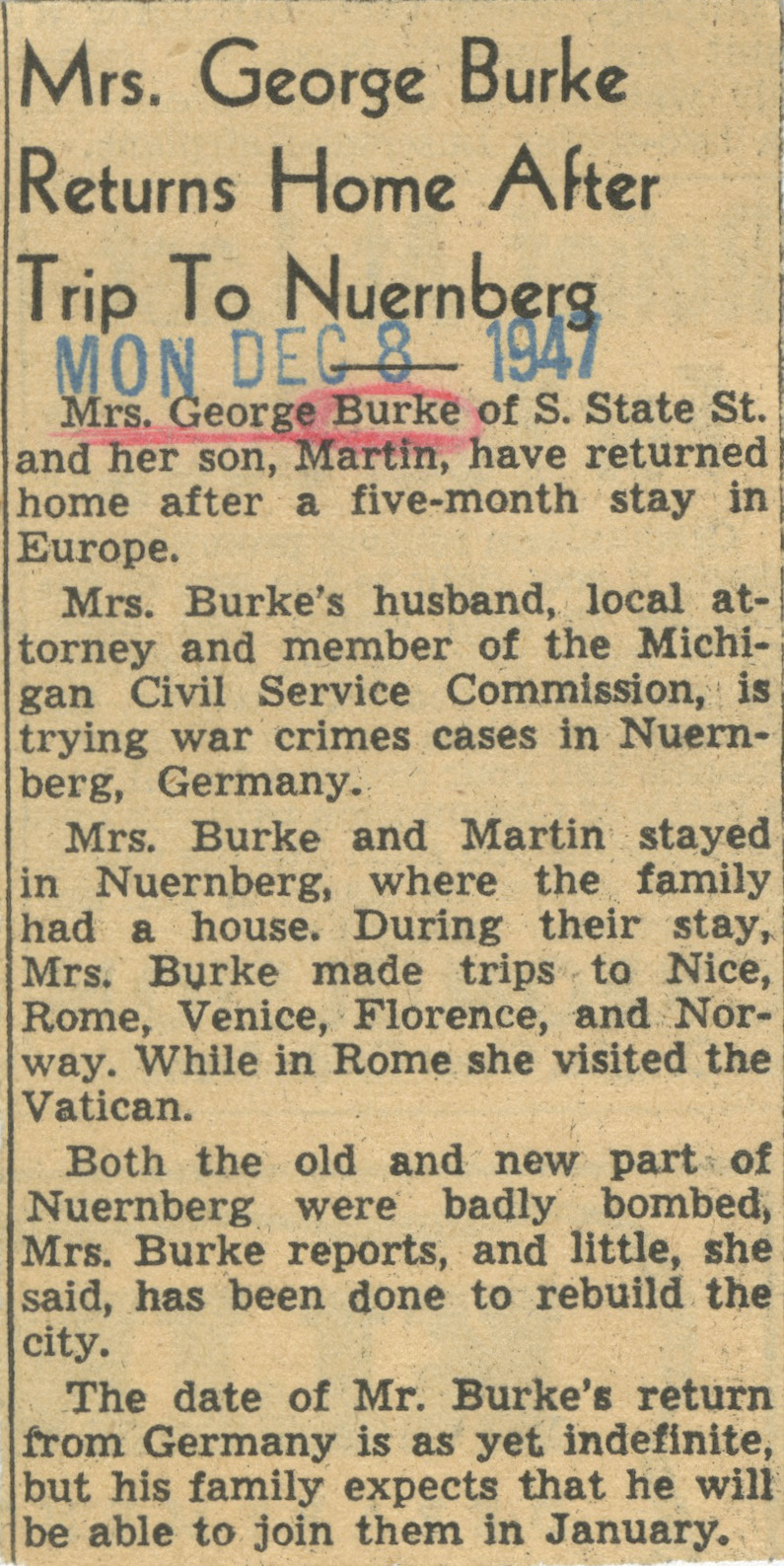 Mrs. George Burke Returns Home After Trip To Nuernberg
Mrs. George Burke of S. State St. and her son, Martin, have returned home after a five-month stay in Europe.
Mrs. Burke's husband, local attorney and member of the Michigan Civil Service Commission, is trying war crimes cases in Nuernberg, Germany.
Mrs. Burke and Martin stayed in Nuernberg, where the family had a house. During their stay, Mrs. Burke made trips to Nice, Rome, Venice, Florence, and Norway. While in Rome she visited the Vatican.
Both the old and new part of Nuernberg were badly bombed, Mrs. Burke reports, and little, she said, has been done to rebuild the city.
The date of Mr. Burke's return from Germany is as yet indefinite, but his family expects that he will be able to join them in January.