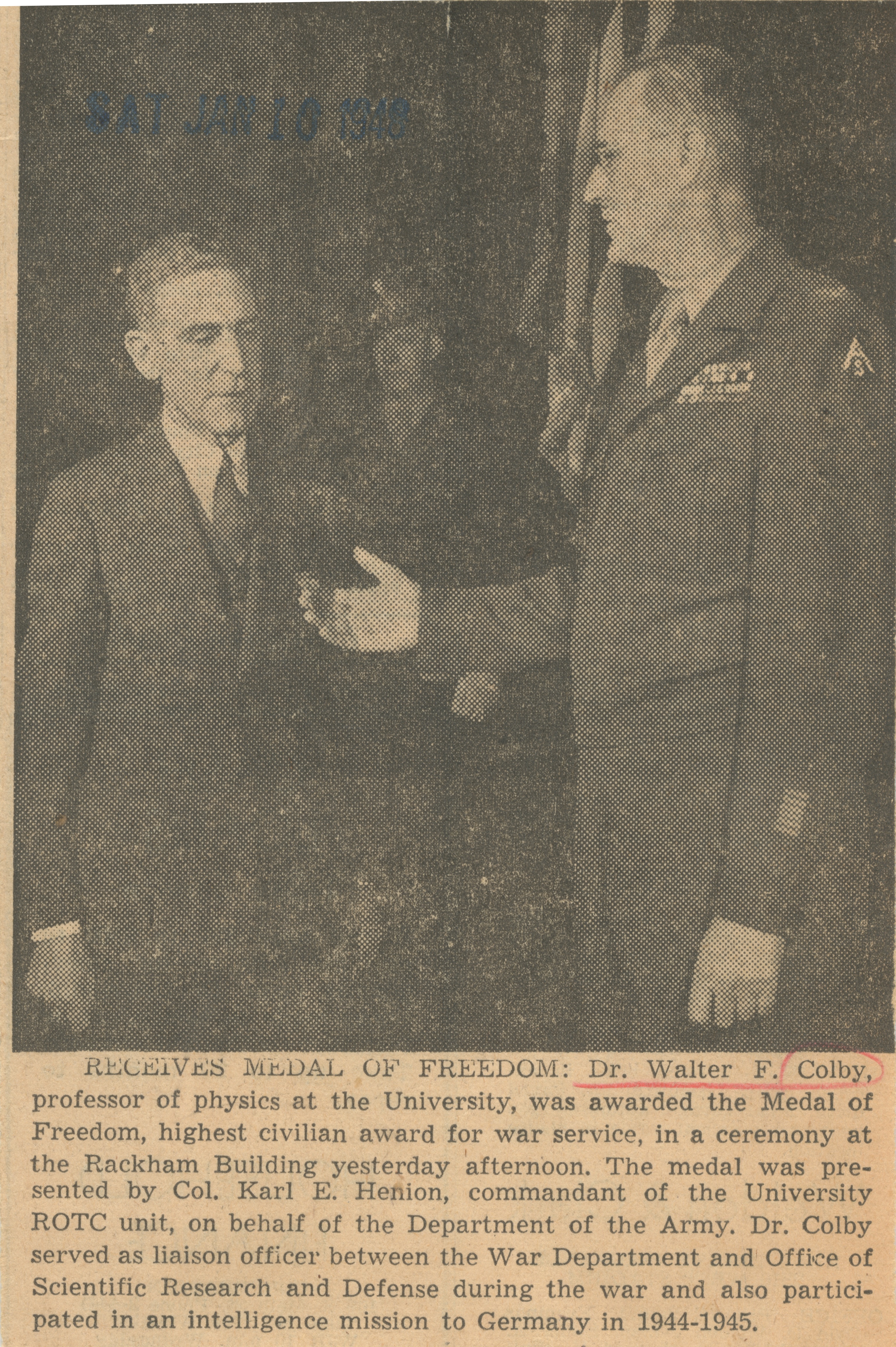 RECEIVES MEDAL OF FREEDOM: Dr. Walter F. Colby, professor of physics at the University, was awarded the Medal of Freedom, highest civilian award for war service, in a ceremony at the Rackham Building yesterday afternoon. The medal was presented by Col. Karl E. Henion, commandant of the University ROTC unit, on behalf of the Department of the Army. Dr. Colby served as liaison officer between the War Department and Office of Scientific Research and Defense during the war and also participated in an intelligence mission to Germany in 1944-1945.