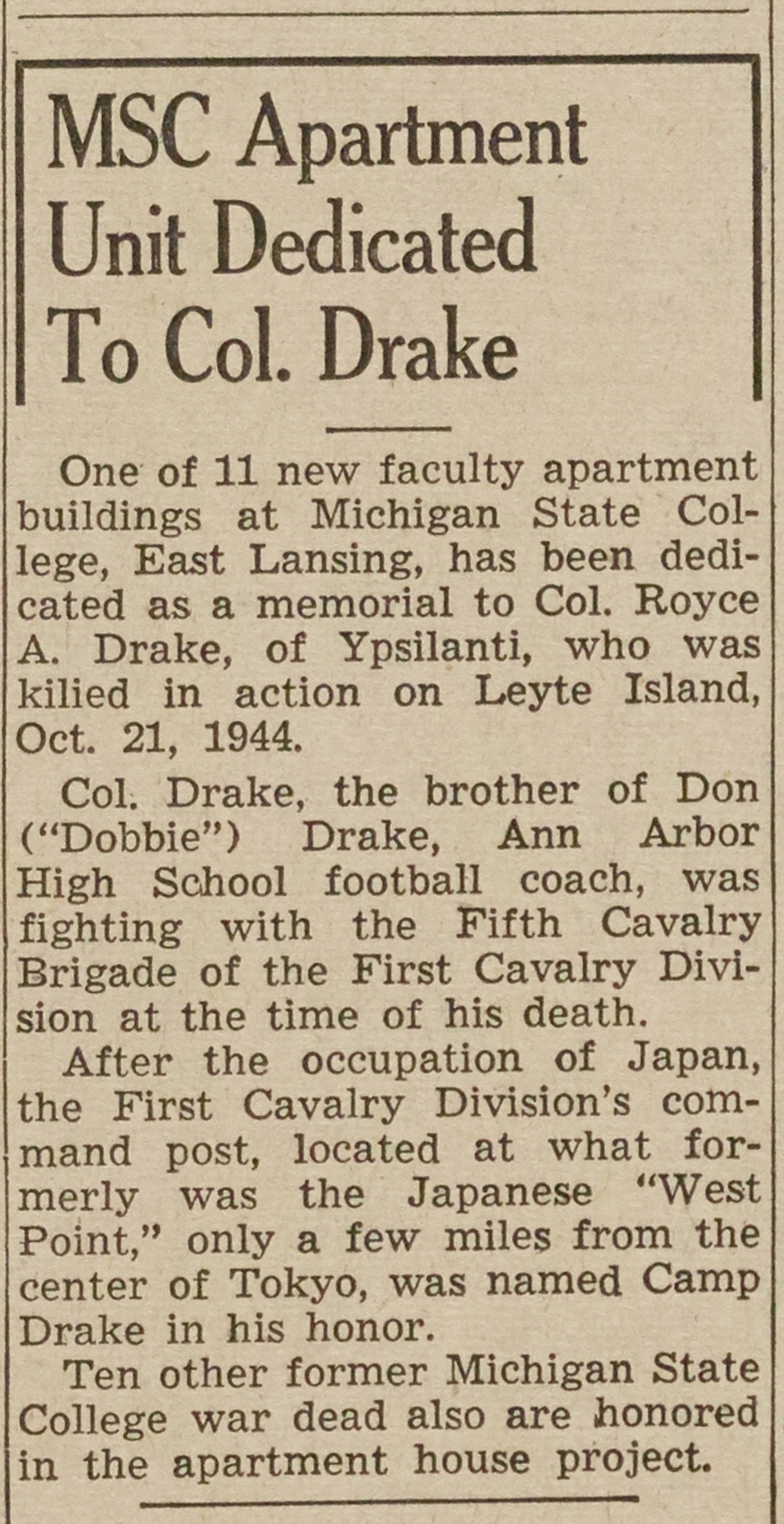 One of 11 new faculty apartment buildings at Michigan State College, East Lansing, has been dedicated as a memorial to Col. Royce A. Drake, of Ypsilanti, who was killed in action on Leyte Island, Oct. 21, 1944.

Col. Drake, the brother of Don ("Dobbie") Drake, Ann Arbor High School football coach, was fighting with the Fifth Cavalry Brigade of the First Cavalry Division at the time of his death.

After the occupation of Japan, the First Cavalry Division's command post, located at what formerly was the Japanese "West Point," only a few miles from the center of Tokyo, was named Camp Drake in his honor.