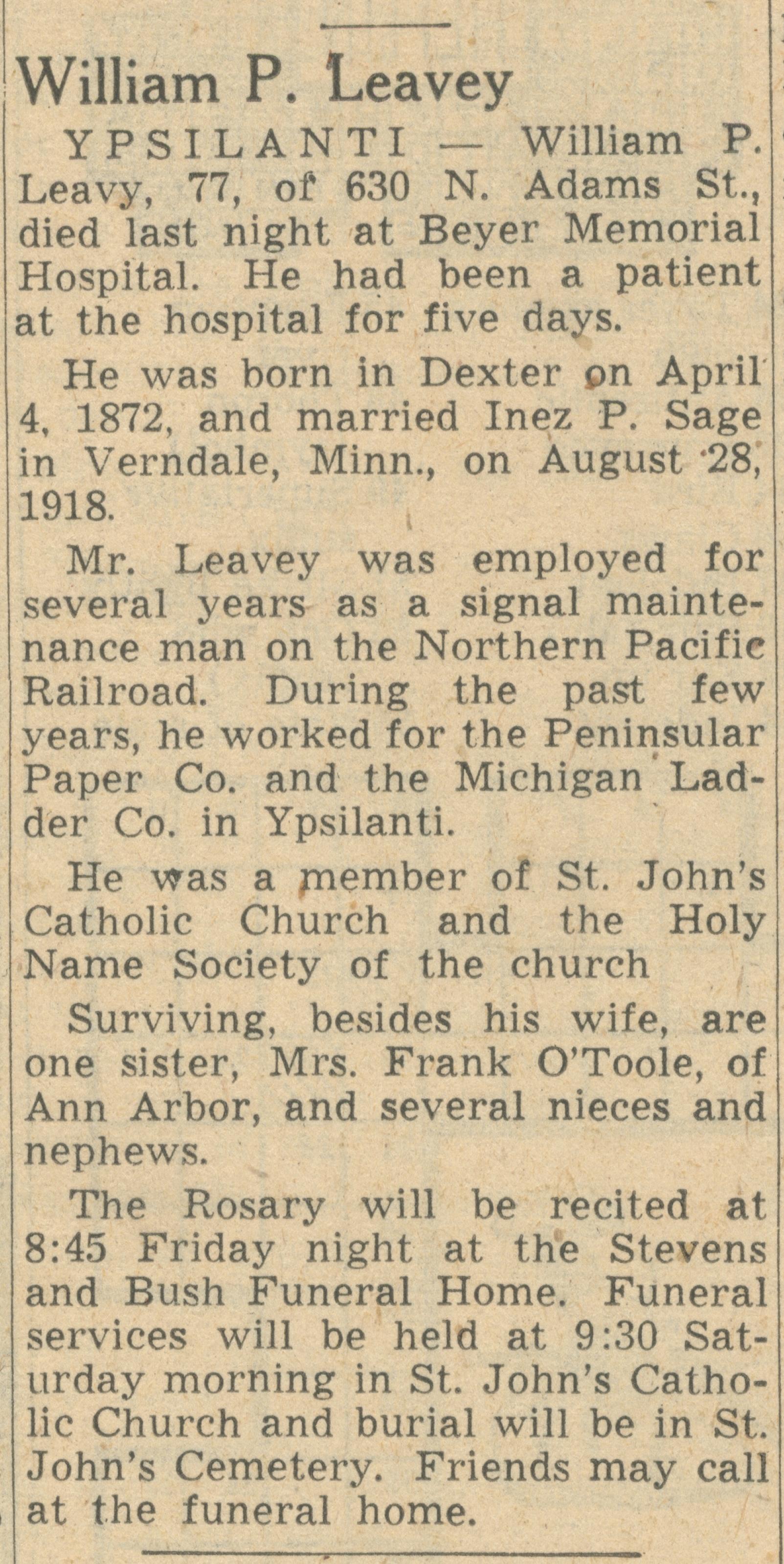 YPSILANTI—William P. Leavey, 77, of 630 N. Adams St. died last night at Beyer Memorial Hospital. He had been a patient at the hospital for five days.

Mr. Leavey was employed for several years as a signal maintenance man on the Northern Pacific Railroad. During the past few years, he worked for the Peninsular Paper Co. and the Michigan Ladder Co. in Ypsilanti.

He was a member of St. John’s Catholic Church and the Holy Name Society of the church.

Surviving, besides his wife, are one sister, Mrs. Frank O’Toole, of Ann Arbor, and several nieces and nephews.

The Rosary will be recited at 8:45 Friday night at the Stevens and Bush Funeral Home. Funeral services will be held at 9:30 Saturday morning in St. John’s Catholic Church and burial will be in St. John’s Cemetery. Friends may call at the funeral home.