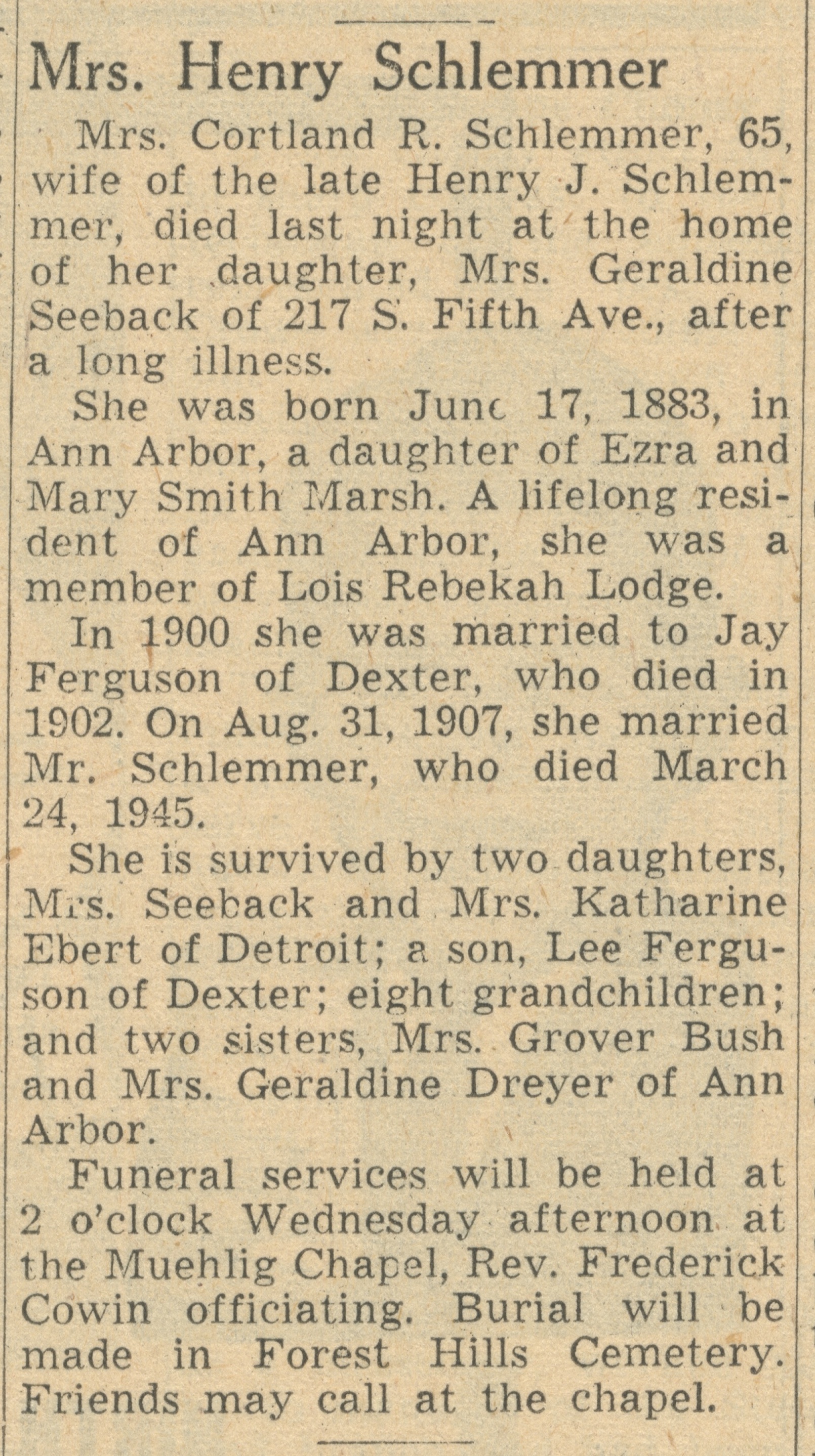 Mrs. Cortland R. Schlemmer, 65, wife of the late Henry J. Schlemmer, died last night at the home of her daughter, Mrs. Geraldine Seeback of 217 S. Fifth Ave., after a long illness.
She was born June 17, 1883, in Ann Arbor, a daughter of Ezra and Mary Smith Marsh. A lifelong resident of Ann Arbor, she was a member of Lois Rebekah Lodge.
In 1900 she was married to Jay Ferguson of Dexter, who died in 1902. On Aug. 31, 1907, she married Mr. Schlemmer, who died March 24, 1945.
She is survived by two daughters, Mrs. Seeback and Mrs. Katharine Ebert of Detroit; a son, Lee Ferguson of Dexter; eight grandchildren; and two sisters, Mrs. Grover Bush and Mrs. Geraldine Dreyer of Ann Arbor.
Funeral services will be held at 2 o'clock Wednesday afternoon at the Muehlig Chapel, Rev. Frederick Cown officiating. Burial will be made in Forest Hills Cemetery. Friends may call at the chapel.