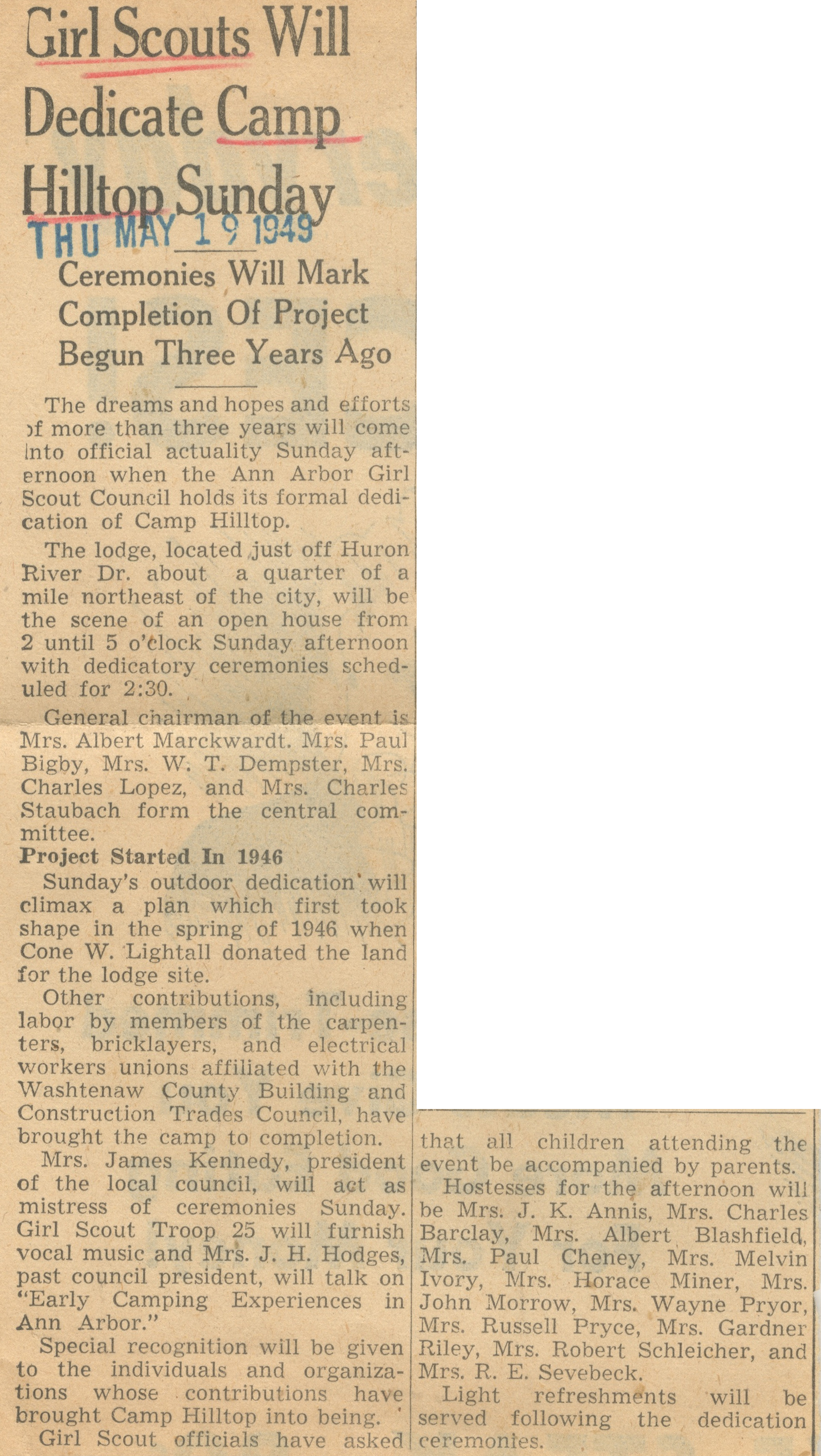 Ceremonies Will Mark Completion Of Project Begun Three Years Ago

The dreams and hopes and efforts of more than three years will come into official actuality Sunday afternoon when the Ann Arbor Girl Scout Council holds its formal dedication of Camp Hilltop.

The lodge, located just off Huron River Dr. about a quarter of a mile northeast of the city, will be the scene of an open house from 2 until 5 o’clock Sunday afternoon with dedicatory ceremonies scheduled for 2:30.

Sunday’s outdoor dedication will climax a plan which first took shape in the spring of 1946 when Cone W. Lightall donated the land for the lodge site.

Other contributions, including labor by members of the carpenters, bricklayers, and electrical workers unions affiliated with the Washtenaw County Building and Construction Trades Council, have brought the camp to completion.

Special recognition will be given to the individuals and organizations whose contributions have brought Camp Hilltop into being.

Girl Scout officials have asked that all children attending the event be accompanied by parents.

Light refreshments will be served following the dedication ceremonies.