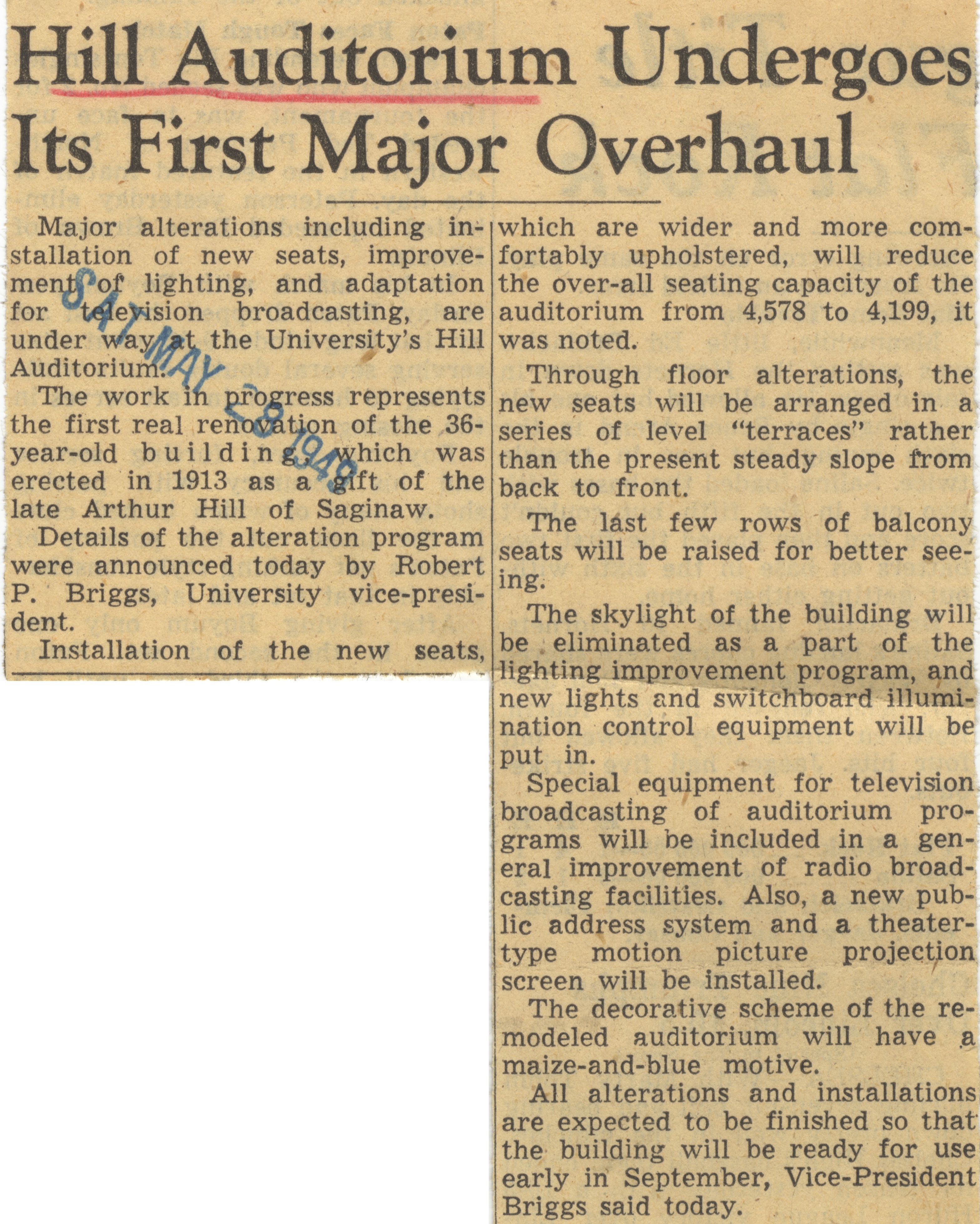 ﻿Hill Auditorium Undergoes Its First Major Overhaul<br><br>Major alterations including installation of new seats, improve-merdjpkd* lighting, and adaptation for f‘ t^fe^ision broadcasting, are under the University’s Hill<br><br>Auditoriunwy^-<br><br>The work in prbgress represents the first real renh^Uon of the 36-year-old b u i 1 d i n g(2^which was erected in 1913 as a’(gift of the late Arthur Hill of Saginaw.<br><br>Details of the alteration program were announced today by Robert P. Briggs, University vice-president.<br><br>! Installation of the new seats,<br><br>which are wider and more comfortably upholstered, will reduce the over-all seating capacity of the auditorium from 4,578 to 4,199, it was noted.<br><br>Through floor alterations, the new seats will be arranged in a series of level "terraces” rather than the present steady slope from back to front.<br><br>The last few rows of balcony seats will be raised for better seeing.<br><br>The skylight of the building will be eliminated as a part of the lighting improvement program, and new lights and switchboard illumination control equipment will be put in.<br><br>Special equipment for television broadcasting of auditorium programs will be included in a general improvement of radio broadcasting facilities. Also, a new public address system and a theater-type motion picture projection screen will be installed.<br><br>The decorative scheme of the remodeled auditorium will have a maize-and-blue motive.<br><br>All alterations and installations are expected to be finished so that the building will be ready for use early iri September, Vice-President Briggs said today.