Brownie With A Broken Leg! 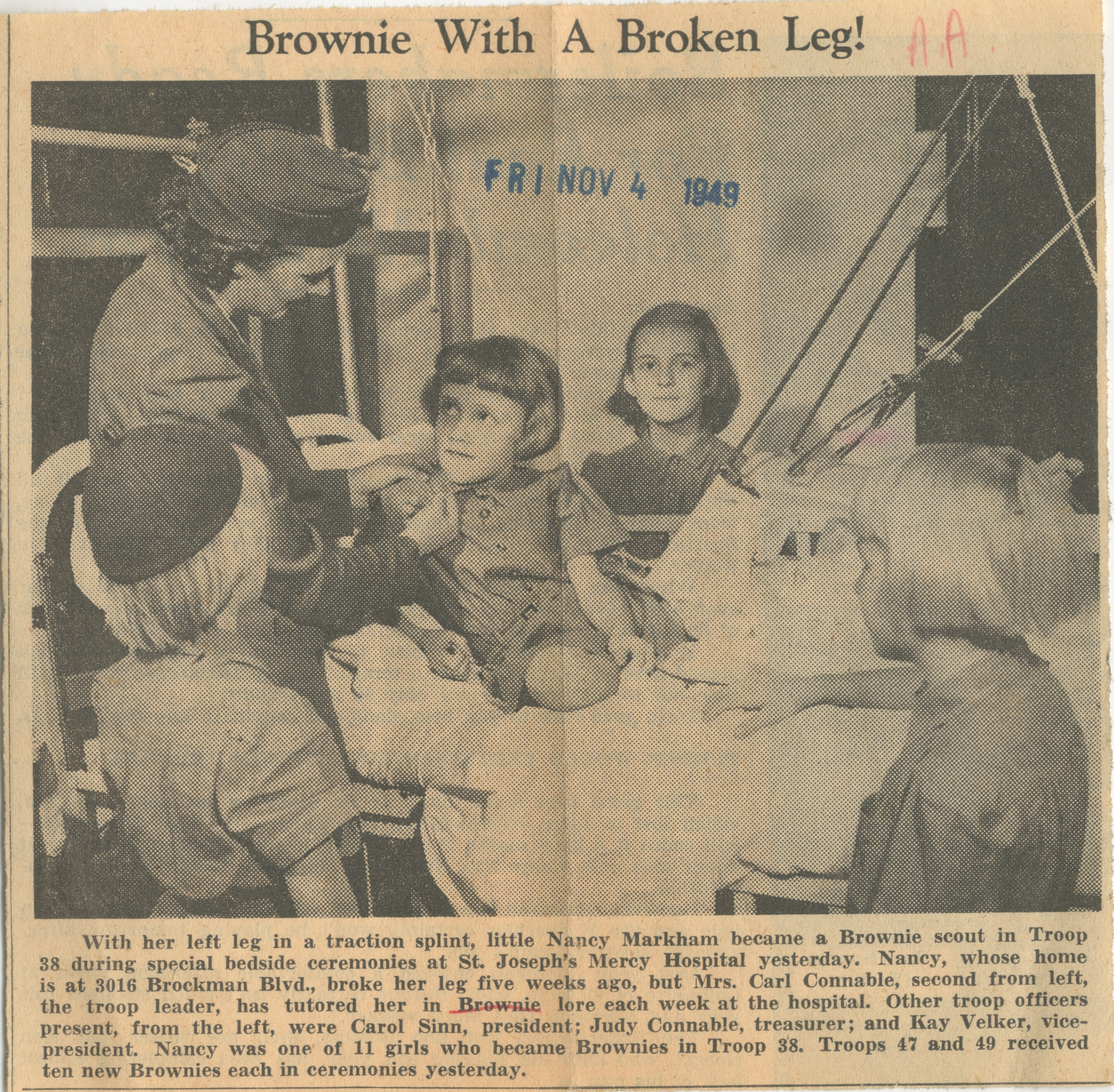 With her left leg in a traction splint, little Nancy Markham became a Brownie scout in Troop 38 during special bedside ceremonies at St. Joseph's Mercy Hospital yesterday. Nancy, whose home is at 3016 Brockman Blvd., broke her leg five weeks ago, but Mrs. Carl Connable, second from left, the troop leader, has tutored her in Brownie lore each week at the hospital. Other troop officers present, from the left, were Carol Sinn, president; Judy Connable, treasurer; and Kay Velker, vice-president. Nancy was one of 11 girls who became Brownies in Troop 38. Troops 47 and 49 received ten new Brownies each in ceremonies yesterday.