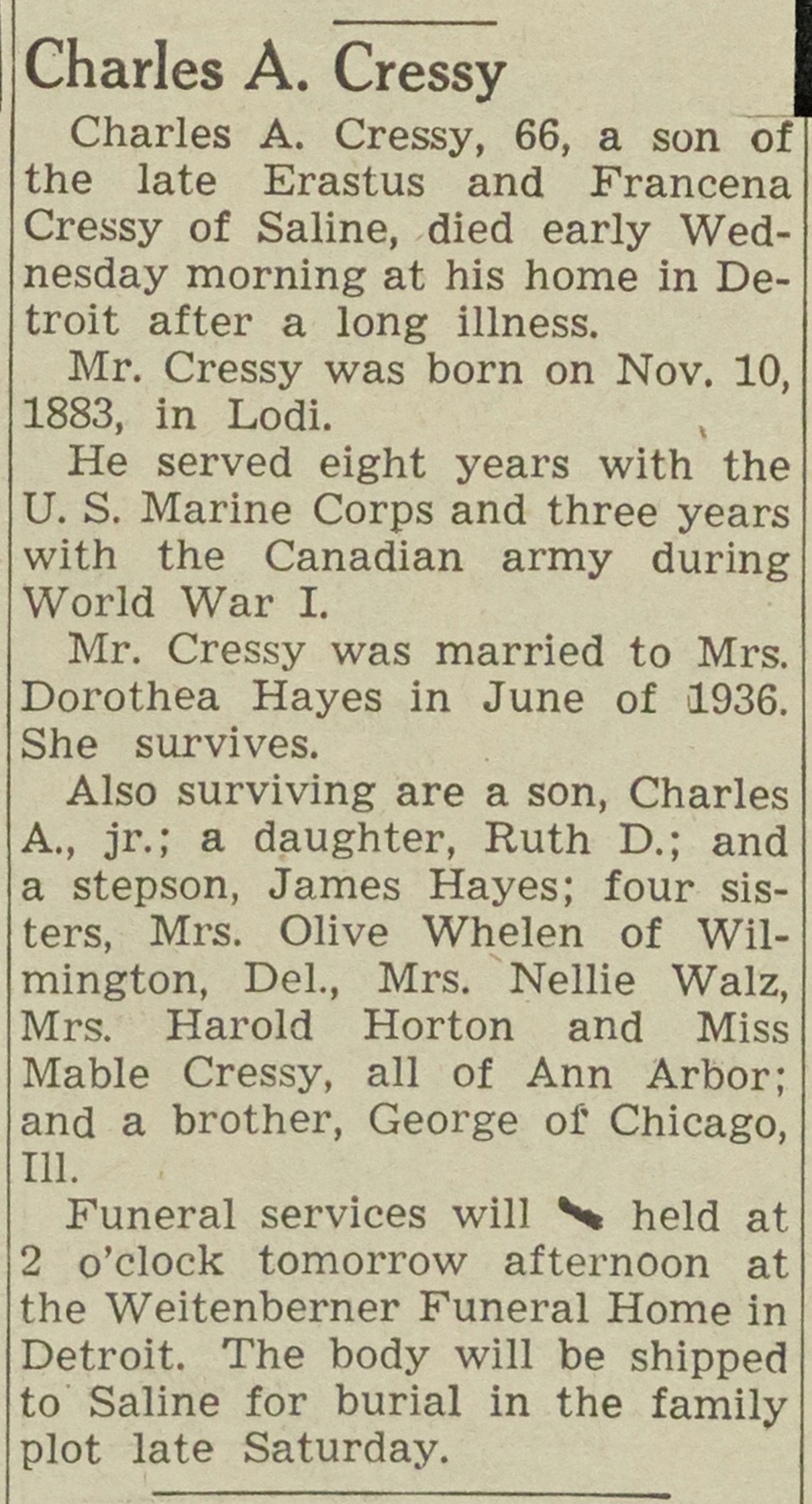 Charles A. Cressy, 66, a son of the late Erastus and Francena Cressy of Saline, died early Wednesday morning at his home in Detroit after a long illness.

Mr. Cressy was married to Mrs. Dorothea Hayes in June of 1936. She survives.

Funeral services will be held at 2 o'clock tomorrow afternoon at the Weitenberner Funeral Home in Detroit. The body will be shipped to Saline for burial in the family plot late Saturday.