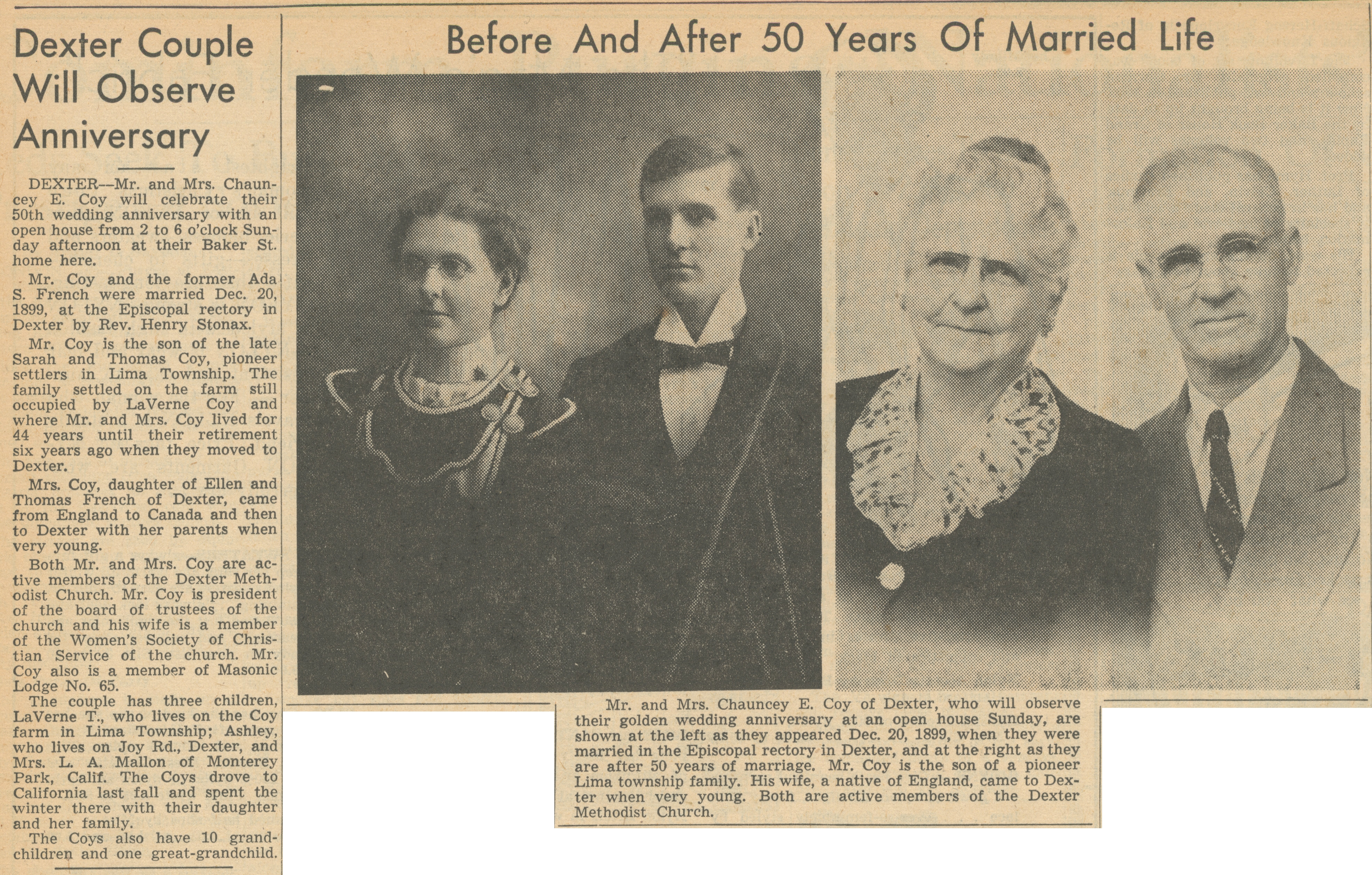 DEXTER—Mr. and Mrs. Chauncey E. Coy will celebrate their 50th wedding anniversary with an open house from 2 to 6 o’clock Sunday afternoon at their Baker St. home here.

Mr. Coy and the former Ada S. French were married Dec. 20, 1899 at the Episcopal rectory in Dexter by Rev. Henry Stonax.

Mr. Coy is the son of the late Sarah and Thomas Coy, pioneer settlers in Lima Township. The family settled on the farm still occupied by LaVerne Coy and where Mr. and Mrs. Coy lived for 44 years until their retirement six years ago when they moved to Dexter.

Mrs. Coy, daughter of Ellen and Thomas French of Dexter, came from England to Canada and then to Dexter with her parents when very young.

The couple has three children, LaVerne T., who lives on the Coy farm in Lima Township; Ashley, who lives on Joy Rd., Dexter, and Mrs. L. A. Mallon of Monterey Park, Calif. The Coys drove to California last fall and spent the winter there with their daughter and her family.

The Coys also have 10 grandchildren and one great-grandchild.

IMAGE TEXT: BEFORE AND AFTER 50 YEARS OF MARRIED LIFE: Mr. and Mrs. Chauncey E. Coy of Dexter, who will observe their golden wedding anniversary at an open house Sunday, are shown at the left as they appeared Dec. 20, 1899, when they were married in the Episcopal rectory in Dexter, and at the right as they are after 50 years of marriage. Mr. Coy is the son of a pioneer Lima township family. His wife, a native of England, came to Dexter when very young. Both are active members of the Dexter Methodist Church.