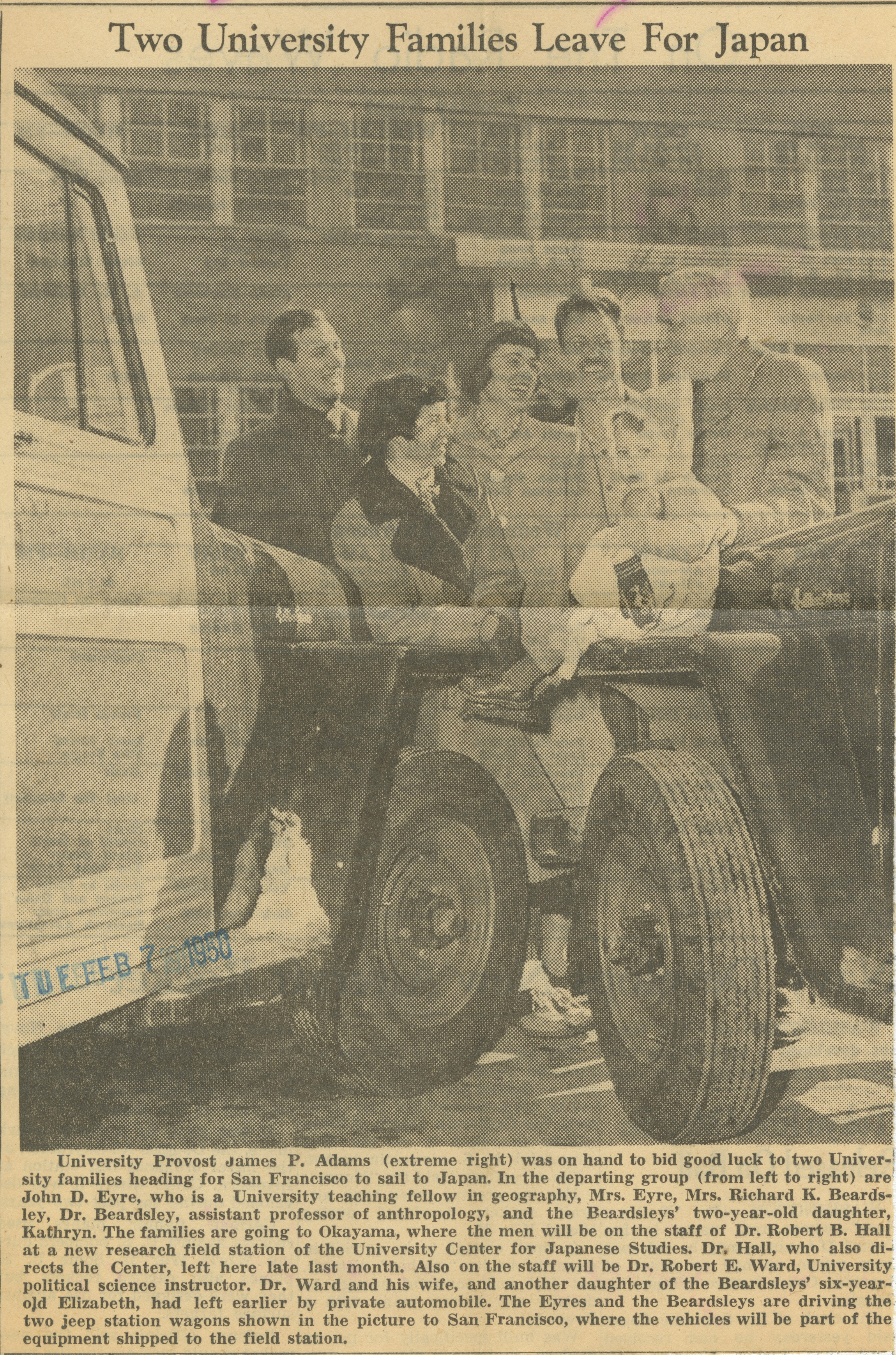 ﻿University Provost James P. Adams (extreme right) was on hand to bid good luck to two University families heading for San Francisco to sail to Japan. In the departing group (from left to right) are John D. Eyre, who is a University teaching fellow in geography, Mrs. Eyre, Mrs. Richard K. Beardsley, Dr. Beardsley, assistant professor of anthropology, and the Beardsleys’ two-year-old daughter, Kathryn. The families are going to Okayama, where the men will be on the staff of Dr. Robert B. Hall at a new research field station of the University Center for Japanese Studies. Dr. Hall, who also directs the Center, left here late last month. Also on the staff will be Dr. Robert E. Ward, University political science instructor. Dr. Ward and his wife, and another daughter of the Beardsleys’ six-year-old Elizabeth, had left earlier by private automobile. The Eyres and the Beardsleys are driving the two jeep station wagons shown in the picture to San Francisco, where the vehicles will be part of the equipment shipped to the field station.