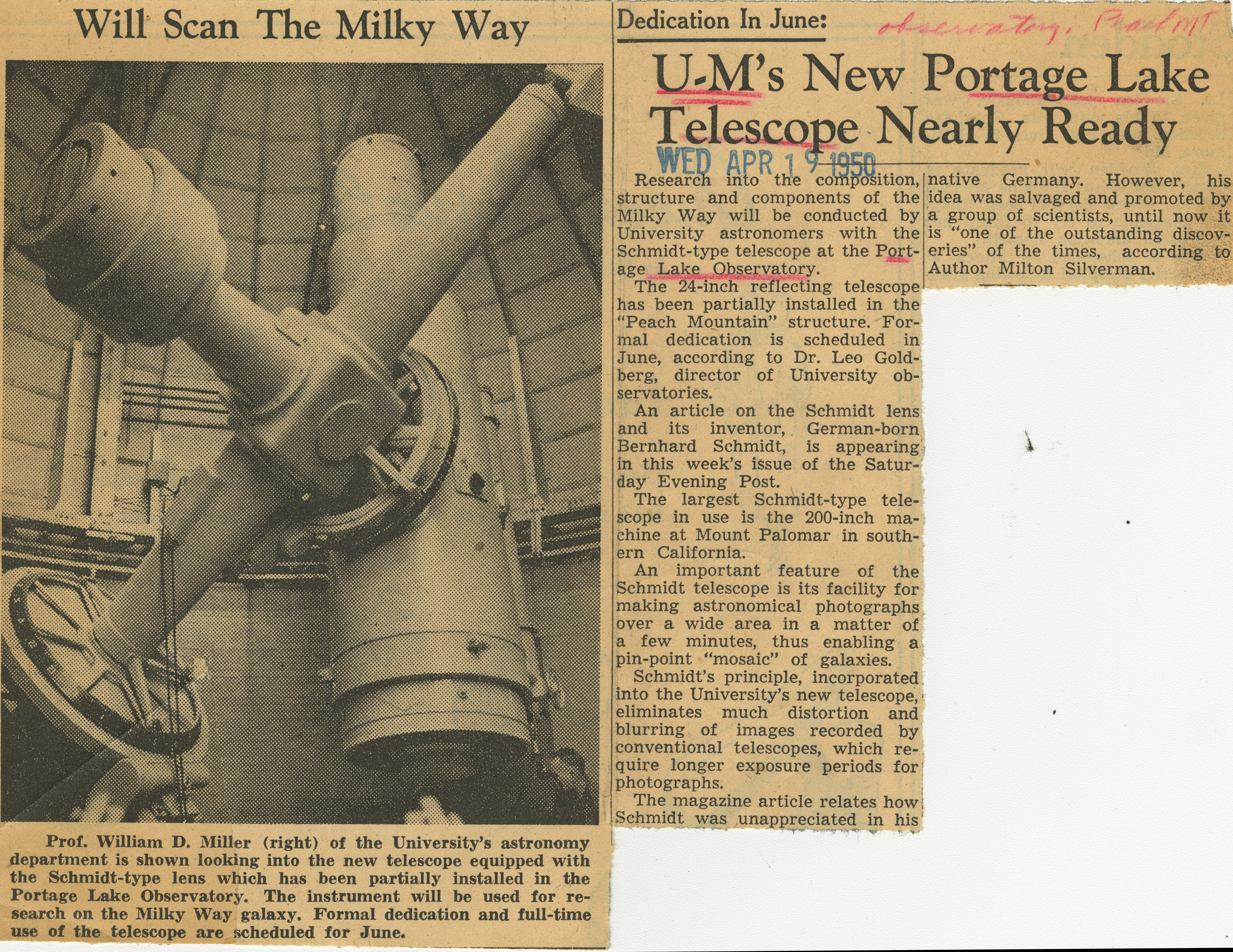 ﻿Will Scan The Milky Way

The24-inch reflecting telescope has been partially installed in the "Peach Mountain” structure. Formal dedication is scheduled in June, according to Dr. Leo Goldberg, director of University observatories.

An article on the Schmidt lens and its inventor, German-born Bernhard Schmidt, is appearing in this week’s issue of the Saturday Evening Post.

The largest Schmidt-type telescope in use is the 200-inch machine at Mount Palomar in southern California.

An important feature of the Schmidt telescope is its facility for making astronomical photographs over a wide area in a matter of a few minutes, thus enabling a pin-point “mosaic” of galaxies.

Schmidt’s principle, incorporated into the University’s new telescope, eliminates much distortion and blurring of images recorded by conventional telescopes, which require longer exposure periods for photographs.

The magazine article relates how Schmidt was unappreciated in his native Germany. However, his idea was salvaged and promoted by a group of scientists, until now it is “one of the outstanding discoveries” of the times, according to Author Milton Silverman.

Prof. William D. Miller (right) of the University’s astronomy department is shown looking into the new telescope equipped with the Schmidt-type lens which has been partially installed in the Portage Lake Observatory. The instrument will be used for research on the Milky Way galaxy. Formal dedication and full-time use of the telescope are scheduled for June.