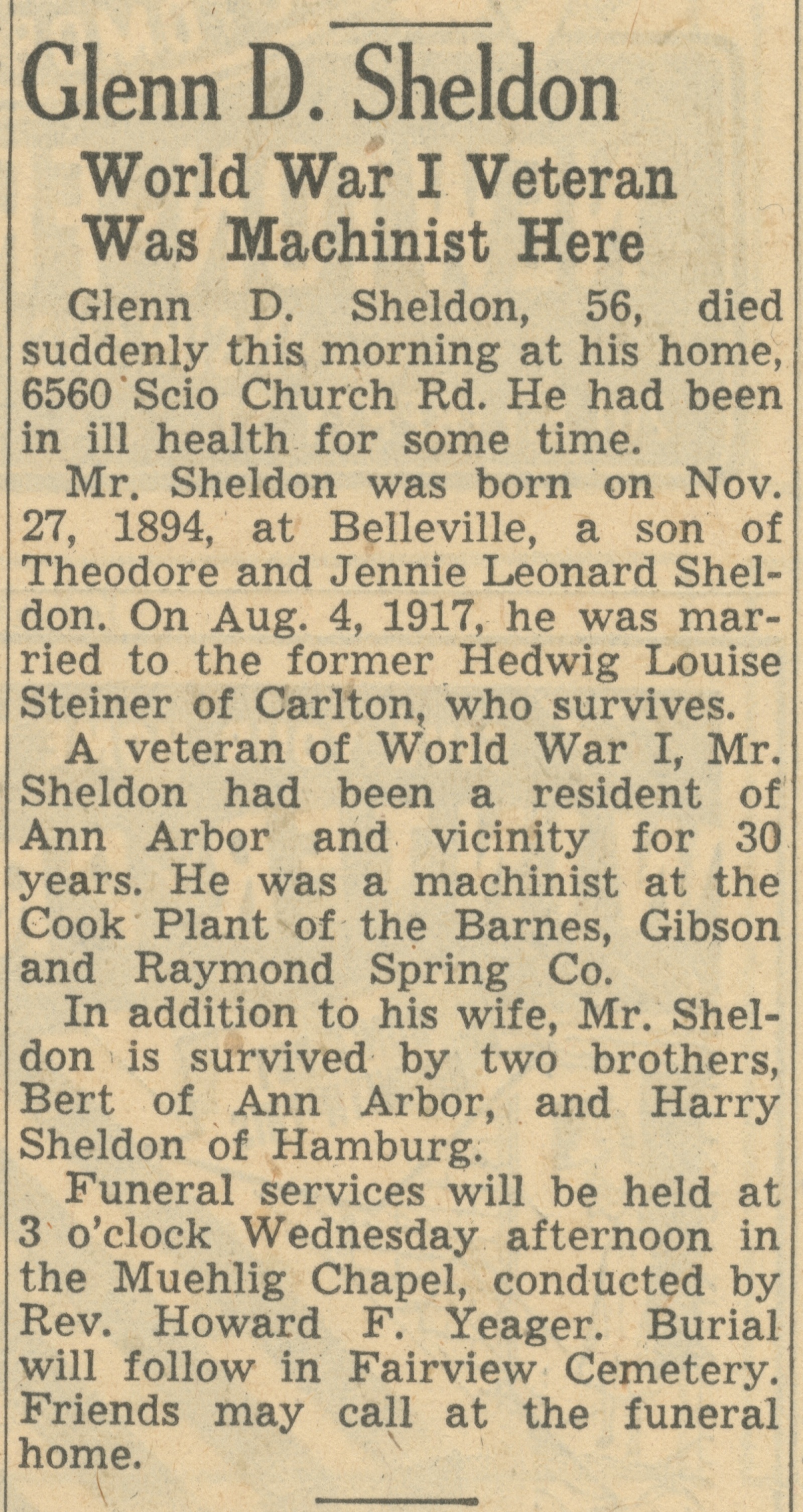 World War I Veteran
Was Machinist Here
Glenn D. Sheldon, 56, died suddenly this morning at his home, 6560 Scio Church Rd. He had been in ill health for some time.
Mr. Sheldon was born on Nov. 27, 1894, at Belleville, a son of Theodore and Jennie Leonard Sheldon. On Aug. 4, 1917, he was married to the former Hedwig Louise Steiner of Carlton, who survives.
A veteran of World War I, Mr. Sheldon had been a resident of Ann Arbor and vicinity for 30 years. He was a machinist at the Cook Plant of the Barnes, Gibson and Raymond Spring Co.
In addition to his wife, Mr. Sheldon is survived by two brothers, Bert of Ann Arbor, and Harry Sheldon of Hamburg.
Funeral services will be held at 3 o'clock Wednesday afternoon in the Muehlig Chapel, conducted by Rev. Howard F. Yeager. Burial will follow in Fairview Cemetery. Friends may call at the funeral home.