Driver Looks On As Train Grinds Auto To Pieces 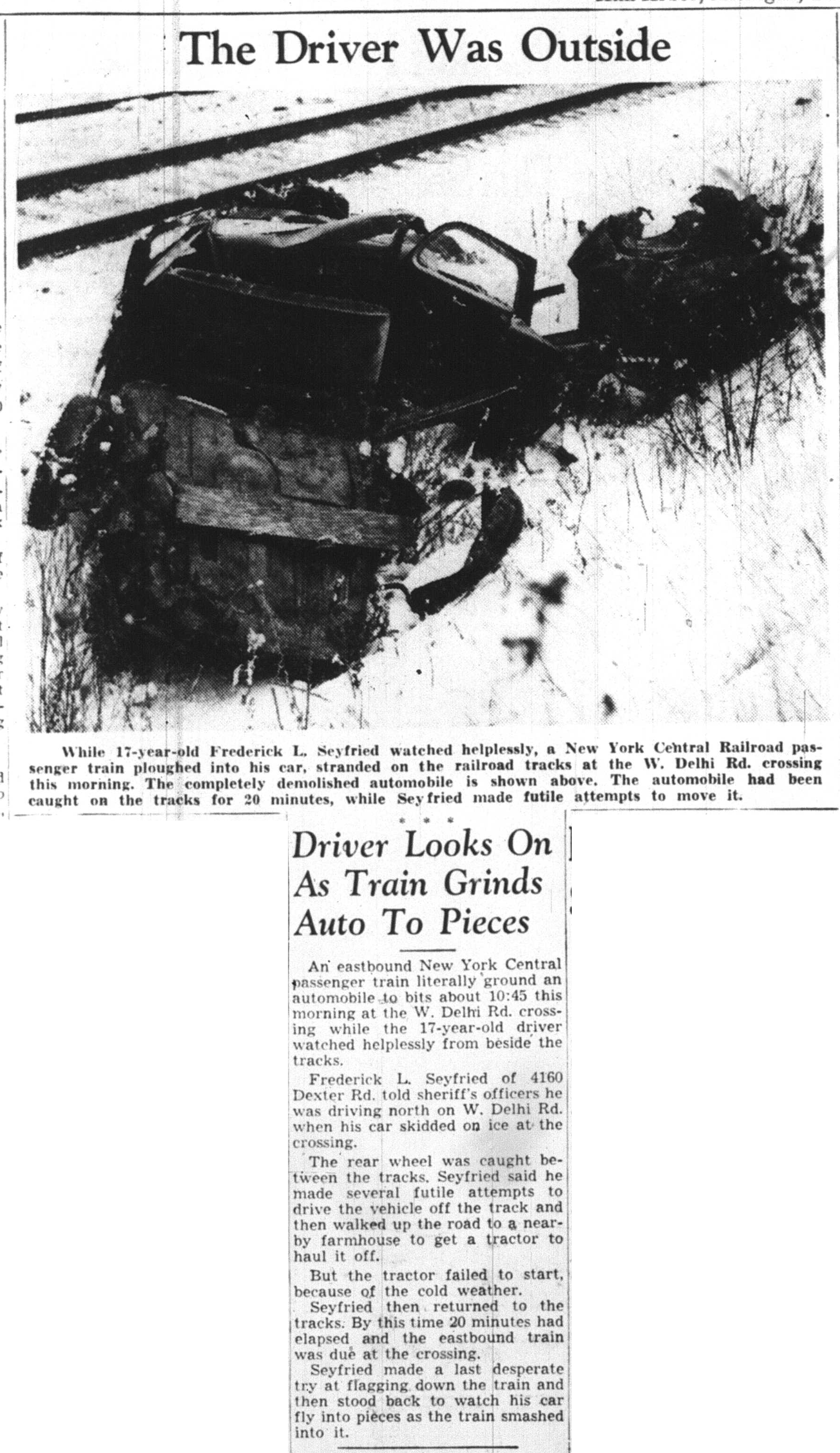 While 17-year-old Frederick L. Seyfried watched helplessly, a New York Central Railroad passenger train ploughed into his car, stranded on the railroad tracks at the W. Delhi Rd. crossing this morning. The completely demolished automobile is shown above. The automobile had been caught on the tracks for 20 minutes, while Seyfried made futile attempts to move it.
Driver Looks On As Train Grinds Auto To Pieces
An eastbound New York Central passenger train literally ground an automobile to bits about 10:45 this morning at the W. Delhi Rd. crossing while the 17-year-old driver watched helplessly from beside the tracks.
Frederick L. Seyfried of 4160 Dexter Rd. told sheriff's officers he was driving north on W. Delhi Rd. when his car skidded on ice at the crossing.

The rear wheel was caught between the tracks. Seyfried said he made several futile attempts to drive the vehicle off the track and then walked up the road to a nearby farmhouse to get a tractor to haul it off.

But the tractor failed to start, because of the cold weather.

Seyfried then returned to the tracks. By this time 20 minutes had elapsed and the eastbound train was due at the crossing.

Seyfried made a last desperate try at flagging down the train and then stood back to watch his car fly into pieces as the train smashed into it.