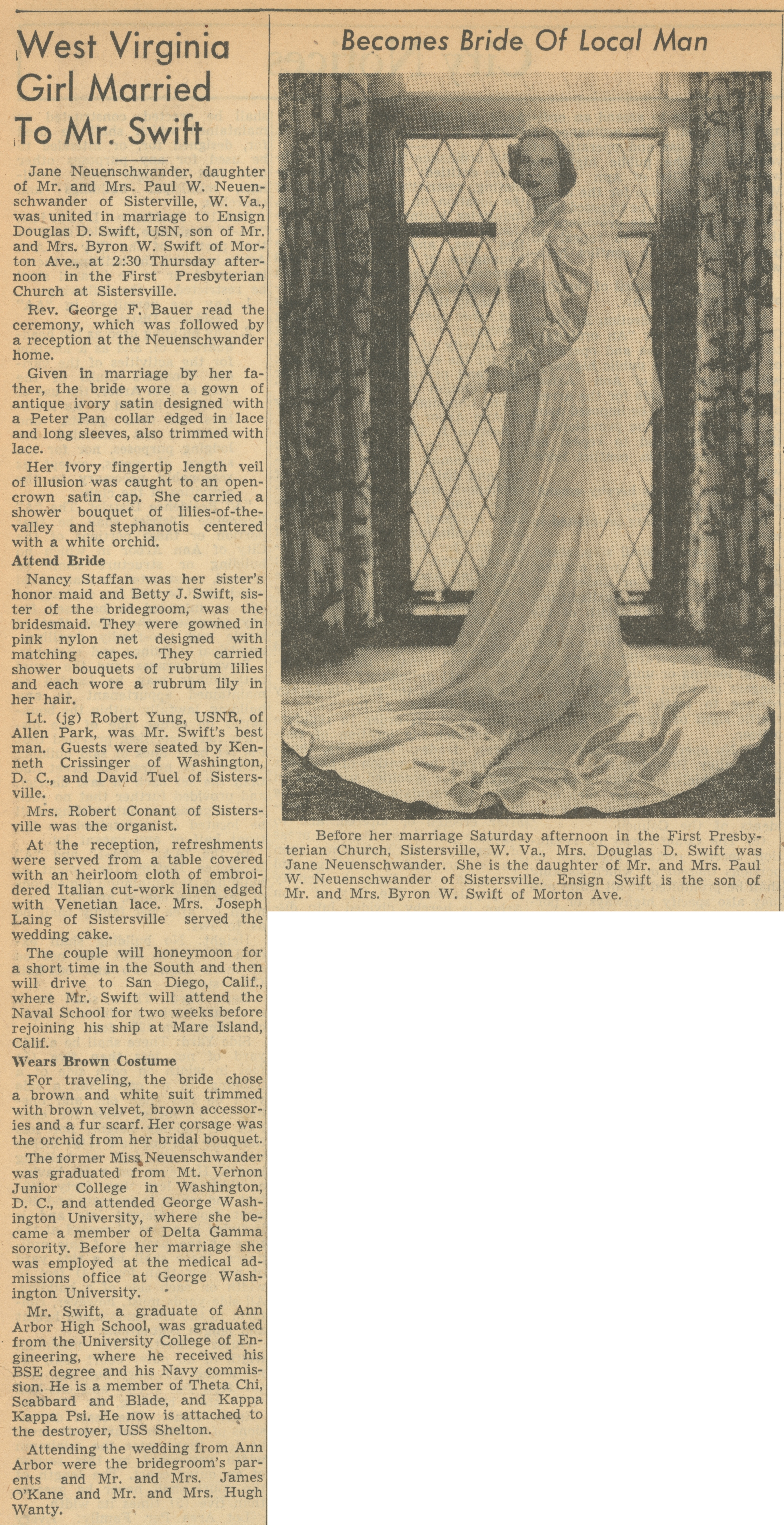 Rev. George F. Bauer read the ceremony, which was followed by a reception at the Neuenschwander home.

Given in marriage by her father, the bride wore a gown of antique ivory satin designed with a Peter Pan collar edged in lace and long sleeves, also trimmed with lace.

Her ivory fingertip length veil of illusion was caught to an open-crown satin cap. She carried a shower bouquet of lilies-of-the-valley and stephanotis centered with a white orchid.

Nancy Staffan was her sister’s honor maid and Betty J. Swift, sister of the bridegroom, was the bridesmaid. They were gowned in pink nylon net designed with matching capes. They carried shower bouquets of rubrum lilies and each wore a rubrum lily in her hair.

Mrs. Robert Conant of Sistersville was the organist.

At the reception, refreshments were served from a table covered with an heirloom cloth of embroidered Italian cut-work linen edged with Venetian lace. Mrs. Joseph Laing of Sistersville served the wedding cake.

The couple will honeymoon for a short time in the South and then will drive to San Diego, Calif., where Mr. Swift will attend the Naval School for two weeks before rejoining his ship at Mare Island, Calif.

For traveling, the bride chose a brown and white suit trimmed with brown velvet, brown accessories and a fur scarf. Her corsage was the orchid from her bridal bouquet.

Mr. Swift, a graduate of Ann Arbor High School, was graduated from the University College of Engineering, where he received his BSE degree and his Navy commission. He is a member of Theta Chi, Scabbard and Blade, and Kappa Kappa Psi. He now is attached to the destroyer, USS Shelton.