Huron Hotel Goes Out Of Business 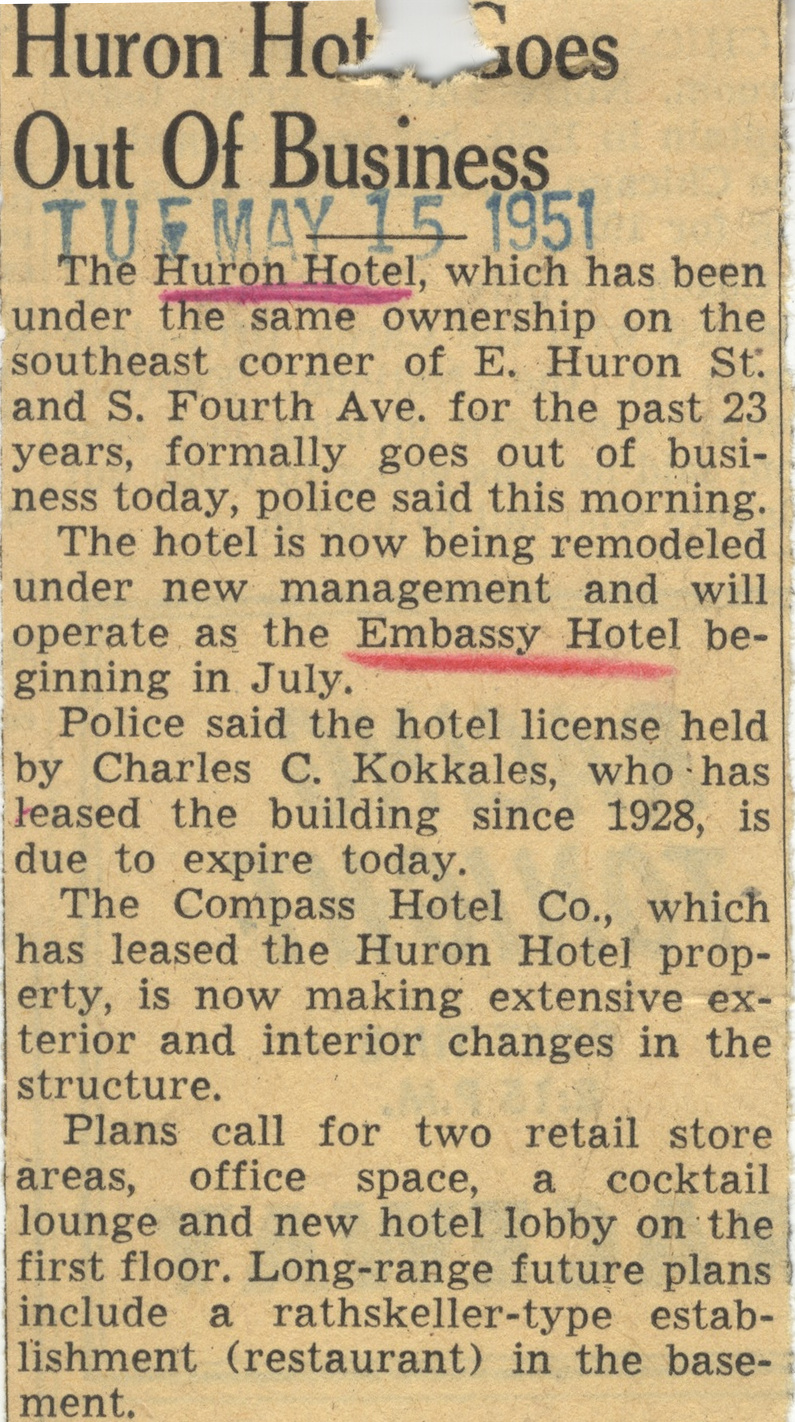 Huron Hotel Goes ﻿Out Of Business

The Huron Hotel, which has been under the same ownership on the southeast corner of E. Huron St. and S. Fourth Ave. for the past 23 years, formally goes out of business today, police said this morning.

The hotel is now being remodeled under new management and will operate as the Embassy Hotel beginning in July.

Police said the hotel license held by Charles C. Kokkales, who has leased the building since 1928, is due to expire today.

The Compass Hotel Co., which has leased the Huron Hotel property, is now making extensive exterior and interior changes in the structure.