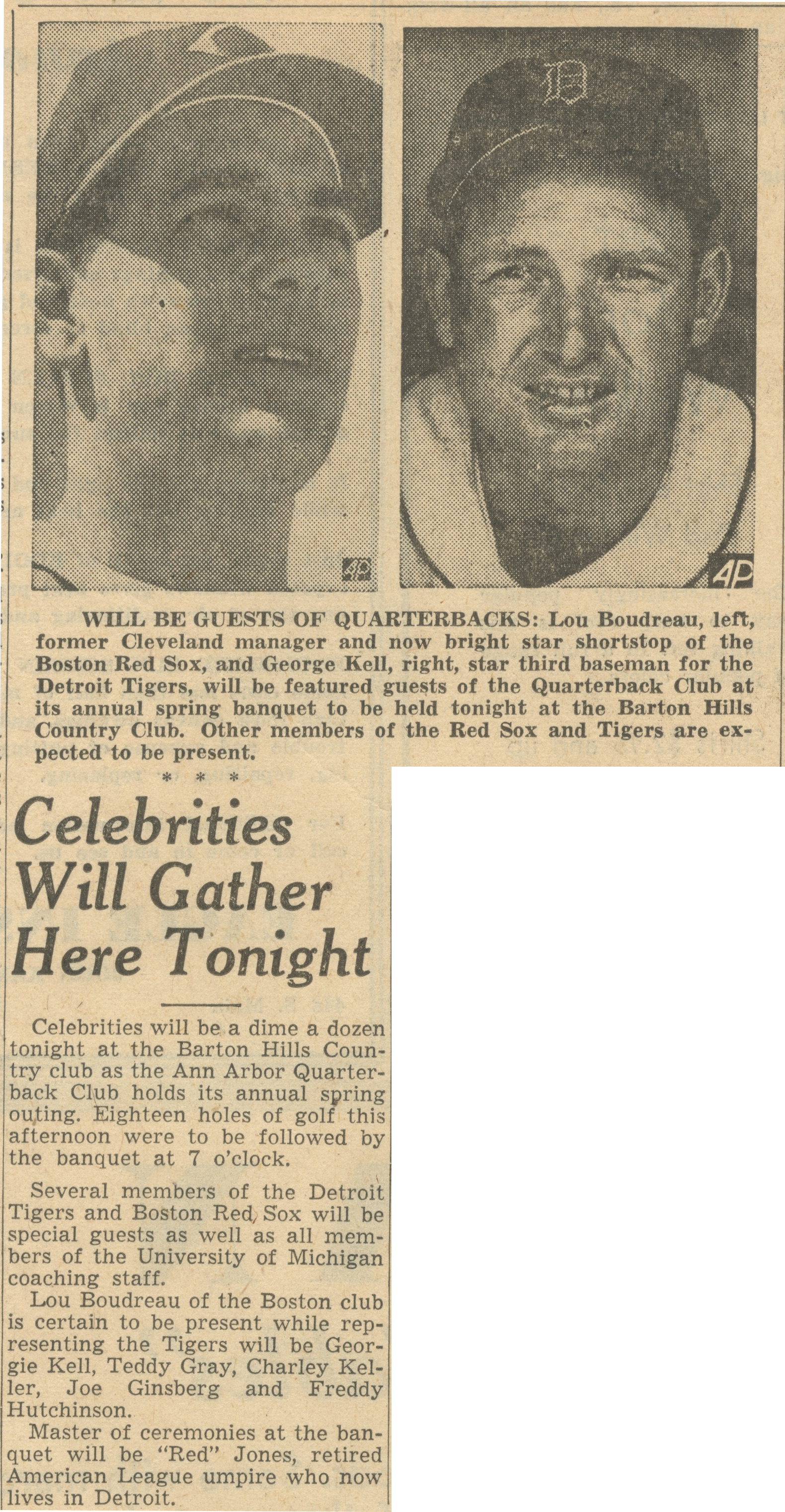 [image]  ﻿WILL BE GUESTS OF QUARTERBACKS: Lou Boudreau, left, former Cleveland manager and now bright star shortstop of the Boston Red Sox, and George Kell, right, star third baseman for the Detroit Tigers, will be featured guests of the Quarterback Club at its annual spring banquet to be held tonight at the Barton Hills Country Club. Other members of the Red Sox and Tigers are expected to be present.

Celebrities will be a dime a dozen tonight at the Barton Hills Country club as the Ann Arbor Quarterback Club holds its annual spring outing. Eighteen holes of golf this afternoon were to be followed by the banquet at 7 o’clock.

Lou Boudreau of the Boston club is certain to be present while representing the Tigers will be Georgie Kell, Teddy Gray, Charley Keller, Joe Ginsberg and Freddy Hutchinson.

Master of ceremonies at the banquet will be "Red” Jones, retired American League umpire who now lives in Detroit.