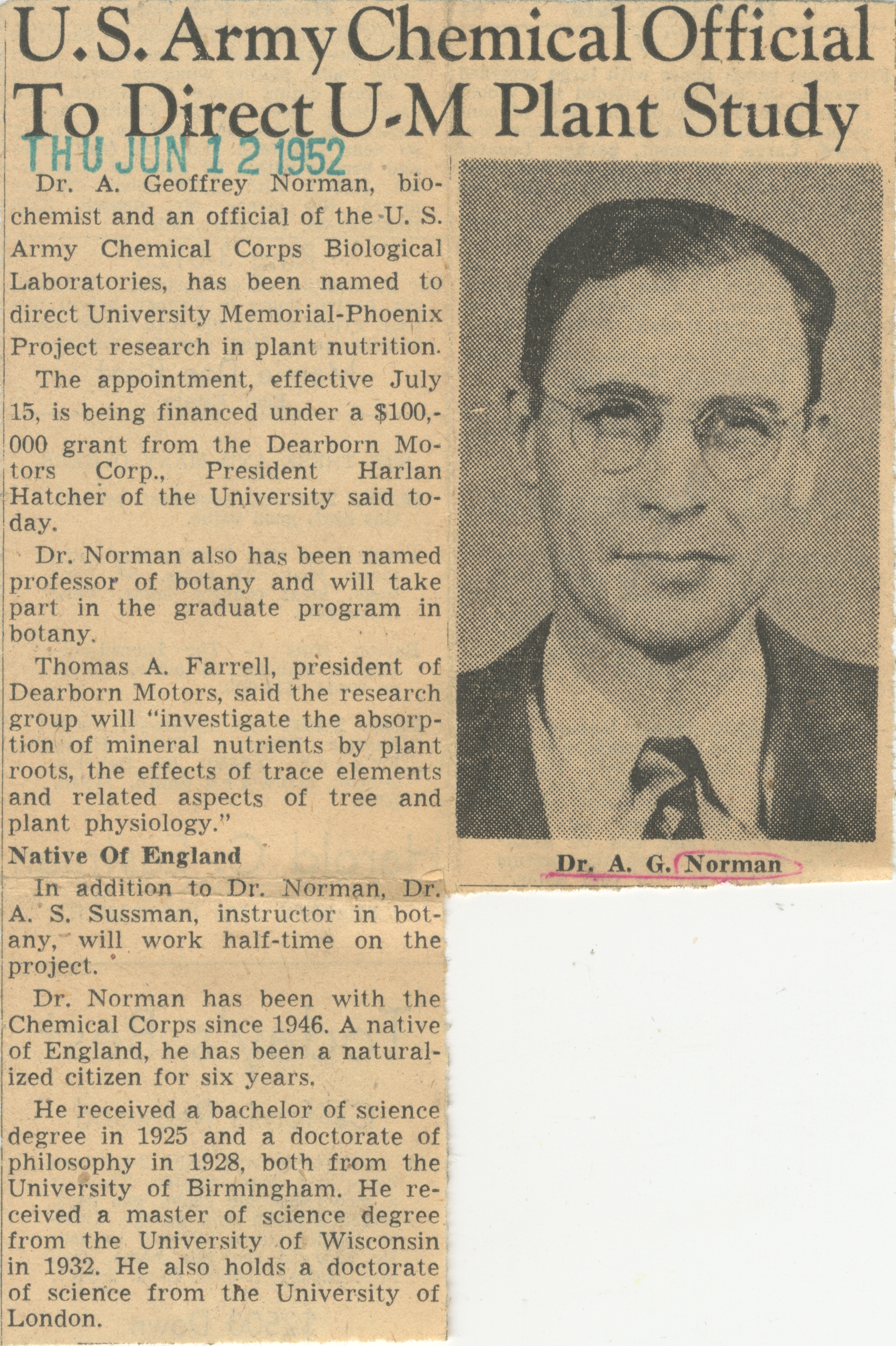 Dr. A. Geoffrey Norman, bio-chemist and an official of the U. S.
Army Chemical Corps Biological Laboratories, has been named to direct University Memorial-Phoenix Project research in plant nutrition.

The appointment, effective July 15, is being financed under a $100,000 grant from the Dearborn Motors Corp., President Harlan J Hatcher of the University said today.

Dr. Norman also has been named professor of botany and will take part in the graduate program in botany.

Thomas A. Farrell, president of Dearborn Motors, said the research group will “investigate the absorption of mineral nutrients by plant roots, the effects of trace elements and related aspects of tree and plant physiology.”

In addition to Dr. Norman, Dr. A. S. Sussman, instructor in botany, will work half-time on the project.

Dr. Norman has been with the Chemical Corps since 1946. A native of England, he has been a naturalized citizen for six years.