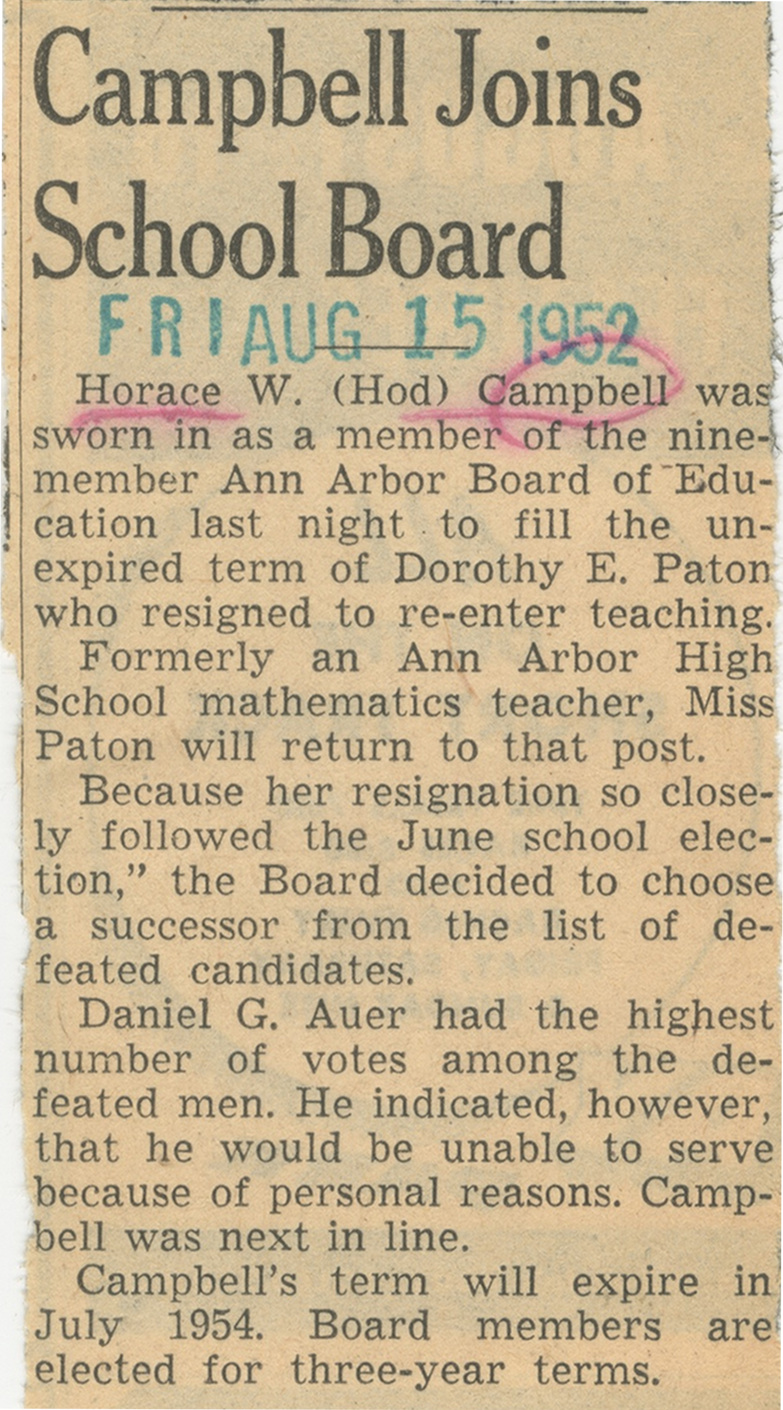 Horace W. (Hod) Campbell was sworn in as a member of the nine-member Ann Arbor Board of Education last night to fill the unexpired term of Dorothy E. Paton who resigned to re-enter teaching.

Because her resignation so closely followed the June school election, the Board decided to choose a successor from the list of defeated candidates.

Daniel G. Auer had the highest number of votes among the defeated men. He indicated, however, that he would be unable to serve because of personal reasons. Campbell was next in line.

Campbell's term will expire in July 1954. Board members are elected for three-year terms.