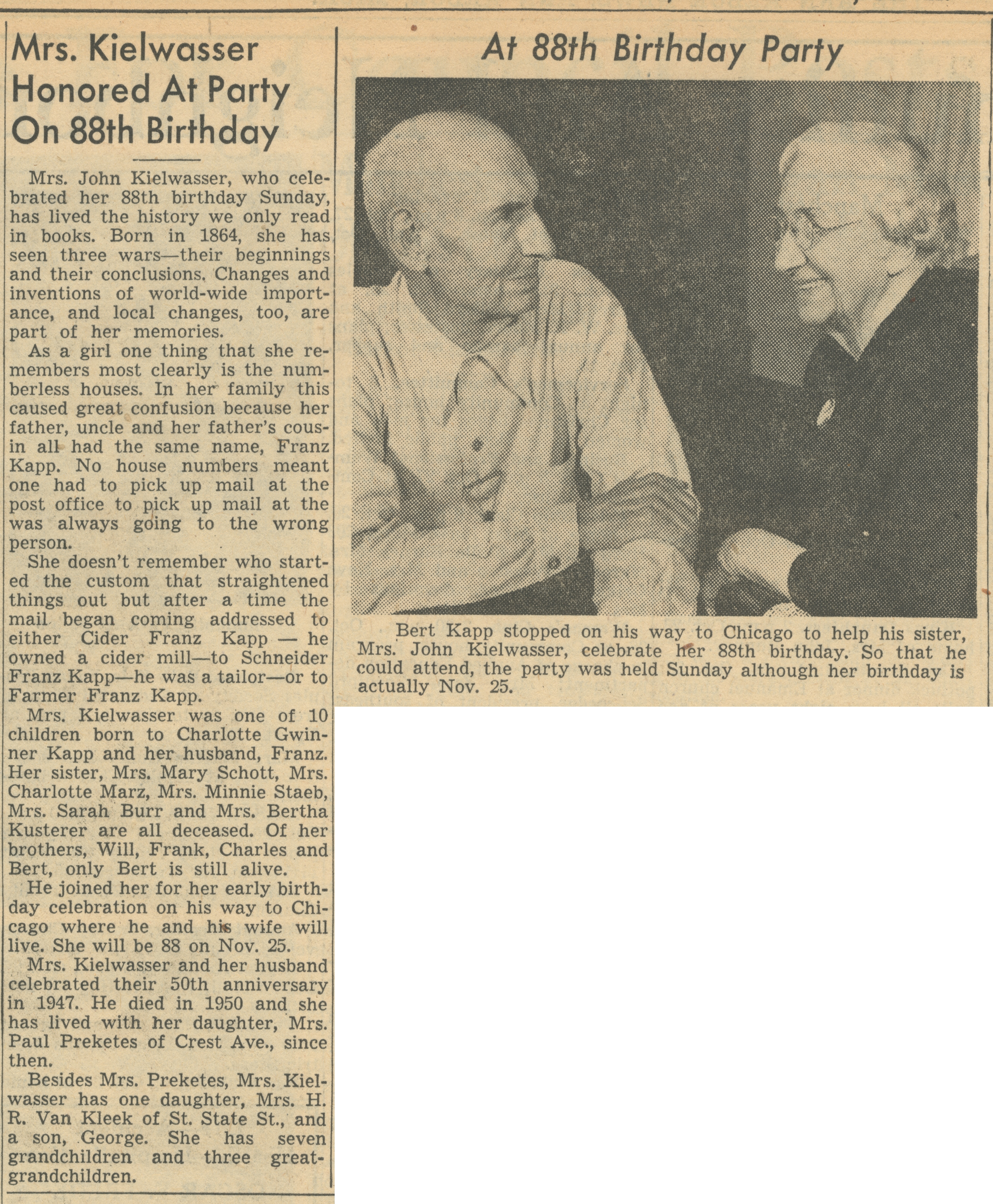 Mrs. John Kielwasser, who celebrated her 88th birthday Sunday, has lived the history we only read in books. Born in 1864, she has seen three wars - their beginnings and their conclusions. Changes and inventions of world-wide importance, and local changes, too, are part of her memories.
As a girl one thing that she remembers most clearly is the numberless houses. In her family this caused great confusion because her father, uncle and her father's cousin all had the same name, Franz Kapp. No house numbers meant one had to pick up mail at the post office to pick up mail at the was always going to the wrong person.
She doesn't remember who started the custom that straightened things out but after a time the mail began coming addressed to either Cider Franz Kapp - he owned a cider mill - to Schneider Franz Kapp - he was a tailor - or to Farmer Franz Kapp.
Mrs. Kielwasser was one of 10 children born to Charlotte Gwinner Kapp and her husband, Franz. Her sister, Mrs. Mary Schott, Mrs. Charlotte Marz, Mrs. Minnie Staeb, Mrs. Sarah Burr and Mrs. Bertha Kusterer are all deceased. Of her brothers, Will, Frank, Charles and Bert, only Bert is still alive.
He joined her for her early birthday celebration on his way to Chicago where he and his wife will live. She will be 88 on Nov. 25.
Mrs. Kielwasser and her husband celebrated their 50th anniversary in 1947. He died in 1950 and she has lived with her daughter, Mrs. Paul Preketes of Crest Ave., since then.
Besides Mrs. Preketes, Mrs. Kielwasser has one daughter, Mrs. H. R. Van Kleek of St. State St., and a son, George. She has seven grandchildren and three great-grandchildren.