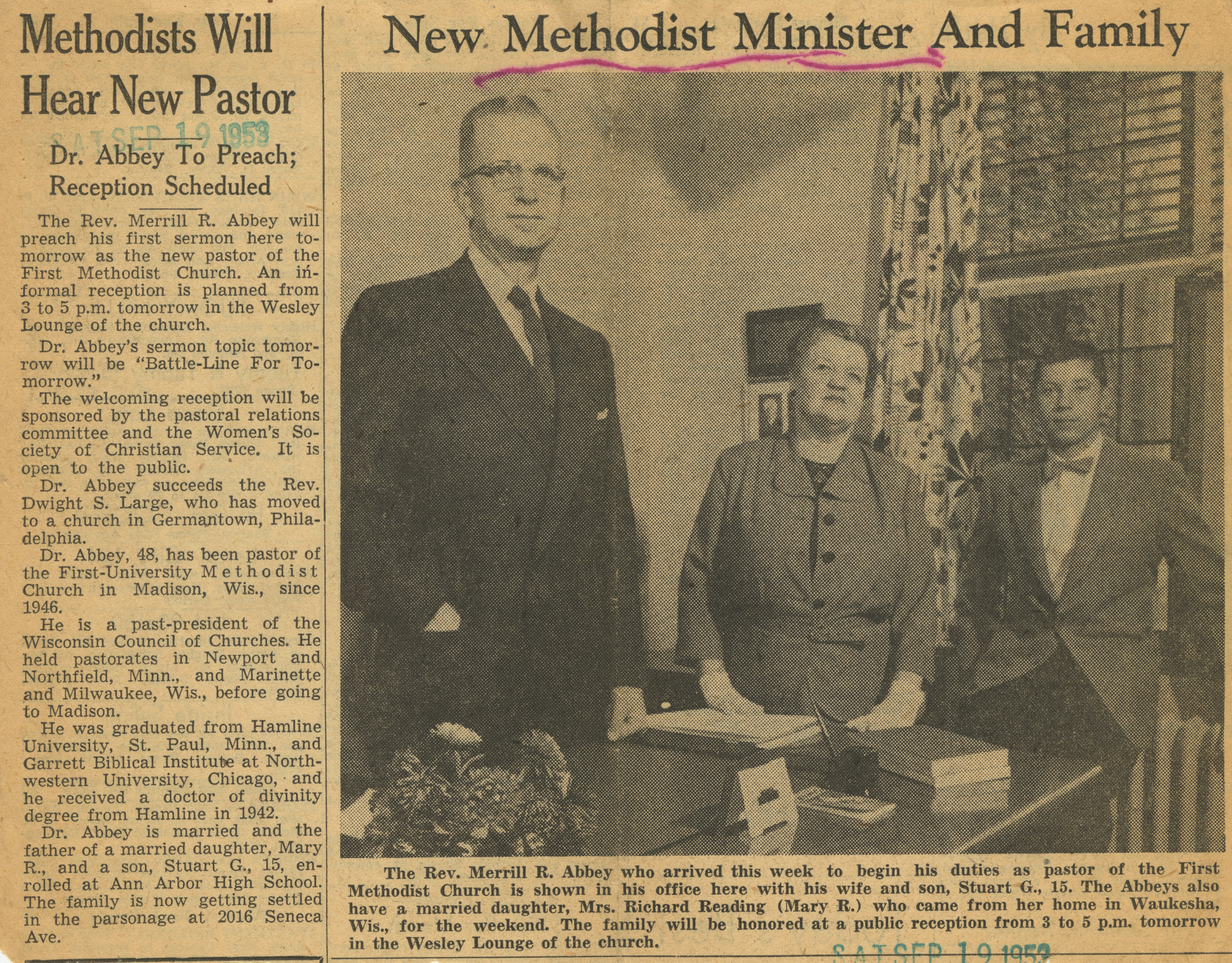 The Rev. Merrill R. Abbey will preach his first sermon here tomorrow as the new pastor of the First Methodist Church. An informal reception is planned from 3 to 5 p.m. tomorrow in the Wesley Lounge of the church.

Dr. Abbey’s sermon topic tomorrow will be “Battle-Line For Tomorrow.”

The welcoming reception will be sponsored by the pastoral relations committee and the Women’s Society of Christian Service. It is open to the public.

Dr. Abbey succeeds the Rev. Dwight S. Large, who has moved to a church in Germantown, Philadelphia.

Dr. Abbey, 48, has been pastor of the First-University Methodist Church in Madison, Wis., since 1946.

He is a past-president of the Wisconsin Council of Churches. He held pastorates in Newport and, Northfield, Minn., and Marinette and Milwaukee, Wis., before going to Madison.

He was graduated from Hamline University, St. Paul, Minn., and Garrett Biblical Institute at Northwestern University, Chicago, and he received a doctor of divinity degree from Hamline in 1942.

Dr. Abbey is married and the father of a married daughter, Mary R., and a son, Stuart G., 15, enrolled at Ann Arbor High School. The family is now getting settled in the parsonage at 2016 Seneca Ave.

The Rev. Merrill R. Abbey who arrived this week to begin his duties as pastor of the First Methodist Church is shown in his office here with his wife and son, Stuart G., 15. The Abbeys also have a married daughter, Mrs. Richard Reading (Mary R.) who came from her home in Waukesha, Wis., for the weekend. The family will be honored at a public reception from 3 to 5 p.m. tomorrow in the Wesley Lounge of the church.